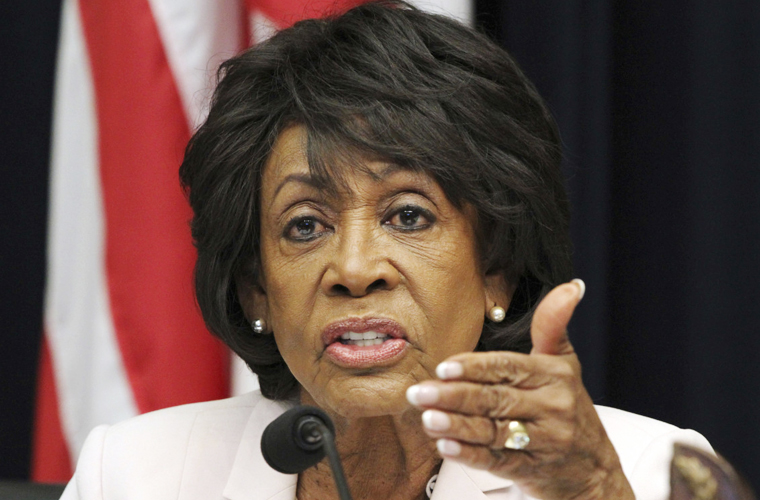 Considered by many the most powerful black woman in American politics, Maxine Waters has been a member of the U.S. House of Representatives since 1991. After a distinguished career as a legislator in California—where she was known as a staunch defender of the rights of African Americans, women, and the poor—Waters won election to the Congressional seat being vacated by octogenarian fellow-Democrat Augustus F. Hawkins. Throughout her career in politics, Waters has been famous for her outspoken and confrontational manner, and her persistence in pursuing the interests of her constituency. As she told Essence Magazine in November 1990, “If you believe in something, you must be prepared to fight. To argue. To persuade. To introduce legislation again and again and again…. Too many Black politicians want to be in the mainstream…. My power comes from the fact that I am ready to talk about Black people.”

Born in 1938, Waters was one of thirteen children in a poor family living in a housing project in St. Louis, Missouri. She credits her childhood for making her what she is today—competitive, outspoken, and determined. “Just getting heard in a family that size is difficult,” she explained in Ebony. Waters’ mother, Velma Moore Carr, struggled to support her family by working intermittently at a series of low-paying jobs augmented by welfare. Waters described her mother in Ebony as “a strong woman, a survivor,” whose determination served as an inspiration.

Although Waters’s high school yearbook had predicted that one day she would be the Speaker of the House of Representatives, Waters found that possibility to be extremely remote. After graduating from high school, she married and had two children. In 1960 the family moved to Los Angeles, where Waters worked at a few menial jobs before taking an opportunity to organize a Head Start program in the suburb of Watts. “Head Start made a significant difference in my life,” Waters stated in Essence. “It helped me see how I could help people, and it helped steer me into politics.”

In the late 1960s, she entered California State University at Los Angeles to study sociology. By the time she earned her degree, she was divorced and raising her children alone. Waters’ background is frequently cited to explain why she fights so passionately for such issues as education and affirmative action. In Essence, she explained: “I just want to make life better for some people. Everybody deserves a good quality of life. There is too great a divide between the haves and the have-nots, and I believe I can do something to change that.”

Waters got her start in politics as the chief deputy to Los Angeles city councilman David Cunningham. She managed Councilman Cunningham’s campaigns and was actively involved in the campaigns of Senator Alan Cranston and Los Angeles mayor Tom Bradley. She gained a reputation for superb legislative ability and determination. Although her move into state politics was natural, it was also a rough transition. Because some of her colleagues regarded her as a maverick, Waters found all sorts of roadblocks when she arrived at the California State Assembly. Waters told Ebony that the early difficulties she had were a result of “this perception they had of the Black woman coming from Los Angeles who needed to be taught a lesson.”

The first thing Waters did was to take on women’s issues and travel throughout California, organizing and talking to women who had never before heard from a legislator. Waters believes that this experience helped to shape her leadership ability. The Speaker of the Assembly, Willie Brown, Jr., provided support and guidance as Waters learned the system.

While a member of the California State Assembly, Waters introduced and passed legislation on minority and women’s tenants’ rights and on limits on police strip searches. Her greatest challenge, however, was maintaining patience throughout the eight years it took to pass legislation divesting California state pension funds from companies doing business with South Africa. She reintroduced the bill six times before it passed in September 1986, demonstrating the perseverance that she maintains is necessary for success in politics.

Waters also succeeded in passing an affirmative action bill that required California to set aside 15 percent of all state contracts for companies owned by members of minority groups and 5 percent for companies owned by women. The bill was acclaimed as landmark legislation because it was the first major statewide bill to mandate such programs. Another of Waters’s pieces of legislation resulted in the creation of the nation’s first statewide Child Abuse Prevention Program. In 1984  Waters’s accomplishments were acknowledged when she was selected to chair the California State Assembly’s Democratic Caucus, the first woman to ever hold this post.