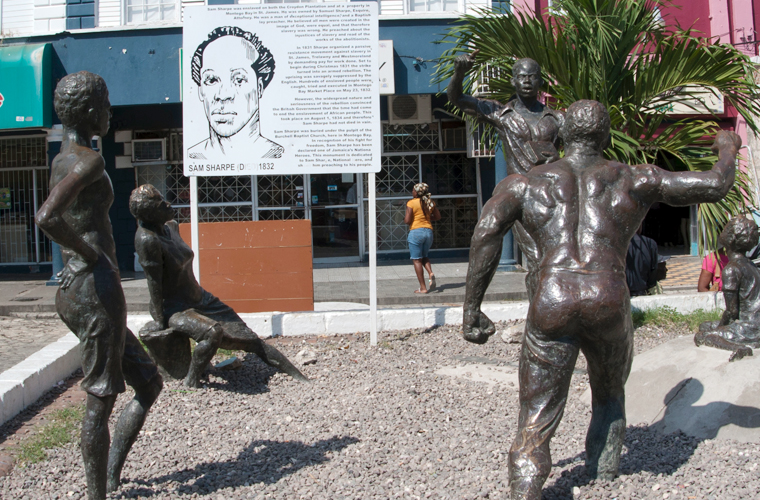 Samuel Sharpe was an enslaved person who fought for freedom by organizing a general strike in Jamaica. He was born in Jamaica in 1801 and brought up in Montego Bay. He was a literate and well-respected deacon who was in charge of a missionary chapel in Montego Bay.

He learned to read and write and became known as an inspirational Baptist preacher, who amazed people with the power of his sermons. He traveled widely throughout his parish, speaking about the injustices of slavery and pointing out that the Bible said ‘no man can serve two masters’.

White people, he said, had no more right to hold black people in slavery, than if it were the other way round. He keenly followed the developments of the abolition movement in England, by reading local and foreign papers.

When he was 31 years old, Sharpe organized a rebellion in the mistaken belief that freedom had already been granted by the British Parliament. The rebellion, which started in December 1831, was timed to have maximum impact, as Sharpe knew that if the ripe cane was not cut it would be ruined.

Sharpe suggested that the enslaved people did not go back to work after their three day Christmas holiday. He hoped the owners would pay the slaves to cut the cane so that it would not spoil.  Sharpe told his followers that they should only fight physically for their freedom if the planters did not accede to their demands.

The uprising lasted 10 days and spread throughout the entire island, mobilizing as many as 60,000 of Jamaica’s 300,000 enslaved population. Sam Sharpe was captured and executed in Market Square, Montego Bay on 23 May 1832.

Just before his death, he had said to a visitor: “I would rather die upon yonder gallows than living in slavery”. Sharpe’s owners were paid £16 in ‘compensation for their loss of property’.