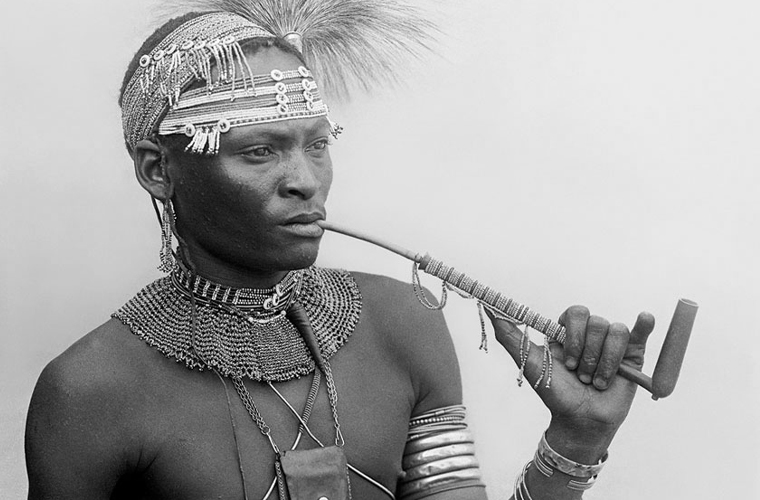 Tembu, also spelled Thembu, Bantu-speaking people who inhabit the upper reaches of the Mzimvubu River in Eastern province, South Africa. The Tembu speak a dialect of Xhosa, a Bantu language of the Nguni group that is closely related to Zulu.

In the early years of the 19th century the Tembu shared the cultural patterns associated with other Nguni-speaking groups, including patrilineal descent and virilocal residence systems; exogamous marriage with the payment of bridewealth (lobola) in cattle; and a division of labour in which women engaged mainly in hoe agriculture, cultivating millet and corn (maize), while men practiced animal husbandry. In the early and mid-19th century, however, the Tembu were caught between the expansion of European settlement from the southwest and the demographic and political dislocations caused by the Mfecane (“the Crushing”) that occurred with the expansion of the Zulu state under Shaka from their northeast. In 1825 a group of Mfengu refugees, fleeing southward from the Zulu, defeated the Tembu. At the same time, the Tembu were pressed by a growing Xhosa population that was unable to expand into new lands because of the steady expansion of European settlers from the west.

One by one the Xhosa groups were defeated by the Europeans, and the remaining Xhosa and Tembu were restricted to a shrinking geographical zone. Finally, in 1857, these pressures resulted in the cataclysmic cattle-killing episode, which occurred after a young girl had a vision that foretold the end of the European presence in the area if the people killed their cattle and destroyed their foodstuffs. As a result of their obedience to this vision, many Xhosa and Tembu died of starvation. With their domestic economy shattered, many Tembu and Xhosa had to leave the land to become migrant laborers.

Although they were never conquered by an army, the reputation of the Tembu chiefs suffered a decline after 1857. The British governor, Sir George Grey, was able to appoint European magistrates in Tembu country who came to be accepted as alternatives to the chiefs by many of the people. The work of Christian missionaries accelerated the erosion of the traditional Tembu way of life and their structures of authority. They split into progressives, or “School” people, who favored modernization along western lines; and traditionalists, or “Red” people, so named because of their use of red ochre in decorations, who spurned modern values and followed traditional ways.

Like the other peoples of South Africa, the Tembu have joined in the labor migrations that have characterized the South African economy since the establishment of the gold mines in the Witwatersrand in 1886. The people living in the areas of Tembuland have thus become increasingly dependent upon remittances sent home by migrant laborers for their survival. This dependence has been heightened by a decline in the ecological health of the Temba homeland because of overpopulation, overgrazing, and soil erosion.

African tradition and the dead