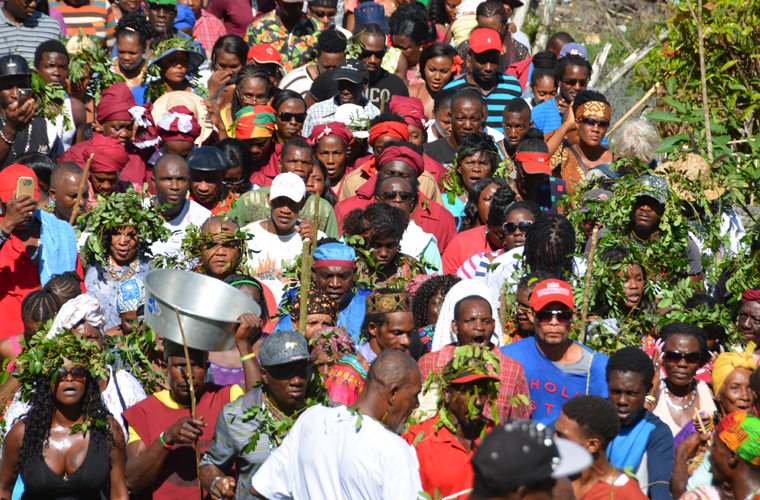 The institution of slavery was threatened when large groups of Africans escaped to geographically secluded regions to form runaway slave communities, often referred to as maroon communities. Such communities were established throughout the Americas, particularly in the Caribbean and Brazil. They developed their own culture, government, trade, and military defense against their European and American oppressors. In short, they attempted to live as free people, beyond the sight and control of the planters or colonial officials.

Major efforts were made by European militaries to track down and destroy maroon communities, but those attempts were normally rebuffed by the Maroons. For example, the British were unable to defeat the Maroons in Jamaica and therefore established a treaty with them. The black Caribs of St. Vincent and maroons in Suriname did the same.

Maroon communities also existed in Africa, from those who fled slave raiders or escaped from coffles along interior slave routes. Maroons also could be found in certain areas of North America, including the Great Dismal Swamp, straddling North Carolina and Virginia, and the Bas de Fleuve region of Louisiana.

On January 6 each year, the Accompong Maroons celebrate the anniversary of the signing of the 1739 peace treaty with the British. Held in Accompong, St. Elizabeth, this festival marks the victory of the Maroons in the first war against the British in which they fought for their freedom, led by their late hero Cudjoe.