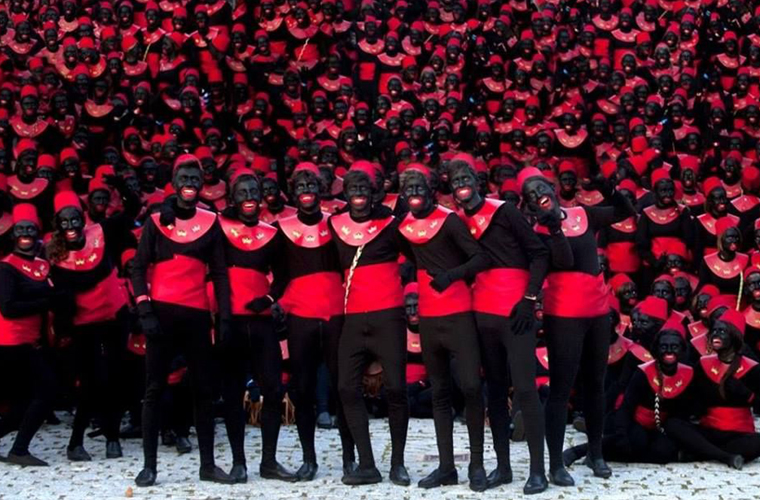 In the cavalcade of Kings of the city of Alcoi, with more than a century of tradition and one of the oldest in Spain, every year there is an entourage of pages with the face smeared with black paint that distribute the gifts in the houses of the neighbors who pay for performance. About 200 people in the municipality dress up with striking red lips, matching a suit, which they colloquially call “els negrets”.

The continuous complaints of anti-racist groups have achieved that in the majority of horseback riding the black paint is discarded to disguise someone of African or African descent. These groups have been pointing out for years that making a skin tone a cartoon is degrading. However, municipalities in which this tradition is a hallmark of identity – that of Alcoi is declared a Site of Cultural Interest, Fiesta of National Tourist Interest and spira to the recognition of Unesco since 2011 – hold on to the recognitions so as not to modify it.

The Afroféminas collective, which groups women of African descent and   Fighting to instill the racial perspective in feminism, he began a campaign through social networks last year for the residents of Alcoi to rethink their party. Through its website, the digital community has spread this week an open letter to the black pages, contributing their critical vision of the party, to which the portal Es Racismo has joined.

“Hundreds of young people from Alcoi will travel the streets of the town disguised as” negrets. “Last year we heard from some of you who did it for the children and to maintain their illusion. We are surprised that you do not think about those other children, that they also live in your city and they see how their humanity, their being, and their identity are represented as a slapstick, “alludes the collective.

Afroféminas considers that one of the main problems is that people do not understand that it is a problem: “It is impossible to understand why blacks are so angry about their use unless one knows what blacks see when we whites they paint their faces imitating blackness. “

The journalist Moha Gerehou, also a former president of SOS Racism Madrid, reflected on the same issue. In a video for the eldiario.es channel, the activist explains why painting black on a ride is racist and links this tradition with slavery.