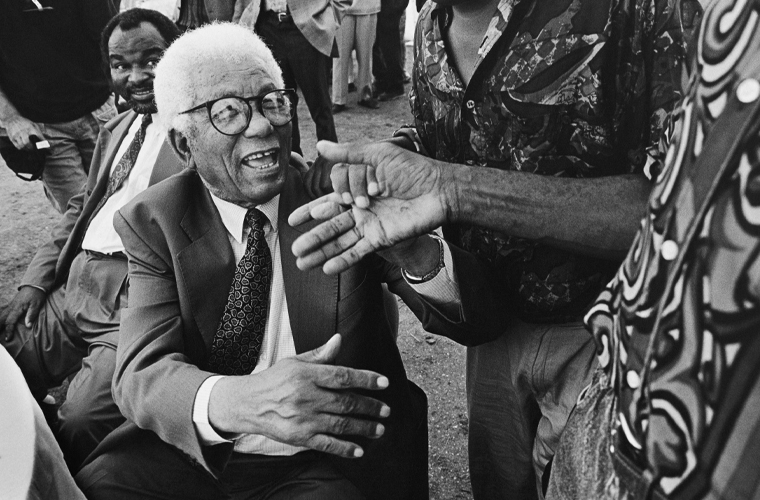 Walter Max Ulyate Sisulu, South African political activist (born May 18, 1912, Engcobo, S.Af.—died May 5, 2003, Johannesburg, S.Af.), was a political mentor of Nelson Mandela and a prominent African National Congress (ANC) member who helped lead the battle against apartheid, the South African government’s policy of racial discrimination. At the age of 15, Sisulu left his Anglican mission school to work at a dairy in Johannesburg. He went on to hold a variety of other jobs before eventually opening a real-estate business. Before joining the ANC in 1940, he had been involved in trade-union activism for some years. Sisulu met Mandela in 1941 and recruited him into the ANC. Under the leadership of Sisulu, Mandela, Oliver Tambo, and Albert Luthuli, the ANC and its Youth League sponsored nonviolent demonstrations, strikes, and boycotts to protest apartheid in the 1940s and ’50s. Along with Mandela and 154 others, Sisulu was arrested for treason in 1956, but he was acquitted after a four-year trial. He was arrested again with other top ANC leaders in 1963 and sentenced to life in prison the following year on charges of plotting to overthrow the government. He remained in prison until October 1989, four months before Mandela was released. Sisulu’s wife, Albertina, had become a leading anti-apartheid activist herself during his imprisonment. After his release, Sisulu served as deputy president of the ANC. Although Mandela was elected president of South Africa in 1994, Sisulu declined to seek a post in the new government and formally retired from the ANC at the end of that year, though he remained one of Mandela’s closest confidants.