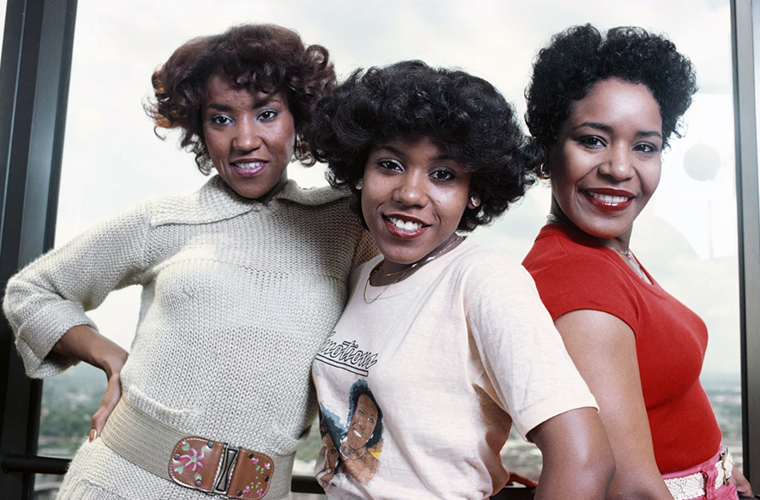 A trio of sisters with a strong gospel base, the Emotions (based in Chicago) were one of the leading female R&B acts of the ’70s. Lead singer Sheila Hutchinson and her sisters Wanda and Jeanette were only teenagers when they crashed the soul charts in 1969 with the engaging “So I Can Love You,” but they sang gospel as children and enjoyed secular fame locally before signing with Memphis-based Volt and working with producers Isaac Hayes and David Porter. When Stax folded in 1975, the group hooked up with Maurice White of Earth, Wind & Fire, an association that led to the number one pop/R&B hit “Best of My Love” in 1977.

Two years after Best of My Love, Maurice White and the Emotions collaborated on “Boogie Wonderland,” which was both a number two R&B and number six pop hit. They issued three more albums on White’s ARC label from 1979 to 1981 but were unable to duplicate their earlier success. They moved to the Red label for the 1984 LP Sincerely, which included the single “All Things Come in Time.” They issued three other singles from the album, but none made much impact, though each one charted. They then signed with Motown but issued only one album, If I Only Knew.

Sheila Hutchinson was a featured vocalist on Garry Glenn’s “Feels Good to Feel Good” in 1987. Younger sister Pam (who temporarily joined the group in the late ’70s and became a permanent member after the turn of the millennium) and Jeanette Hutchinson did background vocals on Helen Baylor’s gospel song “There’s No Greater Love” in 1990. Wanda Hutchinson and Jeanette sang on Earth, Wind & Fire’s Heritage in 1990. Pam Hutchinson died on September 18, 2020, at the age of 61.