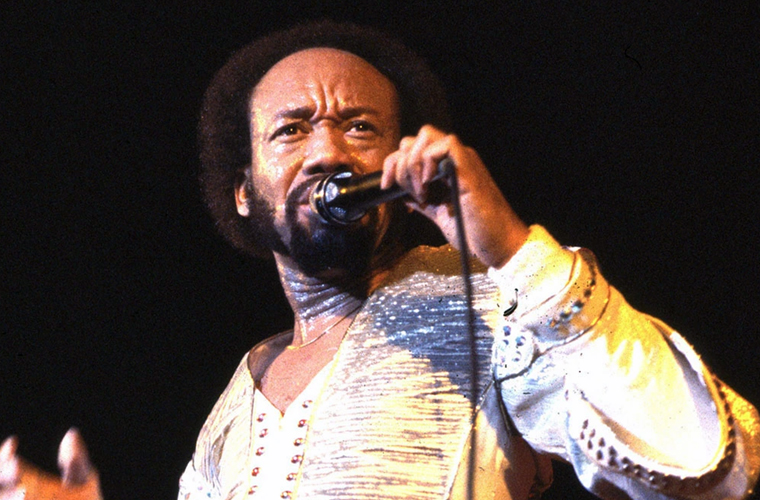 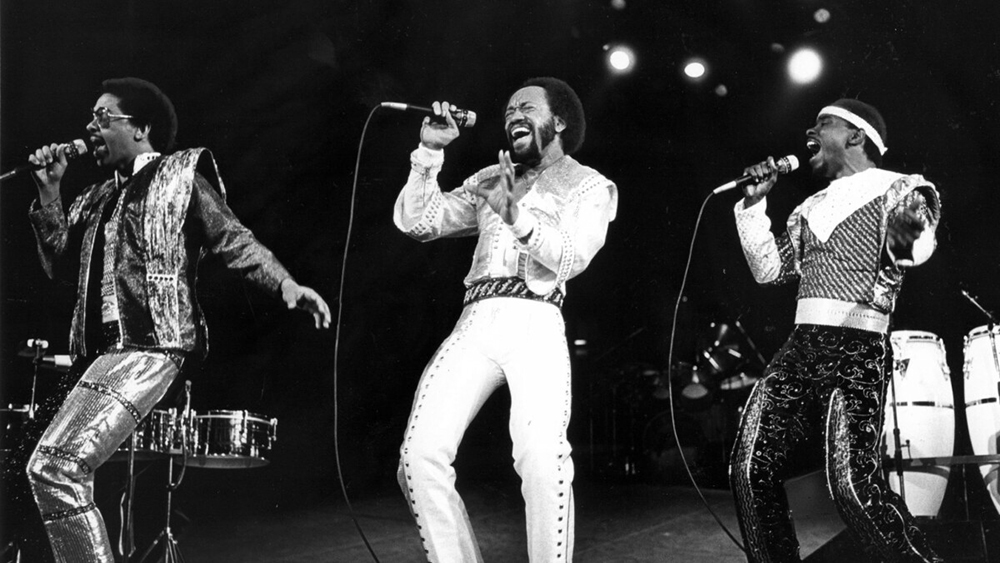 Born December 19, 1941, in Memphis, Tennessee, White got the concept of EWF from a drum and bugle corps band in his hometown. He formed the band after having touring stints with Santana, Weather Report, and Uriah Heep. One night after an EWF concert in Denver, Colorado, White briefly met singer, Philip Bailey. It was an encounter that was to prove vital to Bailey’s future and to the history of American pop music. Bailey left college a year later and decided to pursue a musical career in Los Angeles. Once he arrived on the West Coast, he hooked up again with Earth, Wind & Fire. Maurice White had arrived in L.A. only the year before with visions of creating a truly universal music group, one that was spiritually charged and ambitious in scope, defying boundaries of color, culture, and categorization. Those ideas appealed to Bailey as well and he joined the group in 1972. Bailey’s shimmering falsetto blended perfectly with White’s charismatic tenor.

First recording for Warner Bros. (the ballad “I Think About Lovin’ You” featured vocals by Jessica Cleaves and hit number 44 R&B in early 1972), then Columbia Records (debuting with the 1972 LP Last Days and Time), the group slowly began to build a reputation for innovative recordings and exciting live shows, complete with feats of magic (floating pianos, disappearing acts) engineered by Doug Henning. Their first gold LP, Head to the Sky, peaked at number 27 pop in summer 1973, yielding a smooth tangy cover of “Evil” and the title track single. The first platinum EWF LP, Open Our Eyes, whose title track was a remake of the classic originally recorded by Savoy Records group the Gospel Clefs, included “Mighty Mighty” (number four R&B) and “Kalimba Story” (number six R&B).

White once again shared a label roster with Ramsey Lewis, whose Columbia debut, Sun Goddess, was issued in December 1974. The radio-aired title track, released as a single under the name Ramsey Lewis and Earth, Wind & Fire, went to number 20 in R&B in early 1975. A smoking cover of Stevie Wonder’s 1973 number one R&B hit “Living for the City” got massive airplay. The Sun Goddess album went gold, hitting number 12 in pop in early 1975. White had also played on Lewis‘ other high-charting LP, Wade in the Water; the title track single peaked at number three in R&B in the summer of 1966. 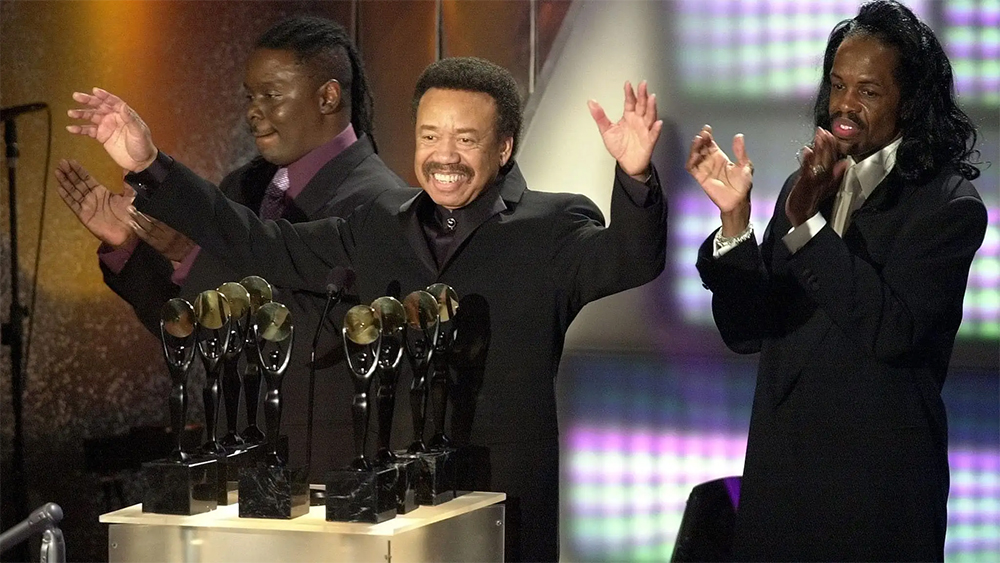 The inspiration for one of EWF’s most beloved singles, “Shining Star,” came from thoughts White had during a walk under the star-filled skies that surrounded the mountains around Caribou Ranch, Colorado, a popular recording site and retreat during the ’70s. The track was originally included in the That’s the Way of the World movie that starred Harvey Keitel and was produced by Sig Shore (Superfly). The film was said by some to be the most accurate music business-themed movie ever made. “Shining Star” glittered at number one R&B for two weeks and hit number one pop in early 1975. It was included on their 1975 double-platinum LP That’s the Way of the World, which held the number one pop spot for three weeks in spring 1975. The title track single made it to number five in R&B in the summer of 1975. It also yielded the classic ballad “Reasons,” an extremely popular radio-aired LP track. “Shining Star” was immortalized in a hilarious segment of TV’s Seinfeld when Julia-Louis Dreyfus unleashed a dance that became known as “the Elaine.”

The two-record half-live/half-studio two-million-selling set Gratitude held the number one pop LP spot for three weeks in late 1975. On the album were “Sing a Song” (gold, number one R&B for two weeks, number five pop), the Skip Scarborough ballad “Can’t Hide Love” (number 11 R&B), and the popular radio-aired LP tracks “Celebrate,” “Gratitude,” and the live version of “Reasons.” In 1976, White decided he want to record a spiritual album. The double-platinum LP Spirit parked at number two pop for two weeks in fall 1976 and boasted the gold number one R&B single “Getaway” and “Saturday Nite.” Spirit is remembered as one of EWF’s best albums and sadly for also being the last project of Charles Stepney, who died May 17, 1976, in Chicago, Illinois, at the age of 43.

The All ‘N All LP went triple platinum, peaked at number three pop in late 1977, won three Grammys, was co-produced by Joe Wissert, and had arrangements by Chicago soul mainstay Tom-Tom Washington and Eumir Deodato. The singles were “Serpentine Fire” (number one R&B for seven weeks) and “Fantasy.” The platinum greatest-hits set The Best of Earth, Wind & Fire, Vol. 1 included a cover of the Beatles’ “Got to Get You into My Life,” which went to number one R&B and number nine pop in summer 1978 (the flip side, the gentle acoustic guitar ballad “I’ll Write a Song for You” with lead vocals by Bailey, received massive R&B radio play). The group performed the song in the 1978 Bee Gees/Peter Frampton movie Sgt. Pepper’s Lonely Hearts Club Band. Another single, “September,” made it to number one in R&B and number eight in pop in early 1978. On the flip side was the enchanting popular radio-aired LP track “Love’s Holiday” from All ‘N All. 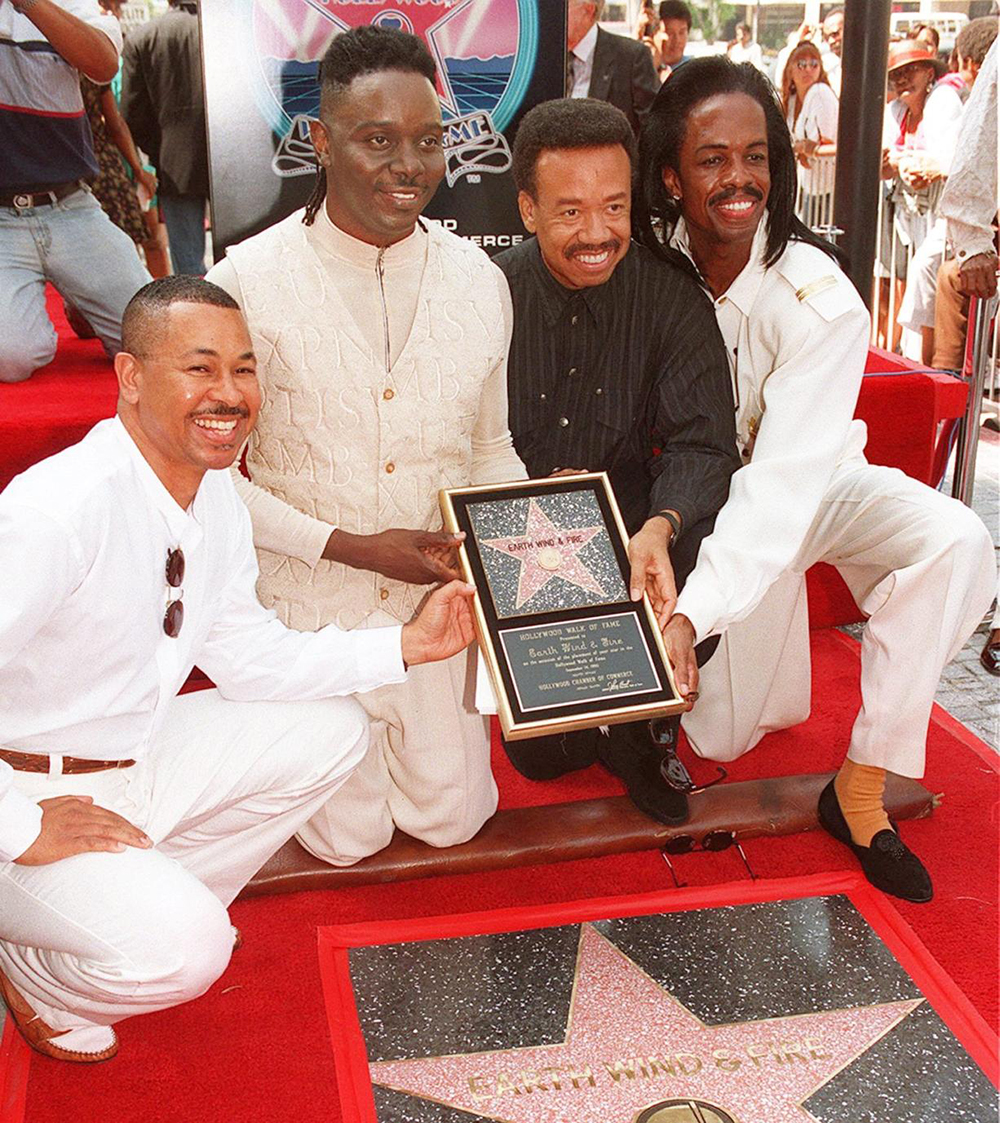 Around this time, Philip Bailey used members of Earth, Wind & Fire on an album that he produced for the singing group Free Life, signed to Columbia’s Epic imprint. Their single, the Bailey-written ballad “Wish You Were Here,” charted number 91 in R&B in early 1979. That and the other singles, “Stomp and Shout” and a non-LP single “Dance Fantasy” b/w “There’s Something Better,” as well as the album Free Life, had EWF influences. “Wish You Were Here” became a post-release collectible among soft soul music lovers and was included in various compilations. The two-million-selling I Am hit number three pop in summer 1979 on the strength of the million-selling single “Boogie Wonderland” with the Emotions (number two R&B for four weeks, number six pop) and the phenomenal gold ballad “After the Love Is Gone,” written by David Foster and Allee Willis, which stayed at number two R&B/pop for two weeks. Their Faces LP peaked at number ten pop in late 1980 and was boosted to gold by the singles “Let Me Talk” (number eight R&B), “You” (number ten R&B), and “And Love Goes On.” The million-selling funked-up “Let’s Groove,” co-written by the Emotions’ Wanda Vaughn and her husband, Wayne Vaughn, was the track that re-energized EWF’s career, parking at number one R&B for eight weeks and number three pop, causing their Raise LP to go platinum, hitting number five pop in late 1981. Their next gold album, Powerlight, made it to number 12 pop in spring 1983 and included the Top Ten R&B single “Magnetic.” Their Electric Universe LP stalled at number 40 pop in early 1974, breaking the band’s string of gold and platinum albums.

White decided he and the band needed a hiatus. He signed a solo deal with Columbia that resulted in a sweet cover of Ben E. King’s 1961 hit “Stand by Me” (number six R&B). Maurice White, issued in fall 1985, also included the chimney, island-flavored “Switch on Your Radio” and the airy ballad “I Need You,” a radio-aired LP track. White sang backing vocals on fellow Columbia artist Neil Diamond’s 1986 “Headed for the Future” and can be heard on Diamond’s 1996 best-of Sony CD In My Lifetime. Reuniting with EWF in 1987, the group scored yet another number one R&B single, “System of Survival.” The smash was included on the gold Touch the World album. EWF’s last charting pop LP was Millennium in the fall of 1993.

Earth, Wind & Fire (sans White) appeared on A&E’s live concert/call-in show Live by Request in July 1999. Also in 1999, White began a new Navarre-distributed label, Kalimba Records, whose roster included Freddie Ravel and the band Sixth Sense. Kalimba Productions scored hits with Deniece Williams, the Emotions, and DJ Rogers’ “Love Brought Me Back.” The following year, White announced that he had been diagnosed with Parkinson’s disease. He died from its effects at his home in Los Angeles on February 3, 2016, at 74 years of age.