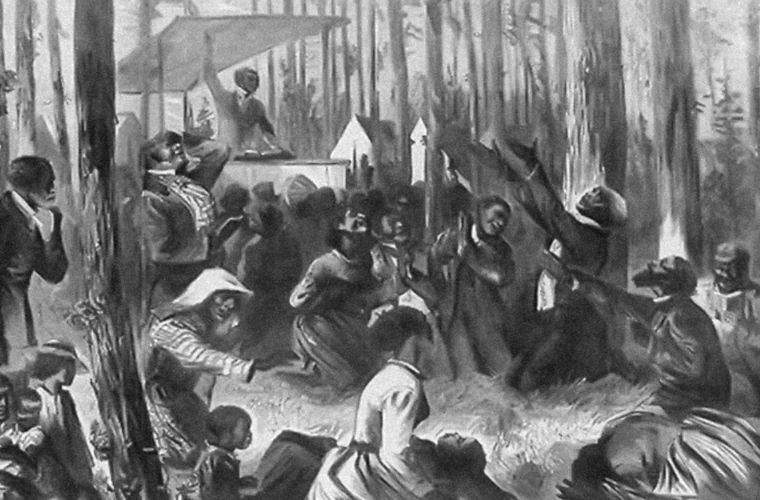 One of the most common misconceptions about Christianity was that it turned Africans into servile slaves. A more accurate reading suggests that Africans accepted and incorporated aspects of Christianity that were in keeping with their traditional belief systems. Others withstood centuries of slavery and missionary influence to practise traditional beliefs that thrived despite great attempts by the respective authorities to stamp them out.

Adherents to Islam also faced great restrictions on their ability to practise their religion openly. When Non-conformist missionaries stepped up attempts to evangelise Africans during the late 18th century it was noted that the African Muslims still held on to their tendency to pray with their arms open, as opposed to the Christian way with hands clasped.

The Africans who embraced Christianity identified closely with the Bible’s view of freedom, equality and justice and especially drew parallels between their own situation and the Hebrew people in the Book of Exodus. Indeed, such was the potency of this Old Testament story that many clergymen were instructed to avoid it in their Bible lessons. However, for the Africans it demonstrated that God was on the side of the oppressed and would send a Moses to free them. It was ironic that for Africans, the Americas (the USA in particular) represented the Biblical Egypt or Babylon – a place from which to escape – while for persecuted European Christians it was the Promised Land.

It is no coincidence that in the Diaspora, ‘leaders’ in the Black community are invariably men and women of faith; a trait that is traceable to slavery. During this era, a religious leader was deemed to be called by God and given wisdom and power to lead and practically all the leaders of slave insurrections were men and women of faith (or were ‘protected’ by prayers or hexes) such as Tacky (Tacky Rebellion), Nanny of the Maroons, Toussaint and Boukman (Haiti), Sam Sharpe (Jamaica), Nat Turner (USA), Quamina (Guyana) etc.

Moreover, many slave insurrections such as the ‘Tacky’, ‘Bussa’ and ‘Christmas’ Rebellions occurred during Christian religious festivals. There is little doubt that Africans took umbrage at the hypocrisy of those who claimed to be followers of a merciful God, yet forced his ‘children’ to work on holy days.