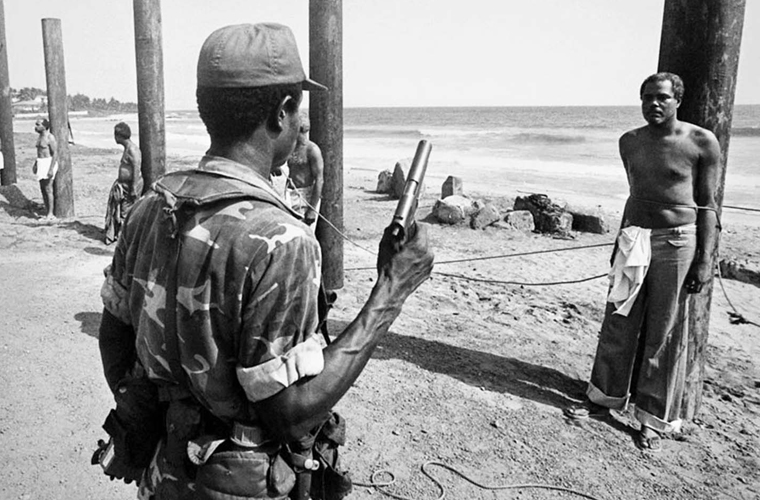 The country of Liberia was founded in 1821 by former slaves from the United States of America as a result of the end of the transatlantic slave trade and the efforts of the American Colonization Society (ACS).

The ACS was the most actively involve the organization in bringing a halt to the slave trade. The ACS organization was established in 1816 to sponsor the settlement of “free persons of color” in Africa. The ACS concerns were on a humanitarian, social and religious basis. In association with the church and other antislavery groups, the ACS lobbied effectively for legislation to halt the slave trade. Although the ACS did not receive direct financial aid from the United States government, it was still appointed as the custodian of re-captives under its protection by the government.

There were many reasons for founding Liberia. Many humanitarians strongly believed that the slave trade was a crime against humanity and a crime before God. Likewise, many others looked at ending the slave trade as a means of better “civilizing” Africa which would later, better aid in the spread of Christianity. Also, many white American supporters wished to correct the injustices done to the blacks through the institution of slavery in the United States. The main economic reason behind the abolition movement was the need for new markets for surplus manufactured goods caused by the spread of the Industrial Revolution. An increasing number of Americans considered the existence of freed blacks in the United States a threat. Some believed that the freed blacks could realize their potential better in Africa, while others believed that black Christians could promote Christianity in Africa.

It was this movement to send freed blacks back to their “native country” which led to the founding of Liberia. The earliest recorded arrivals of freed slaves in Liberia was as early as 1822. However, it wasn’t until the 1840s and 50s that the settlement populations in Liberia were dramatically increased. Later on, Liberia was even used as a temporary shelter for re-captives. By the year 1870 Liberia had attracted 13,000 immigrants from the United States. After the year 1870 emigration dramatically decreased, since blacks realized that life in Liberia was hard. Approximately 60% of these immigrants were emancipated slaves, many of whom had been freed or had purchased their freedom in order to migrate to Liberia.

In 1847 the Americo-Liberians declared the independence of the Republic of Liberia. Liberia’s capital, Monrovia, was named after the United States president James Monroe and its government was modeled on that of the United States, suggesting the close ties between the two countries. However, it wasn’t long until, in 1877, the True Whig Party monopolized political power in the country, and competition for office was stifled by the party. Although it was democratic in structure, it was not democratic in practice. Overall, the founding of Liberia, although thought by many to be a just and reasonable action for the United States to take, turned out to be a somewhat unsuccessful action, as the anticipated results never occurred.