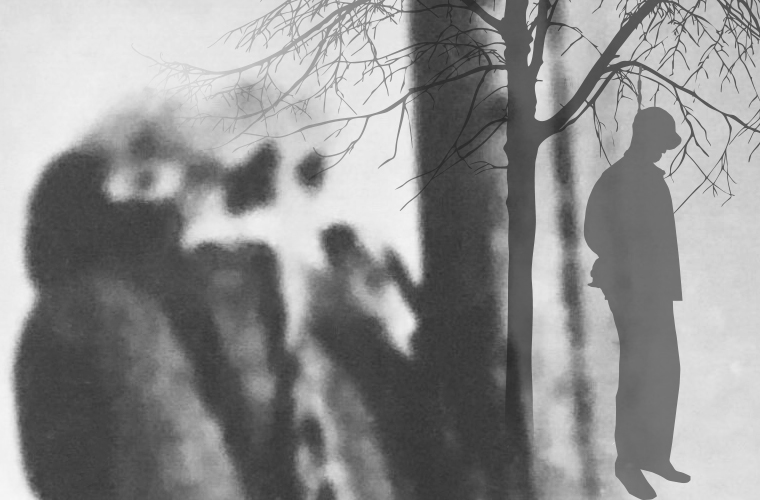 Joel Woodson of Omaha, Nebraska was lynched by a mob in Green River, Wyoming on December 10, 1918, at the Union Pacific Railroad yard. He had come to Green River for work three months earlier, leaving his wife and family in Omaha. Woodson was an African American janitor at the Union Pacific Social Hall and had sat down at the lunch counter to order breakfast. He ordered sausage, but the unnamed white waitress brought him fried mush instead. Angry over the mistake, Woodson argued with the waitress calling her a “damned liar” when she told him that his order could not be furnished. She then threw three salt shakers from the counter at Woodson. Whether she had misunderstood the order, the sausage was unavailable, or she had no regard for Mr. Woodson’s preference is unknown. 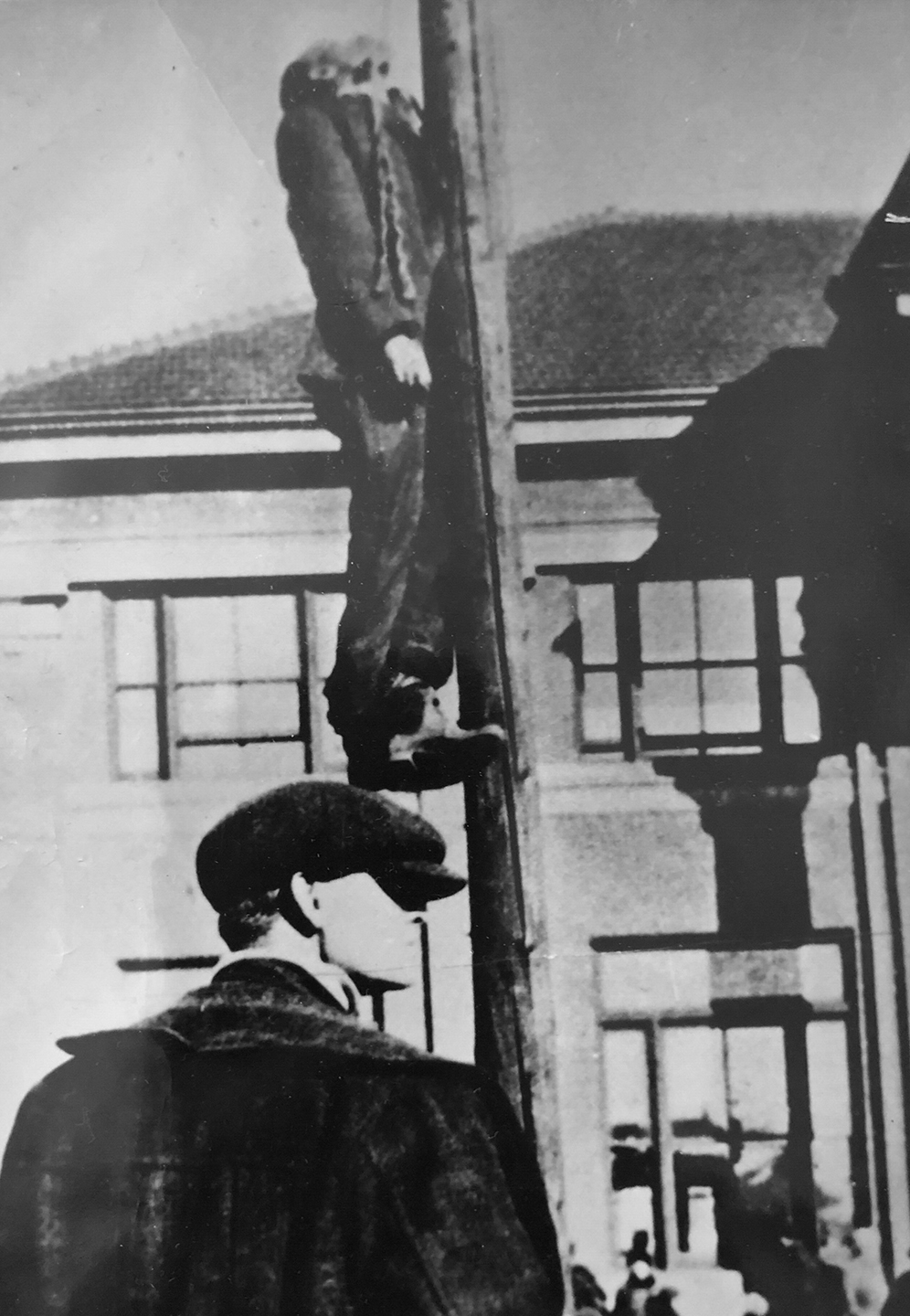 The commotion caught the attention of railroad switchmen, Ed Miller and E.J. Curtis. They escorted Woodson to the door, slapped him on the back, and suggested that he get out before there was any more trouble. Infuriated at the treatment he had received at the company restaurant, Woodson returned to his room at the Union Pacific Social Hall to retrieve his gun.

Returning to the restaurant where Miller and Curtis had just finished their breakfast and were exiting the establishment, Woodson drew his revolver and warned the two men that they would never lay a hand on him again. He began firing shots hitting Miller twice in the chest and killing him instantly. Curtis, attempting to escape to the Union Pacific Depot, was shot in his wrist. With both men down, Woodson attempted to make his get-away but was captured nearby at Peter’s Garage by Special Officer Matt McCourt who arrested him and booked him in the Sweetwater County Jail in Green River.

Upon learning that Miller was dead, a large crowd of angry white men gathered and marched to the jail demanding that Woodson be turned over to them. Attorney T.S. Taliaferro attempted to calm the mob of over five hundred men, but only infuriated the crowd further. In the meantime, officers fearing the crowd’s intent hid Woodson in the coal bin of the jail to protect him from the mob. He was discovered, seized by the irate men, and dragged to the depot. As they dragged Woodson across the yard, his head hit the track rail knocking him unconscious.

Joel Woodson was hanged from a telegraph pole in front of the Union Pacific Depot. Within ten minutes of the hanging, the mob dispersed. Meanwhile, Woodson’s lifeless body hung from the pole for three hours until the coroner from Rock Springs, Frank Rogan, arrived. Joel Woodson’s body was cut down from the telegraph pole and taken to Rock Springs to be prepared for burial. The whereabouts of Woodson’s grave are unknown.

County Attorney Fred W. Johnson vowed to call a grand jury to investigate Woodson’s lynching. However, not a single member of the mob was ever identified. No charges were recorded for the lynching death of Joel Woodson on the morning of December 10, 1918.