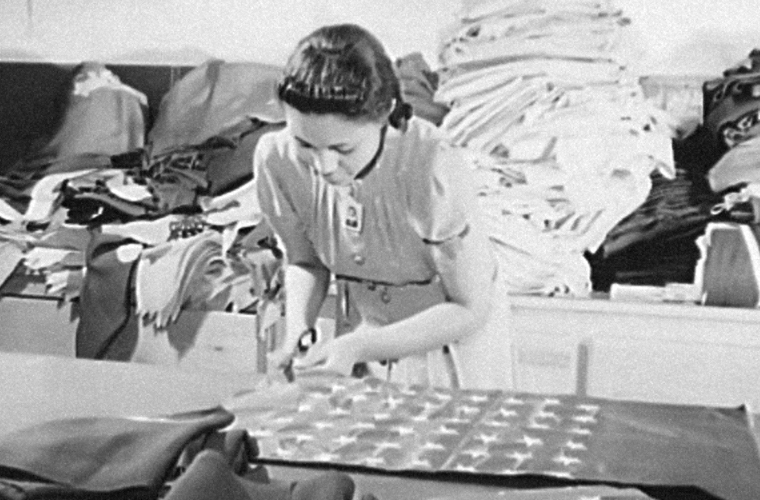 Two hundred years ago, an African American girl made history—literally. She was an indentured servant named Grace Wisher in the household of Mary Pickersgill. Helen Yuen and Ms. Asantewa Boakyewa of the Reginald F. Lewis Museum share her story.

Mary Pickersgill is often credited with sewing the Star-Spangled Banner which flew over Fort McHenry in Maryland and inspired Francis Scott Key to write our national anthem. Less known is that Grace Wisher, an African American girl at just 13 years old, also helped make the flag. It’s another testament to the deeply rooted, yet oft unmentioned, contributions of African Americans to the very core of this country. 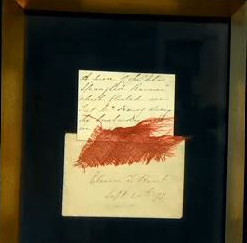 Indenture was a waning practice in early 19th century Baltimore, although Maryland law did allow for courts to take away children of African Americans who were considered “lazy, indolent, and worthless free negroes” to bind the youngsters into apprenticeship. Orphans usually met a similar fate.

The size of the Star-Spangled Banner and its six-week timeline for completion would have necessitated many people working on the flag, including Mary Pickersgill’s three nieces and Grace Wisher. The household also had an enslaved person, whose name we do not know.

The home where Pickersgill and Wisher lived is now a museum called the Star-Spangled Banner Flag House. It holds a 1962 painting by famed Baltimore artist Robert McGill Mackall. The portrait features the Pickersgill household and the three men who commissioned the garrison and storm flags for Fort McHenry: Commodore Joshua Barney, General John Stricker, and Colonel George Armistead. As a tribute to Wisher, the Star-Spangled Banner Flag House drew in a ghost figure into the painting that represents the young girl. Due to our uncertainty of what she looked like, the placeholder is a traced line, but the recognition is tangible. 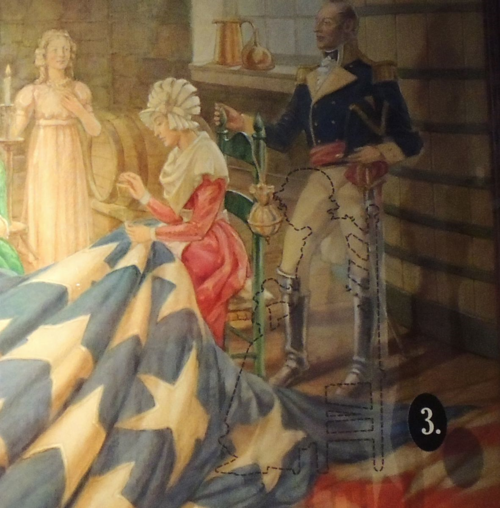 The likeness of Grace Wisher is unknown. However, the Star Spangled Banner Flag House is home to a portrait with her figure traced in, to recognize her contribution. Detail of “Placing the Stars on the Flag that Inspired Francis Scott Key to Write Our National Anthem” by Robert McGill Mackall, ca. 1962.

A major show inspired by Wisher is now on view at the Reginald F. Lewis Museum of Maryland African American History and Culture in Baltimore, Maryland. The exhibition For Whom It Stands: The Flag and the American People chronicles the flag through our nation’s history and culture. Coming full circle, the museum and exhibition are on the same city block where Wisher once lived and sewed the flag. Although none of Wisher’s personal effects are on display there and may have been lost to history, her untold story is a major theme of the show.

Visitors can see a photograph of a young African American woman taken in 1942, for example. She is carefully handling flags in a quartermaster corps depot. Her name is not known. In a sense, she is a modern-day Grace Wisher because of her forgotten contribution. The photograph also challenges notions of commonly-held beliefs of what patriotism looks like. 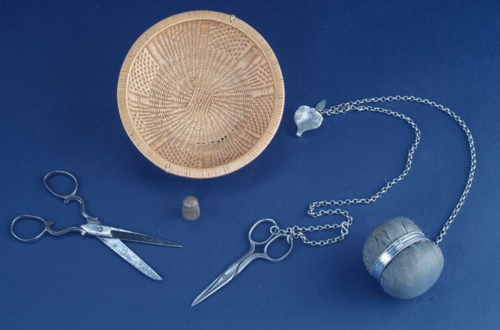 Needles, scissors, pins, and chatelaine from the, early 1800s, of the type Pickersgill and her assistants would have used to make the flag.

Untold stories are woven throughout the 3,200-square-foot exhibition of over 100 artifacts and artwork. A photograph is on view of the Navajo code talkers who communicated with soldiers to raise the U.S. flag at the Battle of Iwo Jima, and a mixed media work by Chinese-American Flo Oy Wong about the detention of Chinese immigrants at Angel Island. For Whom It Stands is on view May 17, 2014 – February 28, 2015.

Wisher’s legacy lives on in the Star-Spangled Banner and is a reminder that we should share other untold stories about the flag, before they too are lost. 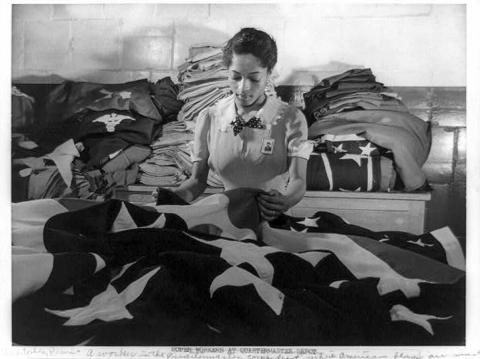 Making flags for military use in the quartermaster corps depot in Philadelphia, Pennsylvania. 1942 photograph by Howard Liberman. Courtesy of the Library of Congress.