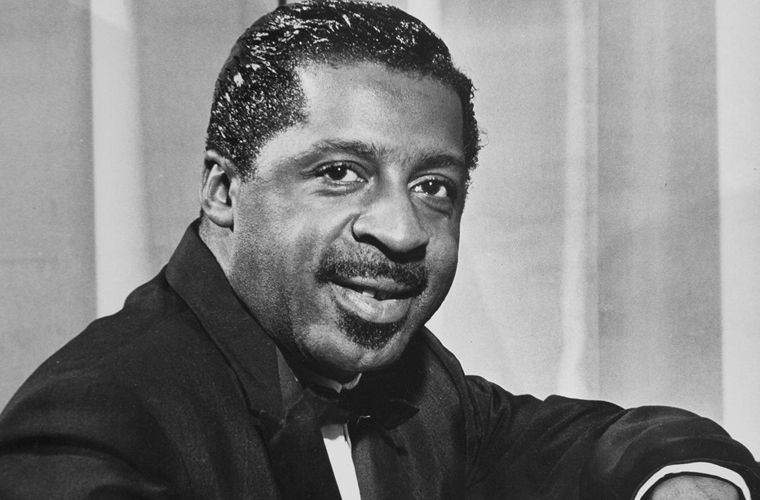 It’s not at all unusual for artists to engage in creative or financial differences with their record labels, but only a few end up in court. Last year, Kanye West sued his label, Universal, and publisher, EMI, claiming that his deals amounted to “servitude” (the EMI suit was settled in September), echoing Prince’s famous battle with Warner Bros. 25 years before, in which the artist painted the word “slave” on his face to protest his contract with Warner Bros. before parting ways with the label in 1996. Brad Paisley sued Sony Music over a royalty dispute in 2014, Trent Reznor engaged in a bitter legal battle with his first label, TVT; the list goes on.

However, you have to dial back to 1960 to find the major precedent: when star jazz pianist Erroll Garner sued Columbia Records for breaking his contract — and won after a nearly three-year battle in a New York Supreme Court decision.

It was a landmark case that has been largely forgotten. “The Erroll Garner story is an important one,” says UCLA history professor and author Robin D.G. Kelley. “The context is the ‘50s at the height of Garner’s power. He was winning DownBeat polls and other international prizes. He was at the top of his game, and his manager, Martha Glaser (pictured above, right, with Garner), had worked out a contract with Columbia with an unprecedented clause giving Erroll the right to approve the release of any of his recorded music.”

Best known for composing the classic “Misty,” Garner had been a goldmine to Columbia thanks to his 1955 album “Concert by the Sea,” recorded live with his trio at Carmel-by-the-Sea in California. It was a hit album of his characteristic swinging, eccentric, polyrhythmic singular style that had sold a million copies by 1958. Glaser had signed the artist to a five-year deal with Columbia in 1956 and was in the midst of renegotiating it when in 1960, the label began to release songs from Garner’s prodigious backlog of studio recordings without his consent. Legendary jazz A&R executive George Avakian had championed Garner at Columbia, but he was replaced R by pop producer Mitch Miller, the mentor of singer Bobby Darin (who’d incidentally scored a big hit with “Misty” in 1959). Somewhere in the mix, Columbia overlooked Garner’s right to release approval.

Legendary talent scout and producer John Hammond (who discovered Billie Holiday, Bob Dylan, Aretha Franklin, and Bruce Springsteen, among others) had just returned to Columbia after a hiatus. Garner reached out to him via a telegraph. He wrote in 1960: “I must demand that you immediately withdraw ‘Swinging Solos’ record album which your Columbia Records subsidiary released … this took place despite my written notice to your record people … the material was not approved and was unworthy of public sale. As a matter of ethics, I am amazed that release took place precisely at the time my manager was meeting with [you] at [your] request and while [you] were assuring her that the album would not be released.

“Is it you feel you can sandbag me because I am a Negro artist?” Garner continued. “Must demand that sale and distribution of album stop immediately and that it be recalled from press, radio people and record dealers who have previously received it … because it not only violates my artistic integrity but that of every artist on your label.”

Garner and Glaser sued Columbia, the label hit back with a countersuit in federal court, which meant the pianist had to pony up $40,000 for a cash bond; friends helped him to fund it. In a statement at the time, Garner wrote: “I paid the cash bond because I felt, and I feel, that not only my rights are at issue in this case, but the rights of my fellow members of the record and music industry are involved, and it became deeply urgent to sustain the injunction. I truly hope that the future for all recording artists might hold greater security for the creative property as a result of this action.”

During the course of the lengthy litigation of lawsuit and counter lawsuits, Columbia released two more of Garner’s sessions (“The One and Only Erroll Garner” and  “The Provocative Erroll Garner,” a title that in itself was provocative, given the situation). The pianist was forced to sit out two and a half years of recording at the height of his career. Some speculate that the absence is a major reason why he’s not as lionized today as contemporaries like Dave Brubeck.

Kelley points out another factor in the dispute, which started in 1958 when the Saturday Evening Post wrote a negative portrayal of Garner, a self-taught master improviser who couldn’t read music. “They portrayed him as a happy, naïve guy,” Kelley says. “They said he was out of touch with reality. When asked about Bach, the writer said Erroll thought it was some kind of beer. They said he was illiterate and set Garner up as someone who had nothing to do with money and didn’t care. The mainstream press saw him as an idiot savant.” In contrast, Kelley says that the black press, where his battle was a headline story, heralded him as a sober, articulate, intelligent David-who-beat-Goliath. I feel this can be seen as a civil rights case as well as a precedent for artists.”

When Garner won his landmark case of making a groundbreaking statement on an artist’s freedom, he received a cash settlement, his masters were returned and Columbia agreed to recall and destroy the records it had released without his approval, although many of those albums ended up for sale on the black market (it’s possible that distributors, rather than Columbia, were responsible for illegally selling the albums).

The money funded the launching of Garner’s own independent label with Glaser. With Glaser producing, Garner recorded 12 albums in 18 years for Octave Records. Those albums were distributed by different companies through the course of the label’s existence.

“That was also a remarkable feat,” says Peter Lockhart Senior Producer of the Erroll Garner Jazz Project and a vice president of Octave Music. “As far as we know, that was the birth of an artist doing his own licensing deal.”

Kelley agrees. “What Erroll did was set a precedent for artists,” he says. “They could have the rights to their own material.”

In her 1981 correspondence with Hammond, four years after Garner’s death, Glaser contended that the lawsuit was about much more than finances. The exec replied, “I often wonder how an artist with Mr. Garner‘s legal problems vis a vis with CBS, given his artistic and sales importance at the time, would be treated today by lawyers and executives for the company. Erroll was possibly the first Black artist — or artist of any color — to stand up to a major record company (at a time when Black artists had difficulty even in getting good lawyers)….The public knew little of what was happening (unlike today when any squabble between an artist and a company is headline news) because Mr. Garner’s attorney insisted on no publicity for the three years of litigation and Garner’s recording career was on ice.”

For his part, Hammond wrote in the correspondence, “Erroll was a wonderful artist. The greatest mistake he ever made was in leaving CBS for purely financial reasons. I did my best to patch things up.”

While Garner’s Octave output didn’t have Columbia’s marketing muscle, it did give him the freedom to record new music, including live shows. This year the Octave Remastered Series, issued by Mack Avenue Records, was launched with the rerelease of all 12 Octave Garner albums, with restored master takes and newly discovered unreleased songs. “You can hear how Erroll plays with freedom on these albums,” says Lockhart, the senior producer of the series. “For ‘Dreamstreet,’ his first album on Octave, he was discussing repertoire with Martha. While Erroll played an ‘Oklahoma!’ medley at his concerts, he had never recorded it. He wasn’t sure, but Martha said, ‘You can do whatever you want now.’ So Erroll jumped at the chance and recorded [‘Oklahoma!’ songs] ‘Oh, What a Beautiful Morning, ‘People Will Say We’re in Love’ and ‘Surrey With the Fringe on Top.’ He didn’t have to ask a label for permission.”

The Octave Remastered Series began in late September with four Garner albums and will continue with reissues monthly through June of next year.

“There is so much to discover about Erroll,” says pianist Christian Sands, the estate’s creative ambassador, whose goal is to reimagine Garner’s music in his band for audiences into the foreseeable future. “He was at the forefront of so many things. In his music, he was a pioneer in crossing genres from classical to jazz to pop to Latin jazz. And he broke barriers socially. Here was a black artist with a Jewish manager at a time in the heat of an environment of racism. And Martha was on the front lines of the civil rights movement. And the two of them were great at dealing with contracts. They pushed back. If things weren’t right, they said, ‘Okay, we’ll walk.’ They knew how to call their bluff.”