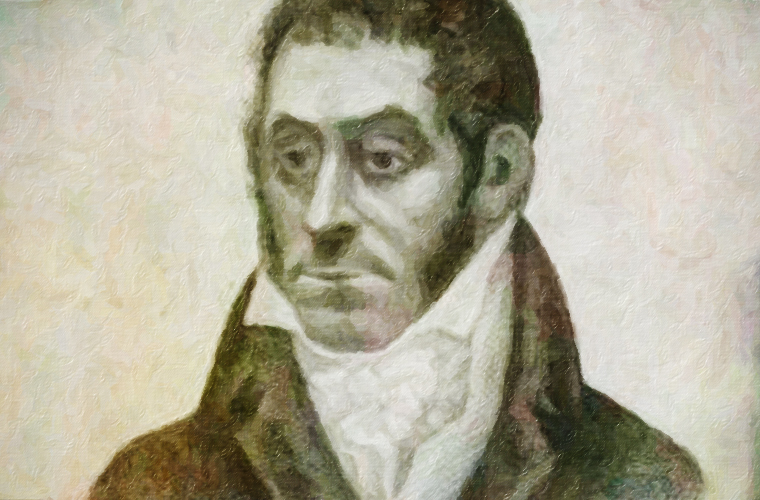 Thomas Thistlewood (16 March 1721 ‒ 30 November 1786) was a British citizen who migrated to western Jamaica where he became a plantation overseer and owner of land, property, and slaves. His diary is considered an important historical document chronicling the history of Jamaica and slavery during the 18th century. He is also known for keeping a detailed account of the treatments of his slaves as well as his sexual relationships with them.

Thomas Thistlewood (1721-1786), was born in Tupholme in Lincolnshire, England. The second son of a farmer, he was educated in Ackworth, West Yorkshire, where he received training in mathematics and in “practical science.” He inherited 200-pound sterling from his father at the age of six, but the majority of the estate was given to his brother, thereby giving him the opportunity to leave England. After a two-year voyage on one of the East India Company’s ships as a supercargo, Thistlewood returned to England briefly at 29 and decided to seek employment in Jamaica, emigrating in 1750.

On February 1st, 1750, he boarded the Flamborough to Savanna la Mar, Jamaica. He had letters of recommendation but no arranged employment. He arrived on the island on May 4th.

He began his Caribbean life as an overseer of sugar plantations, primarily at a plantation named Egypt owned by John Cope and William Dorrill. The plantation was in Westmoreland Parish, where he supervised numerous slaves in sugar production. During these years, Thistlewood gradually acquired slaves of his own, which he rented out to other planters. This is also where he met Phibbah, a slave with whom he had a lifelong romantic relationship. In 1767 he completed the purchase of his own 160-acre plantation, Breadnut Islan Pen, where about 30 slaves raised provisions and livestock. All of his slaves were branded with “TT” on their right shoulders. 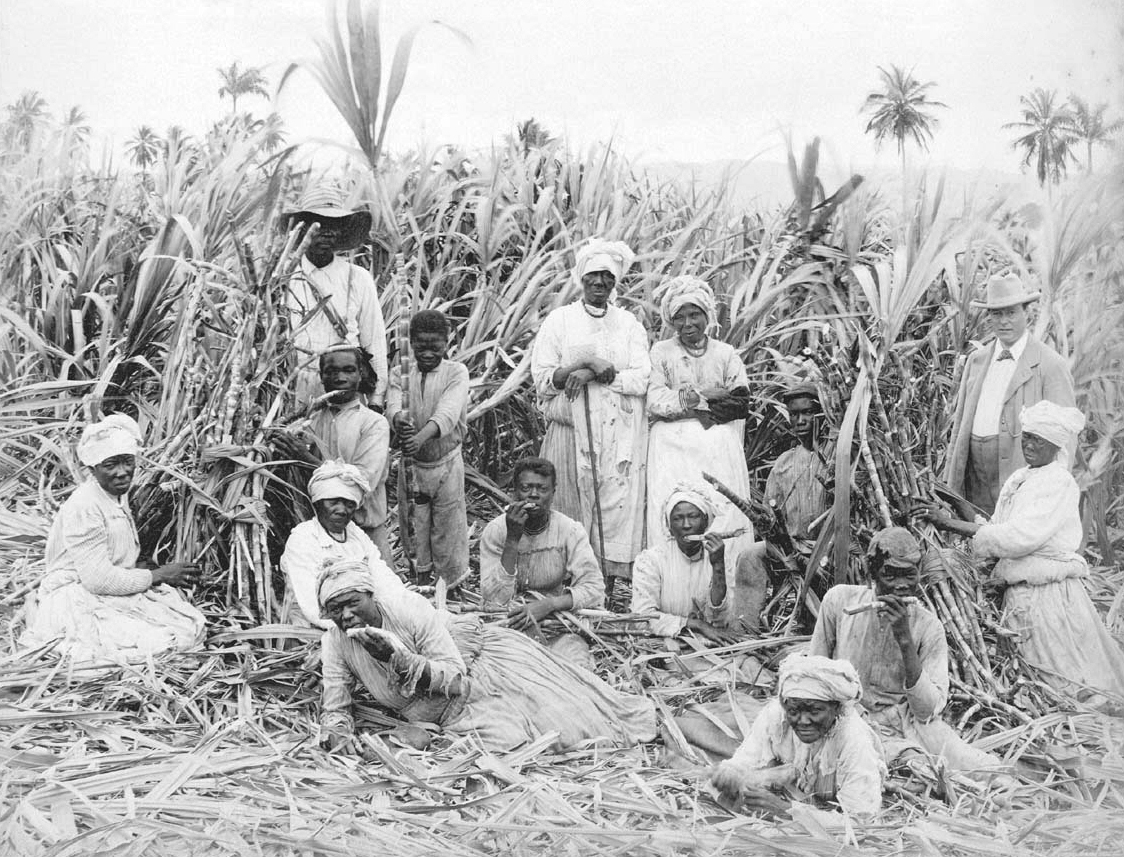 Thistlewood also pursued a variety of scientific and intellectual interests. He acquired several hundred books, often on scientific and technical subjects; collected and described medicinal plants and other botanical specimens; and kept a detailed weather record for 34 years. The gardens at Breadnut Island were considered among the finest in western Jamaica before they were ruined in the hurricane of October 1780. 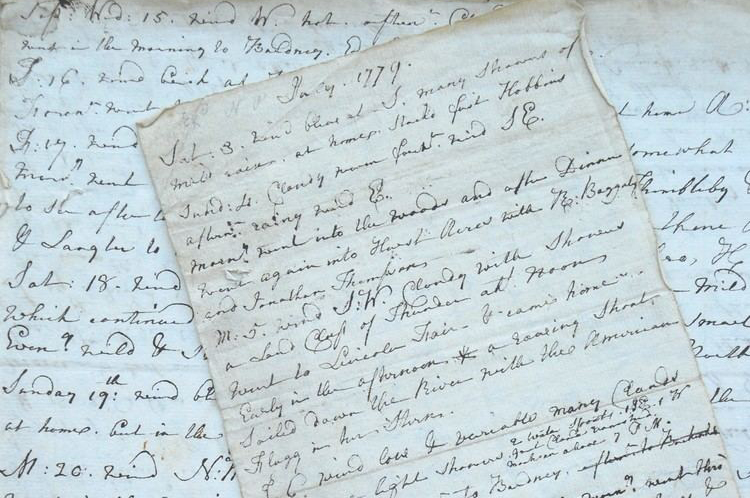 Thistlewood never married, but had one son, Mulatto John (d. 1780), by his slave Phibbah, who was originally a slave of his employer. Thistlewood eventually purchased her from Cope and lived with her at Breadnut Island; he called her his “wife” in the will that freed her. He never returned to England and died at Breadnut Island, Jamaica in November 1786. 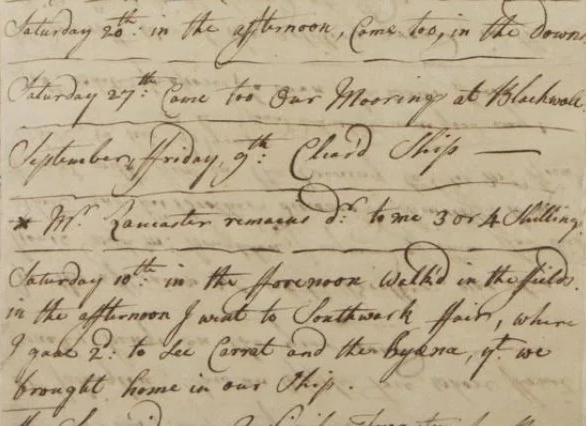 Known as The Diary of Thomas Thistlewood, Thistlewood’s 14,000-page diary provides a detailed record of his life and deep insight into plantation life from agricultural techniques to a slave–owner relations.

Life in Jamaica
The sugar-producing island of Jamaica was by far the richest colony in all the British Empire even though Thistlewood was only of average wealth in white Jamaican society. That said, he was at the time of his death still far wealthier than most British men in other parts of the British Empire.

With whites outnumbered nine to one in Jamaica, such an extreme racial imbalance affected everything on the island. During Thistlewood’s first year in Jamaica, he lived in an almost exclusively black world, having no contact with other whites for weeks on end. Such a disparity was even greater in rural western Jamaica, where Thistlewood would eventually settle with the proportion of slaves to whites being as high as fifteen to one.

Consequently, Englishmen like Thistlewood lived in an Africanised society that rested on white control through fear, inequality, and brutality. With almost no societal restraints, slave owners ruled their slaves with a degree of violence that left outside observers aghast.

Historian Trevor Burnard refers to Thistlewood as “a brutal sociopath”, but he suggests that Thistlewood’s treatment of his slaves was not unusual. Unlike other British colonies such as the Colony of Virginia, where slave owners often developed a paternalistic attitude toward their slaves, most Jamaican slave owners were convinced that only the severe application of brute force could keep the more numerous African slaves under control.

Slave brutality and Derby’s dose
Accordingly, Thistlewood routinely punished his slaves with fierce floggings and other cruel and gruesome punishments. One of his preferred punishments for runaway slaves was the “Derby’s dose” where a slave would be beaten, and then salt pickle, lime juice, and bird pepper would be rubbed onto the open wounds. Then, another slave would be forced to defecate into the runaway’s mouth which would then be forced shut via various methods (gagging) for hours.

Self-education
Thistlewood was self-educated and a prolific reader for his time and even more so in British colonial society. He often practiced medicine on his slaves and was knowledgeable in botany and horticulture.

Mortality rates
With mortality rates high and birth rates low among Jamaican slaves, white plantations depended on the continued importation of slaves from Africa; one-third of all slaves brought to the New World on British ships went to Jamaica. The death rate was so high that 500,000 slaves had to be imported to increase the island’s slave population by just 250,000.

The mortality rate for white Jamaicans was nearly as great, and more than a third died from tropical diseases within three years of their arrival. Still, they came, as a male white immigrant could prosper much more than his counterparts in England’s other American colonies.

Rise to plantation and slave owner
In 1750, a 29-year-old Thistlewood arrived in Jamaica with very few possessions but was immediately sought after as a plantation overseer and his wages rapidly rose to three figures a year, an enormous sum when compared to the average wages of white British and North American laborers. Such wages would allow him to purchase slaves and hire them out. Although he could have continued to make more money working for others, he decided in the mid-1760s to become an independent landowner, not as a rich sugar producer but as a modestly well-to-do market gardener and horticultural expert for the western end of the island. He acquired local respectability, often dining with the wealthiest planters in his parish, and served in several local offices including justice of the peace.

Burnard also suggests that Jamaica was very different from the Colony of Virginia where the political offices such as vestrymen and justices of the peace tended to be dominated by wealthier planters. Jamaica, however, did not have as many wealthy whites to fill such offices and thus had to draw on the services of white men with average wealth like Thistlewood. Because of the relative scarcity of whites, says Burnard, Jamaica experienced a greater spirit of white independence, white pride, and white egalitarianism than existed in much of colonial British America.

When Thistlewood died in 1786 at the age of 65, his estate of £3,000 and 34 slaves was rather modest by Jamaican standards but quite substantial with regards to other British colonies.

Sexual Exploits and Phibbah
Though Thistlewood never married, his sexual exploits were prolific with his diary chronicling 3,852 acts of sexual intercourse and/or rape with 138 women, nearly all of whom were black slaves. He had a lifelong relationship with a slave named Phibbah, a Coromantee who essentially became his “wife” (as she was called in the will) and had his only son, Mulatto John. Over their 33-year relationship, Phibbah and Thistlewood developed what Burnard calls “a warm and loving relationship, if such a thing was possible between a slave and her master.” Phibbah would eventually acquire property including land, livestock, and slaves as well as a sufficient “respectability” among white women.