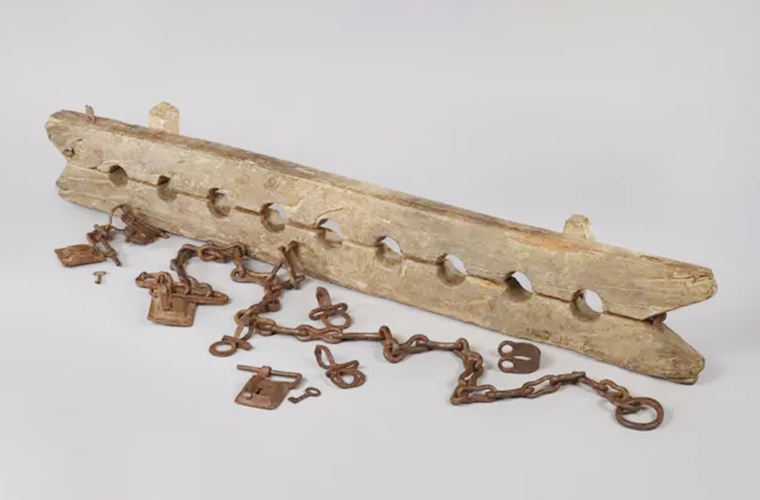 The Netherlands’ national art institution, the Rijksmuseum, is to open its first major exhibition telling the stories of slaves and the Dutch people who enslaved them, as its director backs a government initiative to return thousands of looted treasures to former colonial lands.

Using 140 objects, ranging from two Rembrandt portraits of slave owners jointly owned with the Louvre to a display of ankle chains used to keep people captive, the exhibition will examine 10 lives caught up in the Dutch slave trade between the early 17th century and 1863, when it was finally made illegal in Suriname and the Antilles.

During an online press conference, curators at the museum noted the significance of the groundbreaking exhibition following a year in which the killing of George Floyd in the US by a police officer sparked global protests. But also this year the Dutch prime minister, Mark Rutte, refused to apologize for his country’s colonial past, claiming it would be “too polarising”.

The Rijksmuseum director, Taco Dibbits, said he supported efforts to educate Dutch people about their past, including through changes to the school curriculum. He also offered his support to a government committee that will look into restitution claims over 100,000 pieces of art said to have been looted from Dutch colonies.

“Slavery was an essential component of the colonial period in the Netherlands and many generations have suffered unimaginable injustices as a result,” he said. “We felt that slavery is of great importance to our society today. Black Lives Matter shows the urgency that this subject is addressed.”

One of the lives featured is a man called Wali who, along with 255 other enslaved people, tried to flee a Surinamese sugar plantation only to be caught and sentenced to being slowly burned alive. He was given a reprieve for fear of a wider uprising, but Wali died a slave.

The exhibition also looks at the story of Marten Soolmans and Oopjen Coppit, who was painted by Rembrandt in all their finery in 1634. Soolmans’ wealth came from a refinery in Amsterdam that sourced its raw sugar from plantations using enslaved labor in Brazil.

Valika Smeulders, the head of the department of history at the Rijksmuseum, said: “I’ve been working on slavery history for years, and to be able to do this from the national museum of the Netherlands was a really a beautiful chance to think through how you do this for an entire country where people don’t agree necessarily on how to deal with this history.”

The exhibition will run from 12 February to 30 May 2021 in 10 rooms featuring the transatlantic slavery in Suriname, Brazil, and the Caribbean, and the part played by the Dutch West India Company, and Dutch colonial slavery in South Africa and Asia, where the Dutch East India Company operated.

Smeulders said: “We will be telling you, not just through objects, but also through oral history – old songs and old interviews recorded in the early 20th century of people who talk about their ancestors their grandparents, so that already takes you back to the 18th century.”