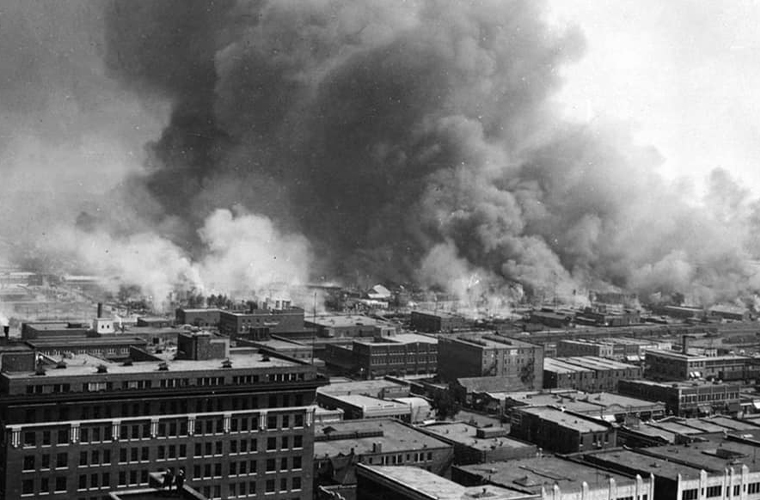 The search for evidence that victims of the 1921 race massacre, one of the country’s worst episodes of racial violence, were buried in mass graves began this week in Tulsa.

Scientists and forensic anthropologists began scanning Oaklawn Cemetery on Monday for anomalies that might be consistent with mass graves.

Mayor G.T. Bynum announced last year that he would reopen the investigation into mass graves, calling it a murder investigation. 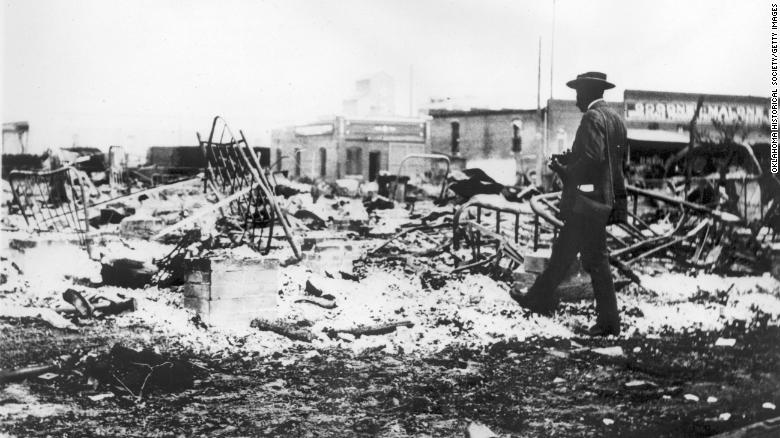 A man photographs iron beds amid the ashes of a burned-out block after the Tulsa massacre.

“The only way to move forward in our work to bring about reconciliation in Tulsa is by seeking the truth honestly,” Mayor Bynum said in a statement. “As we open this investigation 98 years later, there are both unknowns and truths to uncover.”

In Oaklawn Cemetery, there is a grassy portion of the park with no marked graves. There, researchers detected an underground “abnormality” that could be consistent with a mass grave, though the researchers warned it could be a “pauper’s grave,” the mayor said in 2018. That’s the term for burial sites of those who couldn’t afford proper funerals.

The process is being led by the Oklahoma Archaeological Survey, based at the University of Oklahoma, through the use of ground-penetrating radar at the four identified sites: Oaklawn Cemetery, New block Park, an additional area near New block Park, and Rolling Oaks Memorial Gardens.

The results from the scanning phase are expected to be completed and presented at a public oversight meeting in December or January, the city said.

The race massacre took place May 31, 1921, when a white mob invaded the black district. Within 16 hours, 35 city blocks had been burned to the ground. Mobs blocked firefighters and hundreds of people died, according to the 1921 Tulsa Race Massacre Centennial Commission. Looters cleaned out what was left.

Numbers from the Greenwood Cultural Center help encapsulate the violence:

Though the state’s official death toll is 36, some estimates peg the number at 300.

“There’s really no way of knowing exactly how many people died. We know that there were several thousand unaccounted for,” Mechelle Brown, program coordinator for the Greenwood Cultural Center, told CNN during a 2016 interview, adding that many survivors of the massacre fled the city.

If mass graves are found and can be directly linked to the 1921 Tulsa Race Massacre, the city “will determine next steps as it relates to storing remains, DNA testing, and genealogical research, and commemorating the gravesites and honoring the remains,” the city said in a news release.