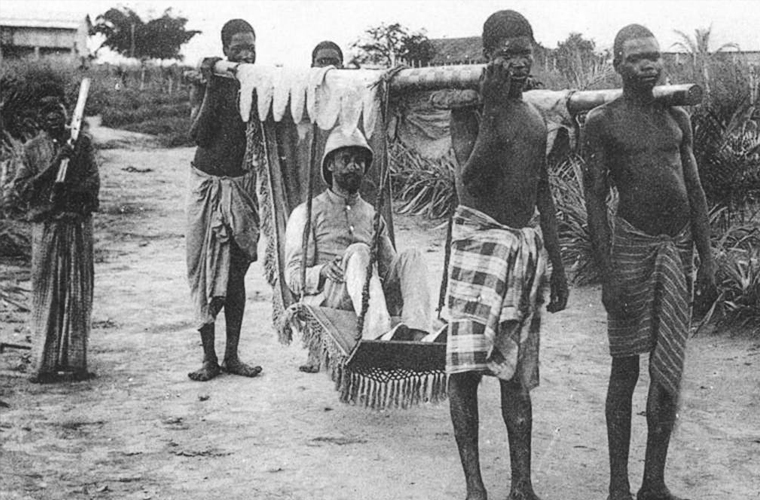 The age of modern colonialism began about 1500, following the European discoveries of a sea route around Africa’s southern coast (1488) and of America (1492). With these events, sea power shifted from the Mediterranean to the Atlantic and to the emerging nation-states of Portugal, Spain, the Dutch Republic, France, and England. By discovery, conquest, and settlement, these nations expanded and colonized throughout the world, spreading European institutions and culture.

Following Christopher Columbus’ first voyage, the rulers of Portugal and Spain, by the Treaty of Tordesillas (1494), partitioned the non-Christian world between them by an imaginary line in the Atlantic, 370 leagues (about 1,300 miles) west of the Cape Verde Islands. Portugal could claim and occupy everything to the east of the line and Spain everything to the west (though no one then knew where the demarcation would bisect the other side of the globe). Portuguese rule in India, the East Indies, and Brazil rested on this treaty, as well as on Portuguese discoveries and on papal sanction (Pope Leo X, by a bull of 1514, forbade others to interfere with Portugal’s possessions). Except for such minor incursions as those of Ferdinand Magellan’s surviving ship in 1522 and the Englishman Sir Francis Drake’s voyage around the world in 1577–80, the Portuguese operated in the East for nearly a century without European competition. They faced occasional Oriental enemies but weathered these dangers with their superior ships, gunnery, and seamanship.

Territorially, theirs was scarcely an empire; it was a commercial operation based on possession of fortifications and posts strategically situated for trade. This policy was carried out principally by two viceroys, Francisco de Almeida in 1505–09 and Afonso de Albuquerque in 1509–15. Almeida seized several eastern African and Indian points and defeated a Muslim naval coalition off Diu (now in Goa, Daman, and Diu union territory, India). Albuquerque endeavored to gain a monopoly of European spice trade for his country by sealing off all entrances and exits of the Indian Ocean competing with the Portuguese route around the Cape of Good Hope. In 1510 he took Goa, in western India, which became the capital and stronghold of the Portuguese East, and in 1511 he captured Malacca at the farther end of the ocean. Later he subdued Hormuz (now in Iran), commanding the Persian Gulf. They brought soldiers from the home country in limited numbers; but the Portuguese also relied on alliances with native states and enlisted sepoy troops, a policy later followed by the French and English.

Portugal never fully dominated the Indian Ocean because it lacked warships necessary to control the vast water expanse. Albuquerque’s failure to capture Aden at the Red Sea entrance allowed the old traffic through Egypt to Venice to resume following an initial dislocation, and this continued after the Ottoman Turks conquered Egypt in 1517. Much of the Indian Ocean trade was local and, until the Portuguese incursion, had been conducted by Arabs or at least by Muslims. The Portuguese, who at first had intended to oust the Arabs entirely, found it impossible to manage without them. The Hindus, whom they hoped to use for local trade purposes, proved unenterprising and had caste restrictions regarding sea voyages. Muslims were soon trafficking again vigorously, with Portuguese sanction.

Portuguese subjects also pressed beyond the Strait of Malacca to the East Indies, Siam (now Thailand), and Canton in Ming-dynasty China. Trade with the celestial empire, difficult at first because of China’s exclusionist policies, at length grew, especially after Portugal in 1557 leased Macau, through which for the next 300 years passed much of the Occidental trade with China. Individual Portuguese reached Japan in 1542, followed by traders and Francis Xavier (later made a saint), a renowned Jesuit missionary who labored with small success to make converts. In the 17th century, the Japanese adopted a rigorous exclusionist policy, although they allowed Portugal’s successors, the Dutch, to conduct a limited trade from the small island of Deshima, near Nagasaki.

Partial domination of the Indian Ocean and much of its valuable trade did not bring Portugal’s crown as much profit as had been anticipated. The intention had been to make Oriental trade a royal monopoly; but Portuguese, from viceroys to humble soldiers and seamen, became private merchants and lined their own pockets to the deprivation of the royal treasury. The Eastern footholds were expensive to maintain, and frequent mishaps to vessels of the Indian fleets, from shipwreck or enemies, reduced gains. The lack of a true monopoly prevented the Portuguese from charging the prices that they wished in European markets. Moreover, Lisbon, while an ideal starting point for voyages around the Cape, proved poorly situated as a distribution center for spice to northern and central Europe. Antwerp, on the Scheldt, was far superior, and for a time Portugal maintained a trading house there; but Portuguese agents found spice sales taken out of their hands by more experienced Italian, German, and Flemish merchants, and the Antwerp establishment was closed in 1549.

It has been asserted that the Portuguese had no racial prejudice, but their record proves the opposite. In the 16th and 17th centuries, they could not be expected to be tolerant of Oriental religions, although they soon recognized that wholesale conversion to Catholicism was impossible. Some Africans and Asiatics became Christians and even entered the clergy, but seldom if ever did they rise above the status of parish priests. In other affairs, the Portuguese generally treated the dark-skinned peoples as inferiors.

The east coast of Brazil belonged to Portugal by the Tordesillas pact. The government of Manuel I and his successor, John III (ruled 1521–57), paid it small attention for 30 years. It proved nearly useless as a way station to the Cape; its Indian population was savage, and its products, consisting chiefly of pau-brasil (Brazilian dyewood), yielded much less revenue than those of India. Threats of French and Spanish intrusion caused John III, in 1530, to send Martim Afonso de Sousa to make a careful survey of the Brazilian coast and to suggest sites for colonization. Next, the littoral was partitioned into strips called capitanias, each colonized and governed under feudal terms by a proprietor or donatário. Some limited settlement followed, and in 1549 the capitanias were united under a governor general who established residence at Bahia (now Salvador, Brazil).

In 1580 Philip II of Spain seized the Portuguese throne, which had fallen vacant and to which he had some blood claim. Portugal remained theoretically independent, bound only by a personal union to its neighbor; but succeeding Spanish monarchs steadily encroached on its liberties until the small kingdom became, in effect, a conquered province. Spain’s European enemies meanwhile descended on the Portuguese Empire and ended its Eastern supremacy before the restoration of Portugal’s independence in 1640.