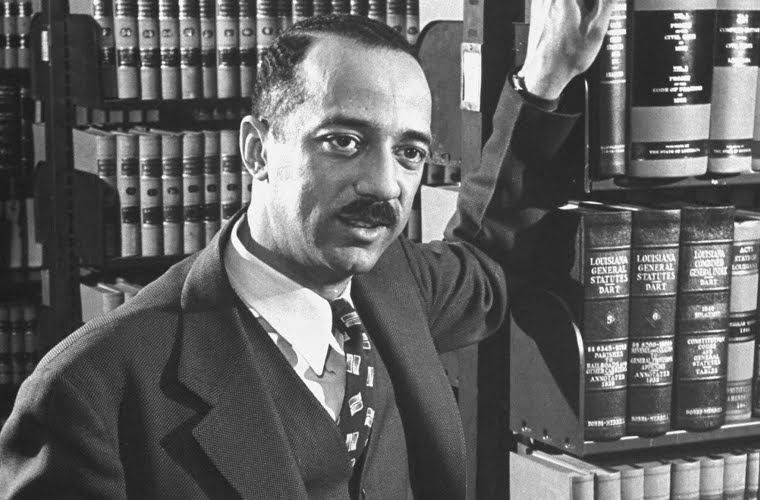 In 1937, William Henry Hastie became the first black federal district court judge. In 1950, he was confirmed as the first black federal appellate judge. And he was a top contender for the Supreme Court when President John F. Kennedy took office in 1961. Although that vacancy would fall to Byron White, Hastie was, without a doubt, one of the most respected jurists of the 20th century.

Later, balancing professorial duties at Howard University Law School with his work at Houston’s firm, Hastie helped architect the pro-integration legal strategies that would culminate in the Brown vs. Board of Education decision. Specifically, Hastie galvanized the NAACP’s legal struggle for equal pay for black teachers in North Carolina, including hiring one of his former law students at Howard, Thurgood Marshall, to assist on the case.

It was while serving as solicitor for the U.S. Interior Department during the New Deal administration of President Franklin D. Roosevelt that Hastie was nominated and confirmed, on March 19, 1937, to a federal district court judgeship in the U.S. Virgin Islands. “Roosevelt II [FDR] made the most outstanding appointment of any President last week,” Adam Clayton Powell Jr. wrote in the “Soap Box” column in the New York Amsterdam News on Feb. 20, 1937.

“ ‘While there are, or have been, Negro municipal judges in Chicago, New York City, and the District of Columbia, no Negro has ever before sat on the Federal bench,’ ” Powell quoted Time magazine as saying. “ ‘No mere political gesture to colored constituents was this appointment, however, for William Hastie, Knoxville born, is rated one of the ablest Negro lawyers in the U.S.’ ” (As Powell indicated, the federal court system generally refers to federal district courts, federal appellate courts, up to the U.S. Supreme Court. Hence, Hastie was the first black federal court judge. For those keeping track of other milestones, Robert H. Terrell was the first black municipal court judge in Washington, D.C.; he was nominated by President William H. Taft and served from 1910 to 1925. Irvin C. Mollison is remembered for his appointment to the Court of Customs in 1945, which made him the first African American to obtain a federal court judgeship within the continental United States.)

Hastie gave up the judgeship to become dean of Howard Law School in 1939. A year later, during World War II, he was called upon by Roosevelt to act as a civilian aide to Secretary of War Henry L. Stimson. In this role, Hastie studied—and lobbied against—segregation in the nation’s armed forces. The road to integration was long, but thanks to Hastie, African-American pilots were deployed and the Red Cross agreed to accept blood donations from blacks.

In 1946, President Harry S. Truman tapped Hastie to become the first black governor of the U.S. Virgin Islands, a position to which Hastie was re-elected three years later. Then, in 1949, just one year after announcing the integration of America’s armed forces, Truman again made history by promoting Hastie to a judgeship on the U.S. Court of Appeals for the Third Circuit, based in Philadelphia with jurisdiction over Pennsylvania, Delaware, and New Jersey. Judge Hastie was confirmed by the U.S. Senate on July 19, 1950. “The time may come—and we devoutly hope it will—when the fact that such an appointee belongs to a certain race will not be news,” the New York Times reported two days later. “Unhappily it is news today.”

In his role as a federal appellate judge, Hastie was lauded for his commitment to free speech during the Cold War, privacy rights, and a strict wall between church and state. “The effectiveness of courts must always depend in large measure upon the respect which their processes command by reason of the integrity they reveal,” Hastie wrote in the 1958 decision Hanna vs. the U.S. “ The courts of the United States [are] the ultimate guardians of the Constitution.” In 1968, Hastie acceded to the chief judge of the Third Circuit. He retired in 1971 and died at age 72 in 1976.

Speaking at Hastie’s funeral, then Supreme Court Chief Justice Warren Burger remarked, “In a court that has always included some of the outstanding members of the American judiciary, he was second to none.” In a retrospective for the Howard Law Journal in 1981, Judge A. Leon Higginbotham Jr. hailed Hastie as the “one who changed the immutable.”