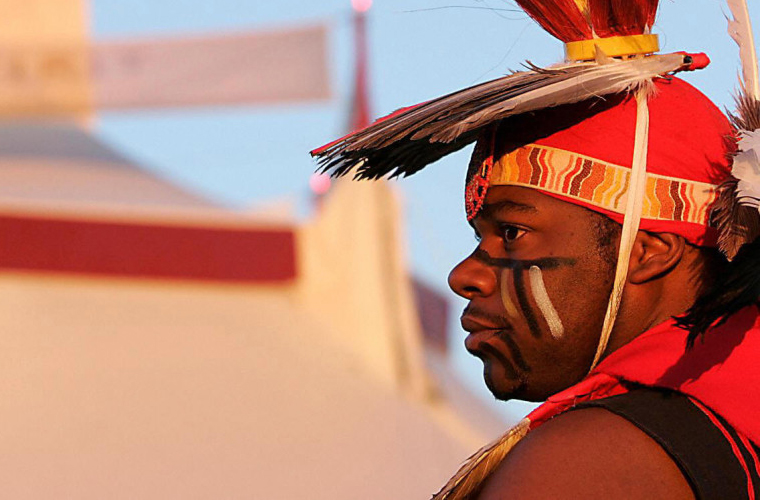 The Cherokee Indians were one of the largest tribes that held Africans as chattel slaves out of five other civilized tribes. By the early 1860s, the Cherokees had as many as 4,600 African slaves. The Cherokees depended on the slaves to help bridge a gap between them and the European settlers.  Slaves were used as interpreters and translators, but they also provided labor on farms and in homes as servants and maids. Just as the whites feared, the Cherokees were worried that the slaves would rise up against them as well. In 1842, that is exactly what happened.

On the morning of November 15, more than 25 slaves from the Joseph Vann plantation revolted. Masters and overseers were locked in their homes and cabins while they slept. The slaves stole ammunition, food, supplies, and whatever else they needed. At daybreak, the group of men, women, and children headed toward Mexico, where slavery was illegal. In the Creek Nation, the Cherokee slaves were joined by Creek slaves, bringing the group total to more than 35. The slaves did have to fight, as they were met by slave hunters in Choctaw Nation. However, the fugitives managed to fight and kill the hunters.

The Cherokee Nation sent the Cherokee Militia, under Capt. John Drew, with 87 men to catch the runaways. By this time, the slaves were exhausted and did not put up a fight. Several slaves were returned on December 8, 1842. A group of slaves were executed and then Joseph Vann put the rest of his rebellious slaves to work on his steamboats. The slaves were spread throughout Arkansas, Mississippi, and the Ohio Rivers.

The incident was blamed on armed black Seminoles who lived close to the Cherokee slaves at Fort Gibson. The slave revolt had threatened the security of the labor force and owners’ profits. The Cherokee Nation later passed a law commanding that all free blacks, except former Cherokee slaves, leave the nation.