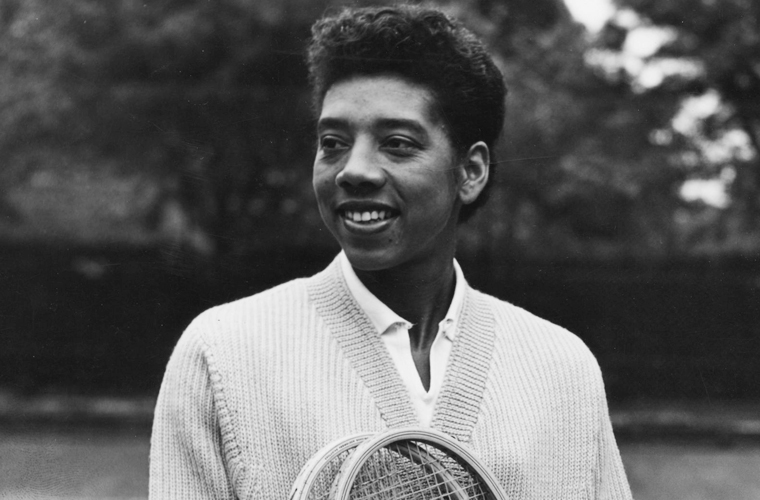 Gibson grew up in New York City, where she began playing tennis at an early age under the auspices of the New York Police Athletic League. In 1942 she won her first tournament, which was sponsored by the American Tennis Association (ATA), an organization founded by African American players. In 1947 she captured the ATA’s women’s singles championship, which she would hold for 10 consecutive years. While attending Florida Agricultural and Mechanical University (B.S., 1953) in Tallahassee, she continued to play in tournaments around the country and in 1950 became the first black tennis player to enter the national grass-court championship tournament at Forest Hills in Queens, New York. The next year she entered the Wimbledon tournament, again as the first black player ever invited. The tall and lean Gibson soon became noted for her dominating serves and powerful play.

Until 1956 Gibson had only fair success in match tennis play, but that year she won a number of tournaments in Asia and Europe, including the French and Italian singles titles and the women’s doubles title at Wimbledon. In 1957–58 she won the Wimbledon women’s singles and doubles titles and took the U.S. women’s singles championship at Forest Hills. She also won the U.S. mixed doubles and the Australian women’s doubles in 1957. That year Gibson was voted Female Athlete of the Year by the Associated Press, becoming the first African American to receive the honor; she also won the award the following year. Having worked her way to top rank in world amateur tennis, she turned professional following her 1958 Forest Hills win. However, there being few tournaments and prizes for women at that time, she took up professional golf in 1964 and was the first African-American member of the Ladies Professional Golf Association. From 1973 to 1992 Gibson was active in sports administration, mainly for the state of New Jersey. Her autobiography, I Always Wanted to Be Somebody, appeared in 1958. In 1971 she was elected to the International Tennis Hall of Fame.