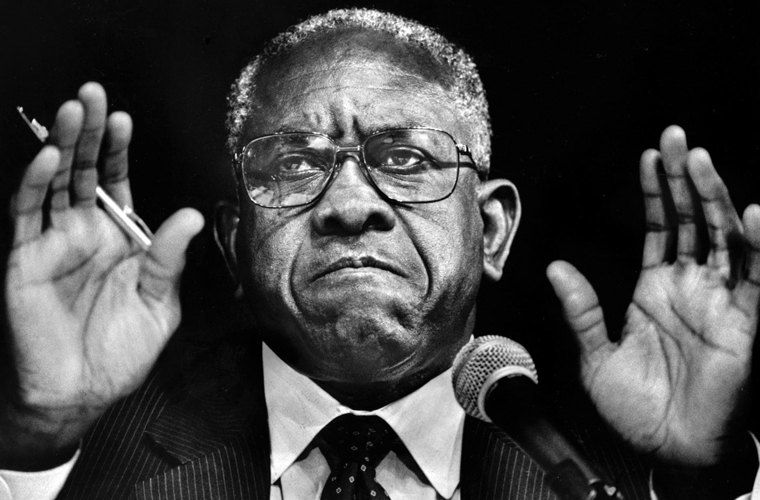 A writer, an economist and an advocate for affirmative action, Andrew Felton Brimmer is best known as the first African American to hold a governorship on the United States Federal Reserve Bank.

Born in Newellton, Louisiana, Brimmer moved to Bremerton, Washington in 1944 and enlisted in the U.S. Army. He served in the Army two years, rising to the rank of staff sergeant. Upon his return, he enrolled at the University of Washington where he received his B.A. in Economics in 1950 and M.A. shortly thereafter in 1951. Brimmer then studied at the University of Bombay for a year and completed a Ph.D. in Economics at Harvard University in 1957.

First and foremost an economist, Brimmer promoted a monetary policy that sought to alleviate unemployment and reduce the national deficit. He also argued that racial discrimination hurt the U.S economy by marginalizing potentially productive workers.

Before assuming his post as Federal Reserve Bank Governor, Brimmer served as an economist at the Federal Reserve Bank of New York in 1955 and in 1956. During that period he was dispatched to Sudan to help that newly independent nation establish a central bank. A teaching position followed in 1958 at Michigan State University and at the University of Pennsylvania’s Wharton School of Business in 1961. In 1963, President John F. Kennedy appointed Brimmer as deputy assistant secretary of commerce for economic policy and then assistant secretary for economic affairs. In 1966, he was appointed to the Board of Governors for the Federal Reserve Bank by President Lyndon B. Johnson.

In 1974 Brimmer took a teaching position at the Harvard Graduate School of Business, and in 1976 founded his own consulting firm, Brimmer & Company, Inc. based in Washington, D.C. In 1995, Brimmer was named by President Bill Clinton to head a financial control board which helped the District of Columbia avoid a financial crisis.

As an author, his writings reflect a deep dissatisfaction with racial discrimination particularly in black education which he blames for income disparity in relation to whites. He has promoted strategies that couple Affirmative Action with African American self-help.

Andrew F. Brimmer’s numerous organizations include president of the Association for the Study of Afro American Life and History and co-chairman of the Interracial Council for Business Opportunity. Among his many accolades are awarded from the National Economic Association, One Hundred Black Men and the New York Urban Coalition.