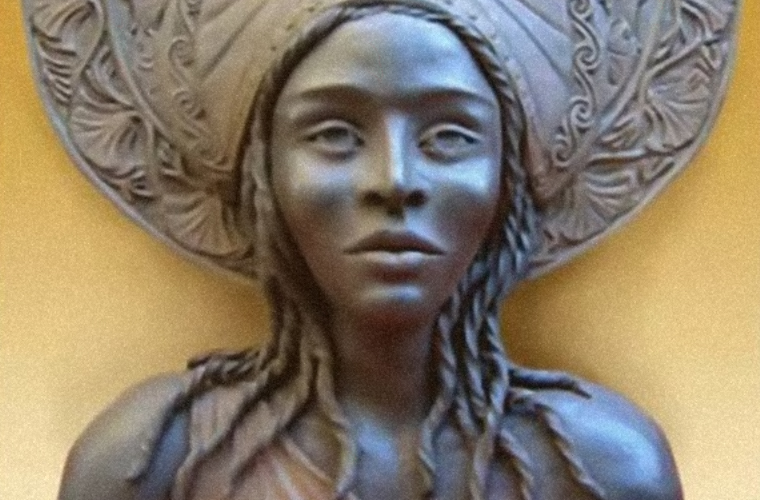 History is interesting. The deeper one digs, the more likely one can find many possibly true stories and explanations for the same incident. Take the case of the origin of the name of the state of California.

Historians say that a Spanish writer by the name of Garci Rodríguez de Montalvo wrote a widely popular novel called Las Sergas de Esplandián (The Adventures of Esplandián) around 1500. Las Sergas was staged on the Island of California, said to be east of the Asian mainland. Here is Montalvo’s description:

“Know that on the right hand from the Indies exists an island called California very close to a side of the Earthly Paradise; and it was populated by black women, without any man existing there because they lived in the way of the Amazons. They had beautiful and robust bodies and were brave and very strong. Their island was the strongest of the World, with its steep cliffs and rocky shores. Their weapons were golden and so were the harnesses of the wild beasts that they were accustomed to taming so that they could be ridden because there was no other metal in the island than gold”.–Las Sergas de Esplandián, (novela de caballería); published 1510.

Montalvo’s island of California was named after its Queen, Califia, who is said to have been a beautiful black Moor and pagan. She was on a mission to raise an army of women warriors and sail away from California with a women’s army so to join a Muslim battle against Christians who are defending Constantinople. Though Queen Califia would ultimately face defeat, she captured the imagination of many around the world, especially that of Spanish explorer Hernán Cortés who would come to explore and name the state of California.

Why is this important? Historian John William Templeton says,” Califia is a part of California history, and she also reinforces the fact that when Cortes named this place California, he had 300 black people with him.”

Templeton, who curated the Queen Califia exhibit assembled by the African American Historical and Cultural Society Museum in San Francisco in 2004, says it’s part of a larger story that Africans were seen by Europeans as being culturally advanced in the 15th century. Even Columbus had a black navigator, Templeton points out.

As William E. Hoskins, director of the museum, explains, “one of the things we’re trying to do is let people have the additional insight and appreciation for the contributions of African Americans to this wonderful country and more specifically to the state of California”. “The Queen Califia exhibit is particularly poignant,” he asserts. 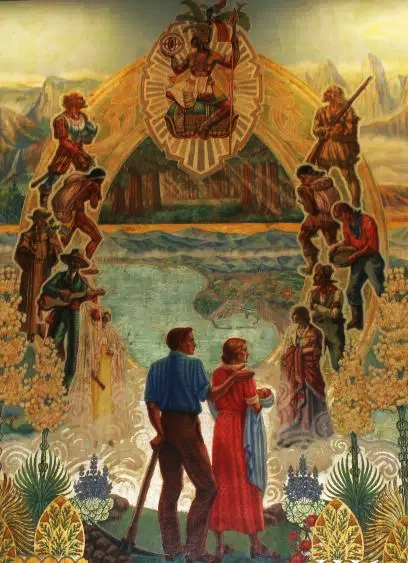 “Origin and Development of the Name of the State of California”. Lucille Lloyd

Though some would like to contest Queen Calafia’s importance, she continues to be depicted as the Spirit of California in modern-day sculpture, paintings, stories, and films. Famed African American actress, Whoopi Goldberg depicted Queen Califia in the Disneyland Film, Golden Dreams. There is a seven-foot-high panel of Califia with her Amazons at the Mark Hopkins Intercontinental Hotel in San Francisco.  There is also another depiction of Califia on the 4th floor in the Senate Rules Committee Hearing Chamber in Sacramento titled, The Naming of California.

For many, she symbolizes “an untamed and bountiful land prior to Europeans taking the land by force”.