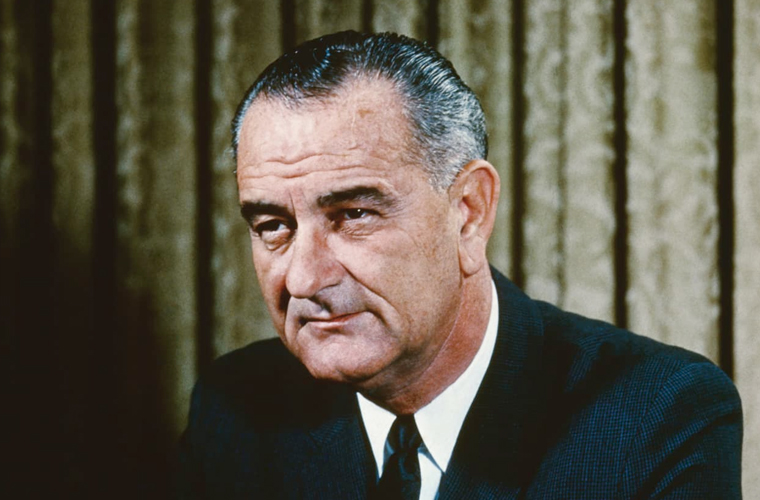 Lyndon B. Johnson was the 36th president of the United States; he was sworn into office following the November 1963 assassination of President John F. Kennedy. Upon taking office, Johnson launched an ambitious slate of progressive reforms aimed at creating a “Great Society” for all Americans. Many of the programs he championed—Medicare, Head Start, the Voting Rights Act, and the Civil Rights Act—had a profound and lasting impact on health, education and civil rights. Despite his impressive achievements, however, Johnson’s legacy was marred by his failure to lead the nation out of the quagmire of the Vietnam War. He declined to run for a second term in office and retired to his Texas ranch in January 1969.

Lyndon Baines Johnson was born on August 27, 1908, near the central Texas community of Johnson City, which was named for his relatives. He was the first of five children of Sam Ealy Johnson Jr., a farmer, businessman and state legislator, and his wife, Rebekah Baines Johnson.

The young Johnson graduated from Southwest State Teachers College (now Texas State University) in San Marcos, Texas, in 1930. To help pay for his education, he taught at a school for disadvantaged Mexican-American students in south Texas.

His first-hand look at the effects of poverty and discrimination on his students made a deep impression on Johnson and sparked in him a lifelong desire to find solutions to these problems.

Did you know? In 1967, Thurgood Marshall, a civil rights lawyer and great-grandson of a slave, became the first African American to serve on the U.S. Supreme Court. He was nominated by President Johnson, who called it “the right thing to do, the right time to do it, the right man and the right place.”

The ‘Mississippi Plan’ to keep Blacks from voting in 1890: ‘We came here to exclude the Negro’