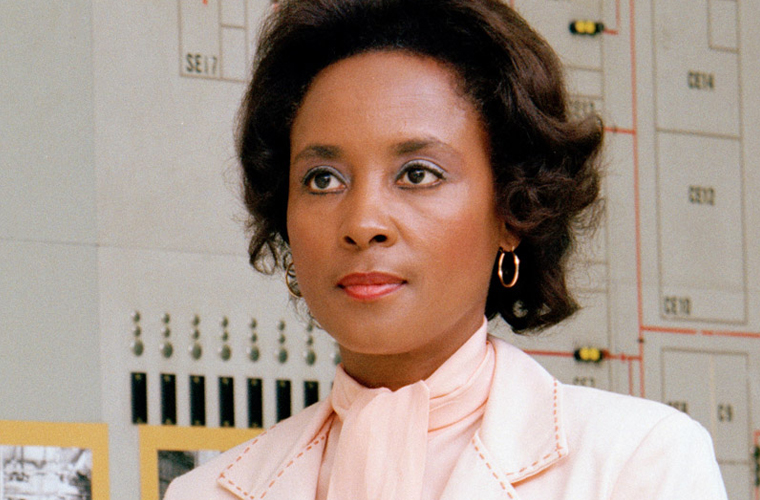 Annie J. Easley spent her 34-year career working for the National Aeronautics and Space Administration (NASA). She started there as a “human computer.” Later she became one of the first black computer programmers, working on alternative-energy technologies, energy-conservation systems, and the Centaur launch system. During her career, Easley was transferred laterally three times but did not receive any significant promotions.

Born on April 23, 1933, in Birmingham, Alabama, Annie J. Easley was the daughter of Samuel Bird Easley and Mary Melvina Hoover. Easley and her brother, six years older, were raised by their single mother. From the fifth grade through high school, Annie Easley attended parochial schools in Birmingham, graduating as class valedictorian. Although her mother told her that if she worked hard she could become whatever she wanted, Easley thought that nursing and teaching were the only careers open to black women. Since she didn’t want to teach, Easley intended to become a nurse. However, in high school she began thinking about becoming a pharmacist. Easley told Sandra Johnson in a 2001 interview conducted as part of NASA’s History Office “Herstory” Project that “it may have something to do with going to the corner drugstore, where they had all of the candy and the ice cream.”

Easley studied pharmacy for two years at Xavier University, a black Catholic school in New Orleans, Louisiana. In 1954 she married and briefly returned to Birmingham. She worked as a substitute teacher in Jefferson County, Alabama, and helped blacks prepare for the literacy tests that they were required to pass in order to register to vote.

After Easley’s husband was discharged from the military, the couple moved to Cleveland, Ohio, to be near his family. Easley hoped to continue her education. However, the only pharmacy program in the region had recently closed.

One day in 1955 Easley read a newspaper story about twin sisters who worked as computers at the National Advisory Committee for Aeronautics (NACA), NASA’s predecessor at the Lewis Research Center in Cleveland. The work sounded so interesting that the following day Easley applied for a job there.

Easley worked in the Computer Services Division, performing complex mathematical calculations for the engineering staff. Among other projects, she simulated conditions for a nuclear reactor being constructed at Plum Creek, Ohio. The human computers-almost all female-used tables and large mechanical calculators to perform their work. At the time Easley was one of only four blacks among the agency’s 2,500 employees. She told Johnson: “I’m out here to do a job and I knew I had the ability to do it, and that’s where my focus was, on getting the job done. I was not intentionally trying to be a pioneer.” When a photo of Easley and her coworkers was enlarged for display at a laboratory open house, her face was cut out of the picture.

It was the dawn of the space age and the United States was competing with the Soviet Union. In 1957 the Soviets launched Sputnik, the first satellite to orbit the Earth, and the space race heated up. NACA became NASA. Easley told Johnson: “There was a real pride in being able to have talent, resources, and knowing that we could get in here and really, really do something great.” With the introduction of electronic computers, the job titles of the human computers were changed to mathematician or math technician.