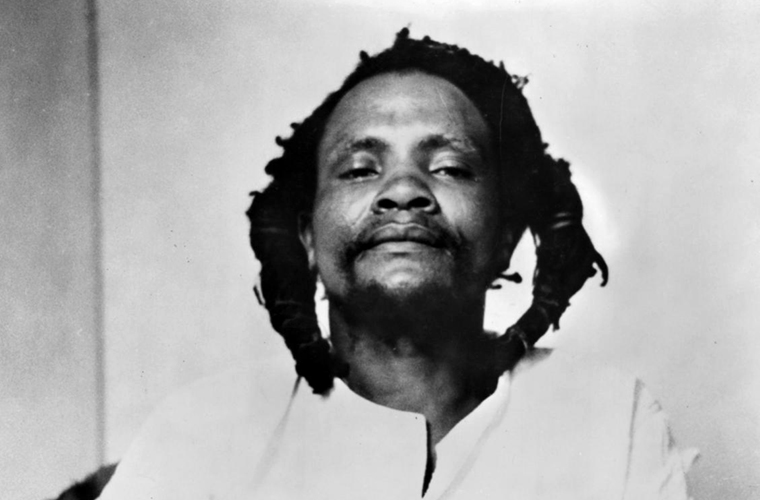 Dedan Kimathi Wachiuri was born on 31st October 1920 and died on 18th February 1957. He was a rebel leader who fought against the British colonial government in Kenya in the 1950s. He was convicted and executed in 1957 for murder and terrorism. The British colonial government that ruled Kenya considered him a terrorist, as did the many Kenyans who opposed the Mau Mau. Former Mau Mau viewed Kimathi as a freedom fighter, although many of the Kikuyu viewed him as a terrorist, due to the predations of the Mau Mau and the atrocities committed by the Mau Mau upon them. A particularly good source of turned agents for the government faces were those former Mau Mau escaping from justice handed out by Kimathi, which was followed by death by strangulation. The capture of Kimathi was headed by unknown knowledge and skills because of the vast areas of rough terrain which hid the Mau Mau and Kimathi.

EARLY LIFE
Kimathi Wachiuri was born in Thange village, Tetu division, Nyeri District. At the age of fifteen, he joined the local primary school, Karuria-ini, where he perfected his English skills. He would later use those language skills to write extensively before and during the uprising. He was a debate club member in his school. He was deeply religious and carried a Bible on a regular basis. He worked for the forest department collecting tree seeds to help him raise his school fees. He later joined Tumutumu CSM School for his secondary studies but later dropped out due to a lack of funds. He tried several jobs but never felt fully settled. Notable was his enlisting with the army to fight in the Second World War in 1941. However, in 1944 he was expelled for misconduct. In 1946 he became a member of the Kenya African Union (KAU).

In 1949, he started teaching at his old school, Tumutumu, but he left the job within two years and looked for other ways to earn a living such as serving as a clerk in a dairy and timber firm and later as a trader. Wherever he went and in whatever he did, Kimathi’s warmth was welcoming and he became a popular figure among the Agikuyu. He was charismatic and this contributed greatly to his successful involvement in politics.

MAU MAU MOVEMENT
Dedan Kimathi Wachiuri was very influential to whoever he met through the strings of jobs he was able to obtain. He became radically political in 1950. He involved himself with the Mau Mau, and later that year administered the oath of the Mau Mau making him a marked man to the colonial government. He joined the militant wing of the defunct Kikuyu Central Association in 1951. As branch secretary, Kimathi presided over oath-taking. He believed in compelling fellow Kikuyu by way of oath to bring solidarity to the independence movement. To achieve this he administered beatings and carried a double-barreled shotgun. His activities with the group made him a target of the colonial government, and he was briefly arrested that same year but escaped with the help of the local police. This marked the beginning of his violent uprising. He formed the Kenya Defense Council to coordinate all forest fighters in 1953.

In 1956, he was arrested with one of his wives, Wambui. He was sentenced to death by a court presided by chief justice Sir Kenneth O’Connor, while in a hospital bed at the Nyeri general hospital. In the early morning of 18th February 1957, he was executed by the colonial government. The hanging took place at the Kamiti Maximum Security Prison. He was buried in an unmarked grave, and his burial site remains unknown.

However, over the years there have been mixed stories about where Kimathi was buried, including Kamiti Prison where he was hanged and marked grave at Langata cemetery, and King’ong’o prison in Nyeri.

LEGACY
In 2007, Kimathi was officially recognized and honored as a national hero by the then Kenyan government. On the anniversary of the day he was executed, a bronze statue of Kimathi was unveiled in the Nairobi city center. Kimathi, clad in military regalia, holds a rifle in one hand and a dagger in the other, symbolizing the last weapons he held in his struggle. This official celebration of Mau Mau was in marked contrast to a post-colonial norm of all previous Kenyan governments. The statue attracted praise from Kenyans as a long overdue recognition of the Mau Mau for their part in the struggle for independence. This was in marked contrast to the post-colonial norm of the Jomo Kenyatta and Daniel Arap Moi governments’ regard of the Mau Mau as terrorists.

Kimathi was held in high regard by anti-apartheid leader Nelson Mandela. In July 1990, five months after his release from 27 years of imprisonment by South Africa’s apartheid regime, Mandela visited Nairobi and requested to see Kimathi’s grave and meet his widow Mukami. Mandela’s request was an embarrassing moment for the Moi administration, which had largely ignored Kimathi, like Jomo Kenyatta’s government before it. It was an awkward moment of searching for her in the village where she and her family lived forgotten in poverty. Mandela’s request was not met. During a public address at the Kasarani Stadium in Nairobi before he left the country, Mandela stated his admiration for Kimathi, Waruhiu Itote, and other Mau Mau leaders who inspired his own struggle against injustice. It was only 15 years later in 2005, during his second visit to Kenya that Mandela finally managed to meet Mukami as well as two of Kimathi’s children.