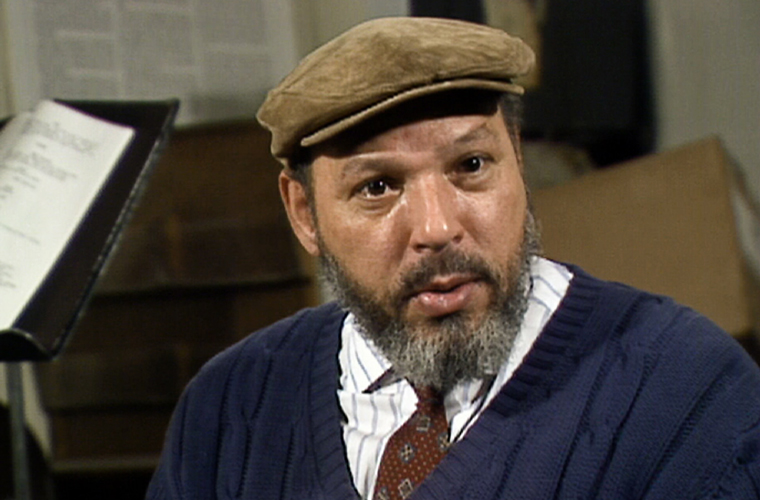 August Wilson carved his signature on American theater by capturing the changing texture of black life in America his ten plays, each covering a different decade of the twentieth century. About his achievement, he remarked in American Theatre: “From the beginning, I decided not to write about historical events or the pathologies of the black community. The details of our struggle to survive and prosper, in what has been a difficult and sometimes bitter relationship with a system of laws and practices that deny us access to the tools necessary for productive and industrious life, are available to any serious student of history or sociology. Instead, I wanted to present the unique particulars of black American culture as the transformation of impulse and sensibility into codes of conduct and response, into cultural rituals that defined and celebrated ourselves as men and women of high purpose.” He did. And the skill with which he did won him two Pulitzer Prizes, a Tony Award, and seven New York Drama Critics Circle Awards, in addition to twenty-three honorary degrees.

When Wilson began writing his plays, he had little experience with theater, having only seen two plays, and no formal training. Unencumbered by theatrical history, Wilson created his own rules for his plays. Wilson had no particular method of writing his plays but admitted to relying on what he called the “4 B’s”: the Blues; fellow playwright, Amiri Baraka; author, Jorge Luis Borges, and painter, Romare Bearden, to tell what he needs to tell. Regarding Bearden, Wilson claimed, “When I saw his work, it was the first time that I had seen black life presented in all its richness, and I said, ‘I want to do that—I want my plays to be the equal of his canvases.'” His ingenuity has forever changed American theater.

Called “one of the most important voices in the American theater today” in the 1980s by Mervyn Rothstein in the New York Times, August Wilson’s legacy will be as a giant of American theater. As James Earl Jones wrote in Time, Wilson “didn’t just write a great play, he has written volumes of good, better and best plays.” He wrote a string of acclaimed plays since his Ma Rainey‘s Black Bottom first excited the theater world in 1984. His authentic sounding characters have brought a new understanding of the black experience to audiences in a series of plays, each one addressing people of color in each decade of the twentieth century. Although Wilson’s “decade” plays were not written in chronological order, the consistent, and key, theme in Wilson’s dramas is the sense of disconnection suffered by blacks uprooted from their original homeland. He told the Chicago Tribune that “by not developing their own tradition, a more African response to the world, African Americans lost their sense of identity.” Wilson devoted himself to helping black people know their roots in order to help them understand themselves, and his plays demonstrate the black struggle to gain this understanding—or escape from it. Charles Whittaker, a critic for Ebony in 2001 wrote, “Each of the eight plays he has produced to date is set in a different decade of the 20th century, a device that has enabled Wilson to explore, often in very subtle ways, the myriad and mutating forms of the legacy of slavery.”

Most of the ideas for Wilson’s plays came from images, snippets of conversation, or lyrics from blues songs captured by his ever-vigilant writer’s eye and ear. Virtually all of his characters end up singing the blues to show their feelings at key moments during his plays. The play Fences evolved from his seeing an image of a man holding a baby, and Joe Turner’s Come and Gone from the depiction of a struggling mill hand in a collage by acclaimed black painter Romare Bearden, whom Wilson has cited as a particularly strong influence on his work. The blues always had the greatest influence on Wilson, however. “I have always consciously been chasing the musicians,” Wilson told interviewer Sandra G. Shannon in African American Review. “It’s like our culture is in the music. And the writers are way behind the musicians I see. So I’m trying to close the gap.”

August Wilson grew up the fourth of six children in a black slum of Pittsburgh, his home a two-room apartment without hot water or a telephone. Relying on welfare checks and wages from house cleaning jobs, his mother, Daisy Wilson, managed to keep her children clothed and fed. August’s father, Frederick August Kittel, a baker by trade, was a white German immigrant who never lived with the family and rarely made an appearance at the apartment. August Wilson officially erased his connection to his real father when he adopted his mother’s name in the 1970s. David Bedford became Wilson’s stepfather when the boy was a teenager, but their relationship was rocky. An ex-convict whose race prevented him from earning a football scholarship to college, Bedford would become a source for the play Fences, whose protagonist is a former baseball player blocked from the major leagues by segregation.

Learning to read at the age of four, Wilson consumed books voraciously. At first h,e read the Nancy Drew mysteries his mother managed to buy for the family, but by age 12 he was a regular at the local library. Despite his interest in the written word, August Wilson was an unexceptional student who developed a reputation for yelling answers out of turn in class. The mostly white parochial high school he attended also gave him a harsh dose of racism. When he turned in a well-written term paper on Napoleon, Wilson was accused of plagiarism by a teacher who would not believe a black child could do that well on his own. Wilson would often find notes on his desk reading “Nigger go home.” At home, his family had to endure racial taunts when they moved to the mostly white Hazelwood area of Pittsburgh.

At age 15, sick of the racism that surrounded him, Wilson dropped out of school and began to educate himself, beginning in the “Negro” section of the public library. Reading works by Ralph Ellison, Richard Wright, Langston Hughes, Arna Bontemps, and other black writers, Wilson was caught up in the power of words. His fascination with language made him an avid listener, and he soaked up the conversations he overheard in coffee shops and on street corners, using the tidbits of conversations to construct stories in his head.