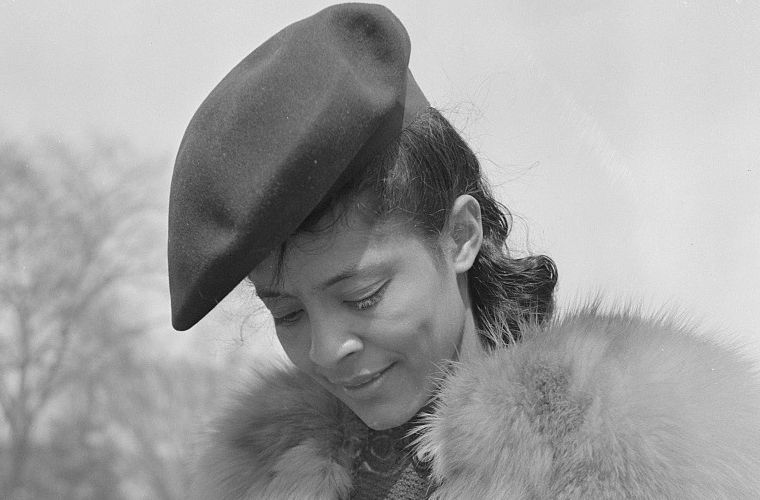 Born in Georgia, Ms. Jewell Crawford graduated from Spelman College and received a Master’s in African Studies from Howard University where she wrote her thesis on the development of the Federation of Rhodesia and Nyasaland. A member of Delta Sigma Theta, she was the subject of a U.S. Government Office of War Information documentary photo series in 1942 while she was a clerk at the Library of Congress. The photos, taken supposedly depicted a day in the life of a typical Black Washingtonian but critics argued the photos were “less picturesque and less a credit to freedom’s national seat” than a typical day of an average Black woman in Washington D.C.

Mazique wrote extensively for The Baltimore Afro-American newspaper on topics such as the United Nations’ position on African Nations, and how Black children were being educated in DC schools. She served on the National Council for the Southern Negro Youth Congress (SNYC) in 1945, a group that claimed to be a Communist front organization. Mazique argued her own acrimonious divorce case despite the court’s requests to take legal counsel. She kept her children but lost her case for personal financial support.

Mazique was married to Edward Craig Mazique in 1937, separated in 1961, and divorced in 1965. They had two sons, Edward and Jeffrey who was the first black child to attend kindergarten at the Sidwell Friends School in 1956. As a direct result, Senator James Eastland, an anti-integrationist from Mississippi, withdrew his son from the school. Mazique preferred to be involved with social causes more than having a social life, stating in an interview, “The frills of social life hold no charms for me, I am more concerned for instance with what the political leaders of Paris decided to do about their colonial possessions than what the Paris designers decide about what women will wear”. She helped create the Capital Transit campaign with United Federal Workers to integrate Washington D.C.’s bus operators, Jewell Mazique died on September 18, 2007.