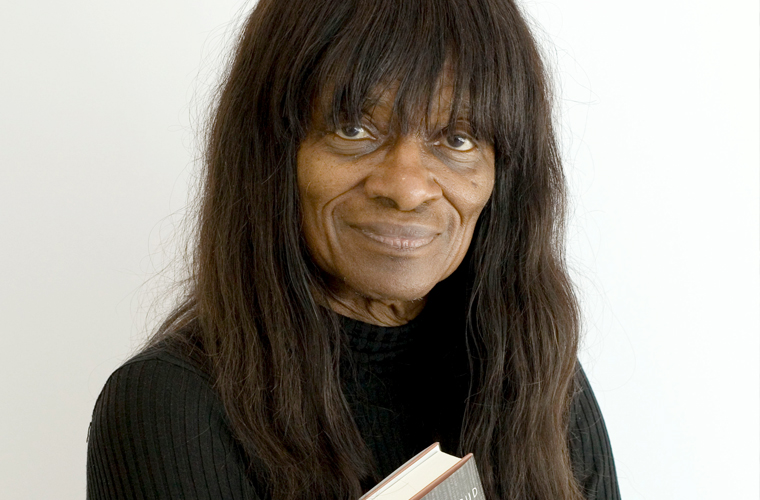 Barbara Chase-Riboud was born on June 26, 1939, in Philadelphia, Pennsylvania to Charles and Vivian Chase and is known for her controversial novel Sally Hemings, poetry, and sculptures, including the Malcolm X Steles. Her artistic talent in drawing and sculpting was discovered at an early age and as a result, she attended the prestigious Philadelphia High School for Girls. In 1959, she earned her Bachelor of Fine Arts from Temple University’s Tyler School of Art and, following her graduation, she received a prestigious fellowship to study at the American Academy in Rome, Italy. One year later, in 1960, she returned to the United States to receive her Master of Fine Arts from Yale University in Connecticut, where she studied design and architecture.

After college, Chase moved to Paris, France, where she established a studio and married photographer Marc Riboud on December 21, 1961. They had two sons, David and Alexis, and traveled together across the world. In fact, in 1965 Chase-Riboud was the first American woman to visit China during the cultural revolution. In 1974, she published a book of poems called From Memphis to Peking, inspired by her travels to China and Egypt. Later, in 1979, she published her critically acclaimed work Sally Hemings, a historical novel about Thomas Jefferson’s relationship with Sally Hemings, an enslaved woman, at his plantation, Monticello. The book became an international bestseller and Chase-Riboud won the Janet Heidinger Kafka Prize for the best novel written that year. Her suggestion, however, that Jefferson fathered several children by Hemings was very controversial.

Chase-Riboud divorced her husband and married Sergio T. Tosi, a scholar and art dealer on July 4, 1981. Her second book of poems, Portrait of a Nude Woman as Cleopatra, inspired by the painting of the same name, was published in 1987. Later, after winning the Carl Sandburg prize as best American poet in 1988, she published Echo of Lions, her most controversial work, about the Amistad slave revolt and its subsequent Supreme Court decision. The novel was based on a true story, and Chase-Riboud sued director Steven Spielberg for using her story without her permission in the 1997 film Amistad.

In 1994, Chase-Riboud published President’s Daughter, a sequel to Sally Hemings that followed the journey of Harriet Hemings, Thomas Jefferson, and Sally Hemings’ daughter. Two years later, in 1996, Chase-Riboud received a Knighthood in Arts and Letters by the French government, and in 1998 she was awarded the Design Award for best art in a federal building by the United States General Services. She created an 18-foot sculpture inside the U.S. Federal building at 290 Broadway in New York, which was commissioned after the discovery of an eighteenth-century African American burial site under the building.

In 1996, Chase-Riboud published Valide: A Novel of the Harem and, in 2003, released her novel, Hottentot Venus. Both works shifted away from American black culture and towards African and French black culture while keeping her central themes intact. She won the Black Caucus of the American Library Association for Best Fiction Award and Hurston/Wright Legacy Award in fiction in 2004. Later, in 2007, she also won the Alain Locke International Award for her writing. In 2013, the Philadelphia Museum of Art opened an exhibition that featured some of her abstract sculptures from her series on Malcolm X, the Malcolm X Steles.  In 2014, she released her latest poetry book called every time a Knot is Undone, a God is Released.