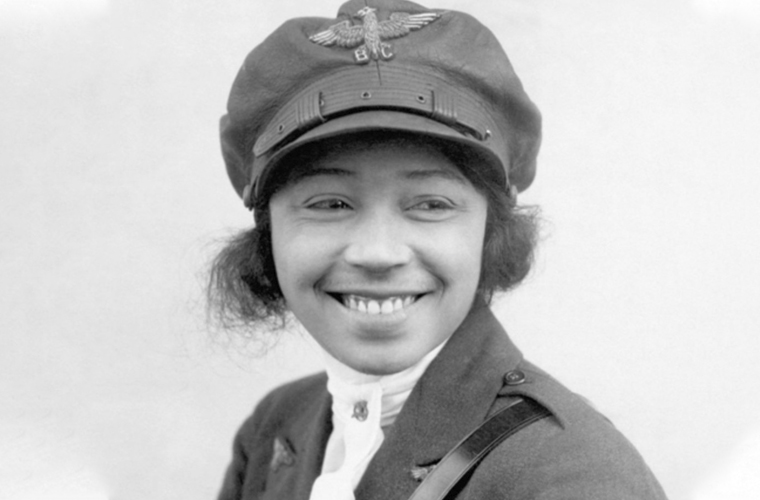 In 1922, aviator Bessie Coleman became the first African American woman to stage a public flight in America. Her high-flying skills always wowed her audience. Bessie Coleman (January 26, 1892, to April 30, 1926) was an American aviator and the first black woman to earn a pilot’s license. Because flying schools in the United States denied her entry, she taught herself French and moved to France, earning her license from France’s well-known Caudron Brother’s School of Aviation in just seven months. Coleman specialized in stunt flying and parachuting, earning a living barnstorming and performing aerial tricks. She remains a pioneer of women in the field of aviation.

In 1922, a time of both gender and racial discrimination, Coleman broke barriers and became the world’s first black woman to earn a pilot’s license. Because flying schools in the United States denied her entry, she took it upon herself to learn French and move to France to achieve her goal. After only seven months, Coleman earned her license from France’s well known Caudron Brother’s School of Aviation.

Though she wanted to start a flying school for African Americans when she returned to the U.S., Coleman specialized in stunt flying and parachuting and earned a living barnstorming and performing aerial tricks. In 1922, she became the first African-American woman in America to make a public flight.

On April 30, 1926, Coleman was tragically killed at only 34 years old when an accident during a rehearsal for an aerial show sent her plummeting to her death. Coleman remains a pioneer of women in the field of aviation.

Bessie Coleman was one of 13 children to Susan and George Coleman, who both worked as sharecroppers. Her father, who was of Native American and African-American descent, left the family in search of better opportunities in Oklahoma when Bessie was a child. Her mother did her best to support the family and the children contributed as soon as they were old enough.

At 12 years old, Coleman began attending the Missionary Baptist Church in Texas. After graduating, she embarked on a journey to Oklahoma to attend the Oklahoma Colored Agricultural and Normal University (Langston University), where she completed only one term due to financial constraints.

In 1915, at 23 years old, Coleman moved to Chicago, where she lived with her brothers and worked as a manicurist. Not long after her move to Chicago, she began listening to and reading stories of World War I pilots, which sparked her interest in aviation.