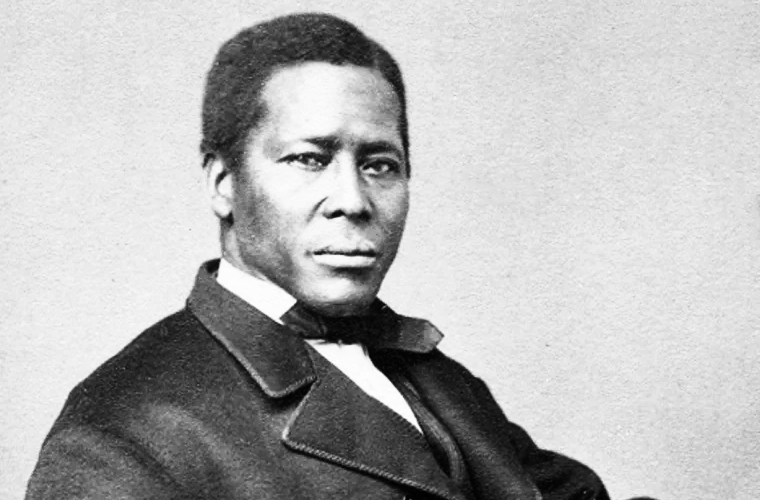 William Still (October 7, 1821–July 14, 1902) was a prominent abolitionist and civil rights activist who coined the term Underground Railroad and, as one of the chief “conductors” in Pennsylvania, helped thousands of people achieve freedom and get settled away from enslavement. Throughout his life, Still fought not only to abolish slavery but also to provide African Americans in northern enclaves with civil rights. Still’s work with freedom seekers is documented in his seminal text, “The Underground Rail Road.” Still believed that the book could “encourage the race in efforts of self-elevation.”

Still was born a free Black man near the town of Medford in Burlington County, New Jersey, the youngest of 18 children born to Levin and Sidney Steel. Although he gave his official birthdate as October 7, 1821, Still provided the date of November 1819 on the 1900 census. Still was the son of people who had been enslaved laborers on a potato and corn farm on the eastern shore of Maryland owned by Saunders Griffin.

William Still’s father, Levin Steel, was able to purchase his own freedom, but his wife Sidney had to escape enslavement twice. The first time she escaped she brought along her four oldest children. However, she and her children were recaptured and returned to enslavement. The second time Sidney Steel escaped, she brought two daughters, but her sons were sold to enslavers in Mississippi. Once the family was settled in New Jersey, Levin changed the spelling of their name to Still and Sidney took a new name, Charity.

Throughout William Still’s childhood, he worked with his family on their farm and also found work as a woodcutter. Although Still received very little formal education, he did learn to read and write, teaching himself by extensive reading. Still’s literary skills would help him become a prominent abolitionist and advocate for formerly enslaved people.

In 1844, at the age of 23, Still relocated to Philadelphia, where he worked first as a janitor and then as a clerk for the Pennsylvania Anti-Slavery Society. Soon he became an active member of the organization, and by 1850 he served as the chairman of the committee established to help freedom seekers.

While he was in Philadelphia, Still met and married Letitia George. Following their marriage in 1847, the couple had four children: Caroline Matilda Still, one of the first African American women doctors in the United States; William Wilberforce Still, a prominent African American lawyer in Philadelphia; Robert George Still, a journalist and print shop owner; and Frances Ellen Still, an educator who was named after the poet Frances Watkins Harper.

Between 1844 and 1865, Still helped at least 60 enslaved Black people escape bondage. Still interviewed many of the enslaved Black people seeking freedom, men, women, and families, documenting where they came from, the difficulties they met and help they found along the way, their final destination, and the pseudonyms they used to relocate.

During one of his interviews, Still realized that he was questioning his older brother Peter, who had been sold to another enslaver when their mother escaped. During his time with the Anti-Slavery Society, Still put together records of more than 1,000 former enslaved people, keeping the information hidden until slavery was abolished in 1865.

With the passage of the Fugitive Slave Act in 1850, Still was elected chairman of the Vigilance Committee organized to find a way to circumvent the legislation.

Since his work with the Underground Railroad had to be kept secret, Still kept a fairly low public profile until enslaved people were freed. Nonetheless, he was a fairly prominent leader of the Black community. In 1855, he traveled to Canada to observe enclaves of formerly enslaved people.

By 1859, Still began the fight to desegregate Philadelphia’s public transportation system by publishing a letter in a local newspaper. Although Still was supported by many in this endeavor, some members of the Black community were less interested in gaining civil rights. As a result, Still published a pamphlet entitled, ​”A Brief Narrative of the Struggle for the Rights of the Colored People of Philadelphia in the City Railway Cars” in 1867. After eight years of lobbying, the Pennsylvania legislature passed a law ending segregation of public transportation.

Still was also an organizer of a YMCA for Black youngsters; an active participant in the Freedmen’s Aid Commission; and a founding member of the Berean Presbyterian Church. He also helped establish a Mission School in North Philadelphia.

In 1872, seven years after the abolition of slavery Still published his collected interviews in a book entitled, “The Underground Rail Road.” The book included more than 1,000 interviews and was 800 pages long; the tales are heroic and harrowing, and they illustrate how people suffered deeply and sacrificed much to escape enslavement. Notably, the text underscored the fact that the abolitionist movement in Philadelphia was primarily organized and maintained by African Americans.

As a result, Still became known as the “Father of the Underground Railroad.” Of his book, Still said, “We very much need works on various topics from the pens of colored men to represent the race intellectually.” The publication of “The Underground Rail Road” was important to the body of literature published by African Americans documenting their history as abolitionists and formerly enslaved people.

Still’s book was published in three editions and went on to become the most circulated text on the Underground Railroad. In 1876, Still placed the book on exhibit at the Philadelphia Centennial Exposition to remind visitors of the legacy of enslavement in the United States. By the late 1870s, he had sold an estimated 5,000-10,000 copies. In 1883, he issued the third expanded edition that included an autobiographical sketch.

During his career as an abolitionist and civil rights activist, Still acquired considerable personal wealth. He began purchasing real estate throughout Philadelphia as a young man. Later, he ran a coal business and established a store selling new and used stoves. He also received proceeds from the sales of his book.
To publicize his book, Still built a network of efficient, entrepreneurial, college-educated sales agents to sell what he described as a collection of “quiet examples of what fortitude can achieve where freedom is the goal.”

Still died in 1902 of heart trouble. In Still’s obituary, The New York Times wrote that he was “one of the best-educated members of his race, who was known throughout the country as the ‘Father of the Underground Railroad.'”