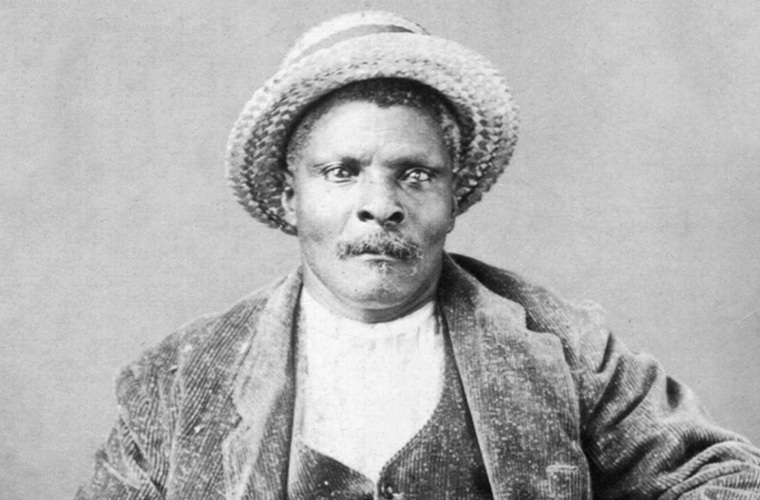 Freedman Caesar Bowlegs rose to prominence among the Seminole Indians and freedmen during the late 19th century.  Born around 1843 in the Seminole Nation (present-day Oklahoma), he was a slave of Eliza Bowlegs, as were both his parents.  During the Civil War, Bowlegs rode north to Kansas with the Loyal Seminoles and maroons.  After the war, he returned to the nation and carried the mail from Fort Gibson to Wewoka when the post office opened there in 1867.  In the 1880s and 1890s, he operated a toll bridge over Wewoka Creek.  The Seminoles also employed him to bury criminals after they had been executed.  But Bowlegs acquired his reputation as an interpreter, and in that capacity, he made his biggest contribution to Seminole and freedman history.

In the early 1880s, Dr. C. P. Lynn became the first white physician to practice medicine among the Seminoles, and Dr. Virgil Berry succeeded him.  Before Lynn’s arrival, only Indians and freedmen practiced medicine in the Seminole Nation.  As he was bilingual, known to both Seminoles and freedmen, and familiar with the country, Caesar Bowlegs was appointed the physicians’ interpreter and guide, a position of considerable importance.   After Dr. Berry began his duties in May 1898, Bowlegs proved invaluable as a guide, interpreter, intermediary, expert on Indian and maroon mores, and medical assistant.  The black interpreter escorted the white doctor on all of his calls.

Bowlegs also acquired sound medical knowledge and helped the physician attend to patients – even administering anesthetics.  During Berry’s term, a devastating smallpox epidemic hit the Seminole Nation.  After first inoculating themselves, Berry and Bowlegs set out to vaccinate the entire nation.  The two worked day and night to complete their massive task.  Then they were faced with combating the disease when it broke out.  The epidemic was still raging when Berry left the Seminole country in the summer of 1901.  It was four more years before the disease ran its course and the Seminole death rate returned to its 1898 level.

Caesar Bowlegs lived a remarkable life.  He was a freedman, widely respected by Indians and whites in the Seminole Nation.  He facilitated the process of acculturation among the Seminoles and freedmen by his education and his leadership in the Presbyterian Church.  Through his work with Drs. Lynn and Berry, Bowlegs helped gain widespread acceptance for scientific principles and medical technology among the Seminoles and freedmen.  Caesar Bowlegs died in 1912 in Seminole County, Oklahoma.