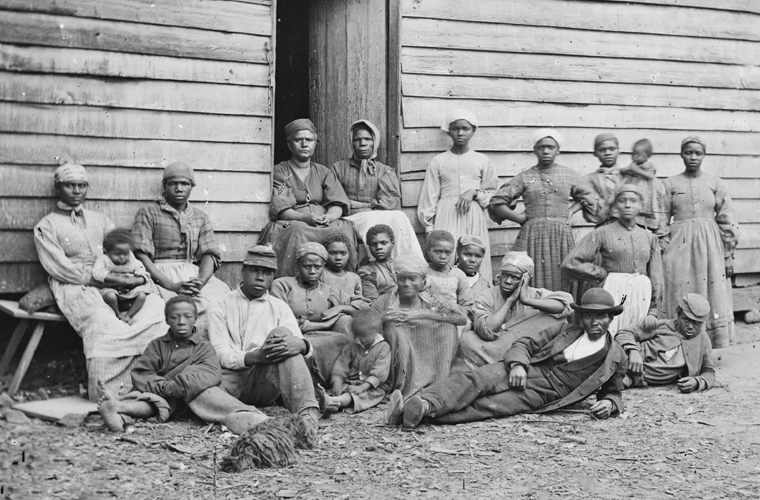 To satisfy the labor needs of the rapidly growing North American colonies, white European settlers turned in the early 17th century from indentured servants (mostly poorer Europeans) to a cheaper, more plentiful labor source: African slaves. Beginning around 1619, when a Dutch ship brought 20 Africans ashore at the British colony of Jamestown, Virginia, slavery spread quickly through the American colonies. Though it is impossible to give accurate figures, some historians have estimated that 6 to 7 million slaves were imported to the New World during the 18th century alone, depriving the African continent of its most valuable resource—its healthiest and ablest men and women.

Did you know? Shirley Chisholm was the first African American woman elected to the House of Representatives. She was elected in 1968 and represented the state of New York.

After the American Revolution, many colonists (particularly in the North, where slavery was relatively unimportant to the economy) began to link the oppression of black slaves to their own oppression by the British. Though leaders such as George Washington and Thomas Jefferson—both slaveholders from Virginia—took cautious steps towards limiting slavery in the newly independent nation, the Constitution tacitly acknowledged the institution, guaranteeing the right to repossess any “person held to service or labor” (an obvious euphemism for slavery).

Many northern states had abolished slavery by the end of the 18th century, but the institution was absolutely vital to the South, where blacks constituted a large minority of the population and the economy relied on the production of crops like tobacco and cotton. Congress outlawed the import of new slaves in 1808, but the slave population in the U.S. nearly tripled over the next 50 years, and by 1860 it had reached nearly 4 million, with more than half living in the cotton-producing states of the South.