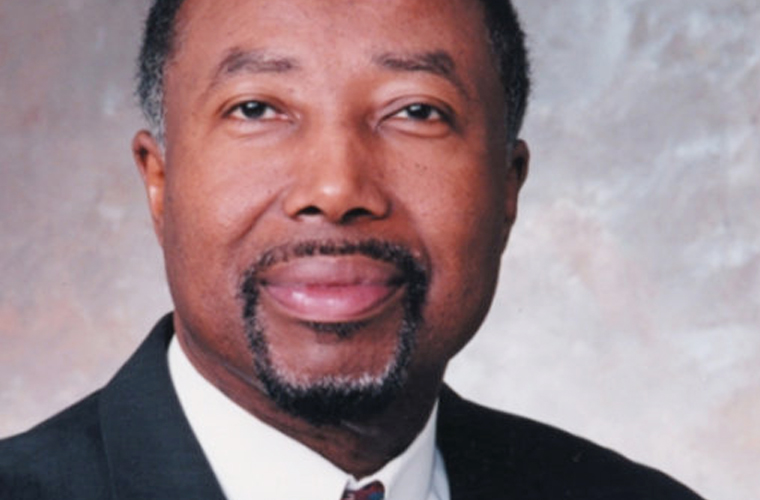 Houston began at UTMB in 1981 as an assistant professor. He was then promoted to associate professor with tenure in 1987 and became Full Professor and Associate Vice President for Educational Outreach in 1991. As a researcher at UTMB, Houston focused on the role that bacterial toxins play in the pathogenesis of the disease. His findings have been published in academic journals such as the Journal of Bacteriology, the Journal of Clinical Microbiology, and the Journal of Infectious Diseases. As an administrator, Houston participated in the management development program at the Graduate School of Education at Harvard University in 1994. In 1997, Houston was named the Herman Barnett Distinguished Professor of Microbiology and Immunology. He also served as deputy associate administrator for education in the Office of Education at NASA Headquarters in Washington, D.C. from 2003 to 2005. At NASA, he provided day-to-day oversight and guidance for three primary divisions: elementary and secondary education, higher education, and informal education.

Houston has been active in many professional organizations, including serving as chair of the Annual Biomedical Research Conference for Minority Students Steering & Planning Committee, and chair of the American Society for Microbiology Education Board. He also sat on the National Institutes of General Medical Sciences External Advisory Council. In 2011, Houston was appointed by the U.S. Secretary of Health and Human Services to the National Advisory Board for Bio-security.

Throughout his career, Houston has received numerous honors and awards. He received the Presidential Award for Excellence in Science, Mathematics, and Engineering Mentoring in 2000. Houston was elected to the American Academy of Microbiology in 1997; and, in 2006, he became the first African American elected as president of the American Society for Microbiology – the world’s largest professional biological research organization. Houston also continued to devote time to mentoring and youth outreach. He established many educational programs and activities in the Galveston, Texas community as well as across the country to enhance the interest of young students in mathematics and science.

Clifford W. Houston was interviewed by The HistoryMakers on January 31, 2013.