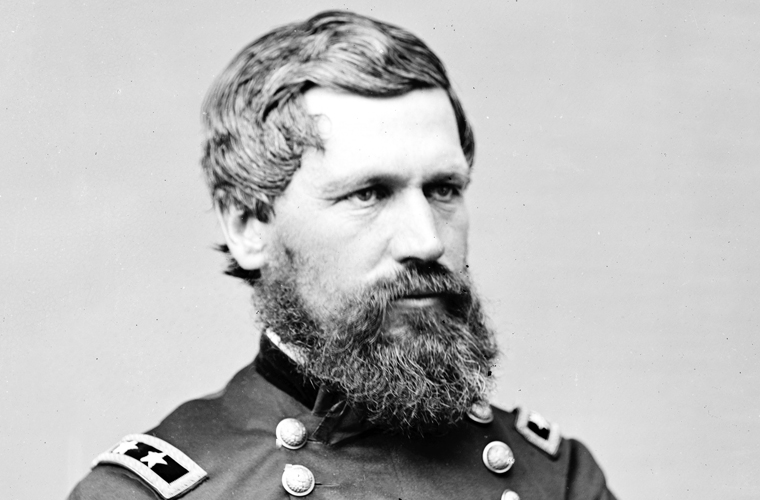 A graduate of the U.S. Military Academy, West Point, N.Y. (1854), Howard resigned his regular army commission at the beginning of the war to become colonel of a Maine volunteer regiment. He was given the rank of major general (1862) after fighting in Virginia at the First Battle of Bull Run, the Peninsular Campaign, the Battle of Fair Oaks (Seven Pines)—in which he lost his right arm—and at Antietam. He also took part in the Battle of Chancellorsville (May) and in the Tennessee and Atlanta campaigns (1863–64). Promoted to command the Army of Tennessee (July 1864), he marched with General William T. Sherman through Georgia to the sea (November–December) and fought in the Carolinas campaign (early 1865).

Unusually interested in the welfare of the nearly four million slaves who had been freed during the war, Howard was appointed by President Andrew Johnson as commissioner of the Bureau of Refugees, Freedmen, and Abandoned Lands (the Freedmen’s Bureau). Because he was not a skilled administrator, many waves of abuse appeared in the bureau, much of the staff is poorly trained. Nevertheless, his agency fed millions of the indigent, built hospitals, provided direct medical aid, and negotiated thousands of labor contracts for the former slaves. Most important, it established a multitude of schools and training institutes for blacks; Howard University, Washington, D.C. (founded 1867), was named in recognition of his work in the bureau and as one of the university’s founders. He served as the university’s third president (1869–74), after which he resigned to return to military service.

Howard fought against Indians in the West and served as superintendent at West Point (1880–82). He wrote several books on military history in addition to his autobiography, published in 1907.