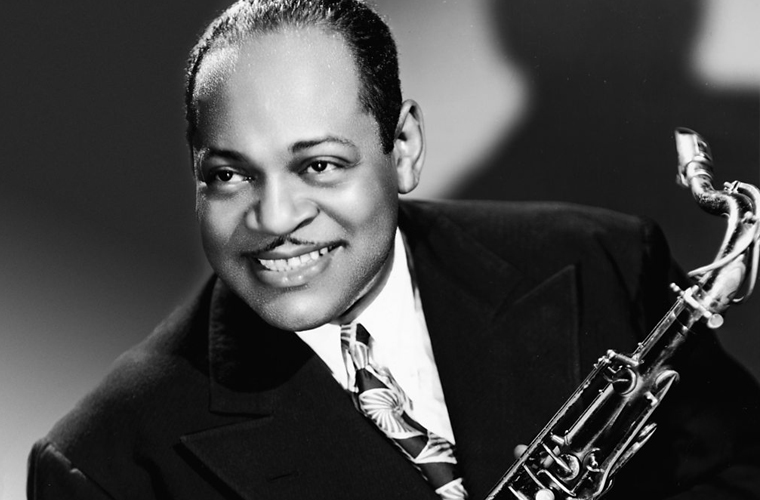 Coleman Hawkins, in full Coleman Randolph Hawkins, (born November 21, 1904, St. Joseph, Mo., U.S.—died May 19, 1969, New York, N.Y.), American jazz musician whose improvisational mastery of the tenor saxophone, which had previously been viewed as little more than a novelty, helped establish it as one of the most popular instruments in jazz. He was the first major saxophonist in the history of jazz.

At age four Hawkins began to study the piano, at seven the cello, and at nine the saxophone. He became a professional musician in his teens, and, while playing with Fletcher Henderson’s big band between 1923 and 1934, he reached his artistic maturity and became acknowledged as one of the great jazz artists. He left the band to tour Europe for five years and then crowned his return to the United States in 1939 by recording the hit “Body and Soul,” an outpouring of irregular, double-timed melodies that became one of the most imitated of all jazz solos.

Hawkins was one of the first jazz horn players with a full understanding of intricate chord progressions, and he influenced many of the great saxophonists of the swing era (notably Ben Webster and Chu Berry) as well as such leading figures of modern jazz as Sonny Rollins and John Coltrane. Hawkins’s deep, full-bodied tone and quick vibrato were the expected style on jazz tenor until the advent of Lester Young, and even after Young’s appearance, many players continued to absorb Hawkins’s approach. One of the strongest improvisers in jazz history, Hawkins delivered harmonically complex lines with an urgency and authority that demanded the listener’s attention. He was also a noted ballad player who could create arpeggiated, rhapsodic lines with an intimate tenderness that contrasted with his gruff attack and aggressive energy at faster tempos.

Hawkins gave inspired performances for decades, managing to convey fire in his work long after his youth. From the 1940s on he led small groups, recording frequently and playing widely in the United States and Europe with Jazz at the Philharmonic and other tours. He willingly embraced the changes that occurred in jazz over the years, playing with Dizzy Gillespie and Max Roach in what were apparently the earliest bebop recordings (1944). In time he also became an outstanding blues improviser, with harsh low notes that revealed a new ferocity in his art. Despite alcoholism and ill health, he continued playing until shortly before his death in 1969.