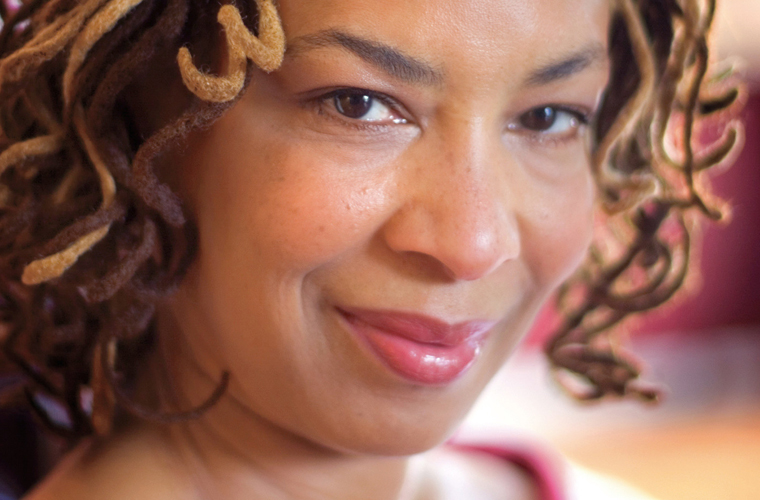 Connie Briscoe: My real name is Constance, but everyone has always called me “Connie.” I was blessed with a wonderful upbringing. Although my immediate family is small—I have one sister—we are very close and supportive of each other.

The only thing unusual about my life was that I was born with a hearing loss, inherited from my father’s side of the family. From childhood through my twenties, it was a moderate loss and I was able to attend public schools and to go on to college with few problems. When I was in my mid-twenties the loss worsened and by the graduate school, I needed a hearing aid. I eventually took a job at Gallaudet University and began to learn sign language. I never let my hearing loss hold me back from doing the things I wanted to do. I just adapted and plowed on.

A couple of years ago, I had a cochlear implant and most of my hearing has been restored. I’m now doing things I hadn’t done in years, like going to the movies, enjoying music and using the telephone. It really is a miracle.

I’m not sure when I first thought about being a writer. I’ve always had “a way with words” and took a few stabs at writing a novel when I was in my twenties, but I never finished—perhaps because I did not have enough life experience to bring it to a satisfactory conclusion. I put it off and pursued other things—a brief marriage, my career, traveling around the world, photography—but the desire to write was always in the background. And although my career as an editor was progressing fairly well, I realized that I wanted more out of life. So I took another stab at writing.

This second attempt resulted in Sisters and Lovers, and to my amazement, it eventually sold more than 100,000 hardcover and about a half million paperback copies. It appeared on the bestseller lists of the Chicago Tribune, Washington Post, Boston Globe, Boston Herald, USA Today, and Publishers Weekly. My second novel, Big Girls Don’t Cry, hit many of the bestseller lists as well, including the New York Times. A Long Way From Home, the story of my ancestors, was nominated for an NAACP Image Award.

I live with my family in Maryland in a quiet community with beautiful pastoral views. Although I sometimes miss the hustle and bustle of the big city, it’s the perfect setting for writing.