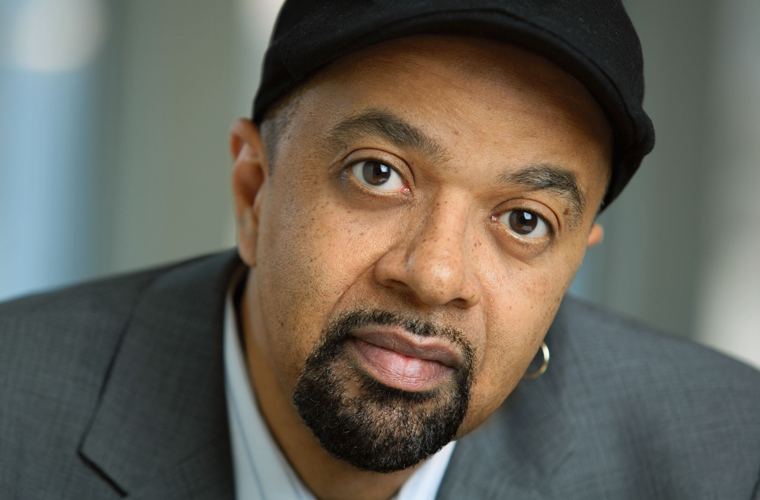 James McBride, an African-American journalist and jazz musician, is the author of the best-selling biography of his Jewish mother, The Color of Water (1996). The book recounts the life of Ruth Jordan McBride, born Ruchel Dwarja Zylska to a Polish Orthodox Jewish family that emigrated to the U.S. in 1921, her marriage to a black Baptist minister and her efforts to raise twelve children. The biography explores the slippery notions of race and identity in the modern era.

He was recently chosen by American composer, producer and jazz legend Quincy Jones to write his autobiography for Doubleday Books, a work currently in progress. James is the recipient of several awards for his work as a writer and a composer. His literary awards include the 1997 Anisfield Wolf Book Award. His awards for musical theater composition include the 1996 American Arts and Letters Richard Rodgers Award, the 1996 ASCAP Richard Rodgers Horizons Award, and the American Music Theater Festival’s 1993 Stephen Sondheim Award. James served as panelist for the 1993 National Endowment Of The Arts Opera Musical Theater Division and is the author of The Color Of Water (Riverhead/Putnam) the autobiographical account of his mother, a white Jewish woman from Poland who raised 12 black children (movie rights optioned by Showtime for Sanford/Pillsbury Productions). James has written songs (music and lyrics) for Anita Baker, Grover Washington Jr., Gary Burton, Everett Harp, Rachelle Farell, and PuraFe among others. He has toured with a variety of artists, including Michael Jackson and jazz vocalist Little Jimmy Scott. His award-winning jazz, hip-hop musical “Bobos” premiered in 1993 at the American Music Theater Festival in Philadelphia and won the prestigious Alton B. Jones Foundation Grant. James served as musical director of the acclaimed Billie Holiday musical “Lady Day,” and wrote the scores for the musicals “All Roads Lead Home” and “Harlem Kids Symphony” written in 1993 for the Osaka, Japan Manaichi Broadcasting System. He has written children’s songs for Silver Burdett Textbooks (Simon & Schuster), and for the PBS television character “Barney.” James studied composition at The Oberlin Conservatory of Music in Ohio and received a masters in journalism from Columbia University in New York at age 22. He worked as a journalist for eight years at The Boston Globe, People Magazine, Rolling Stone and The Washington Post (Style Section) before his musical career took hold.

James McBrides’ second book for Riverhead/Putnam, Miracle at St. Anna (February 2002), is a historical novel which chronicles a Black World War II soldier’s participation in the liberation of a concentration camp. The story centers around four Black American soldiers in World War II, a band of Italian partisans, and an Italian boy, who encounter a miracle, though perhaps the true miracle lies in themselves.