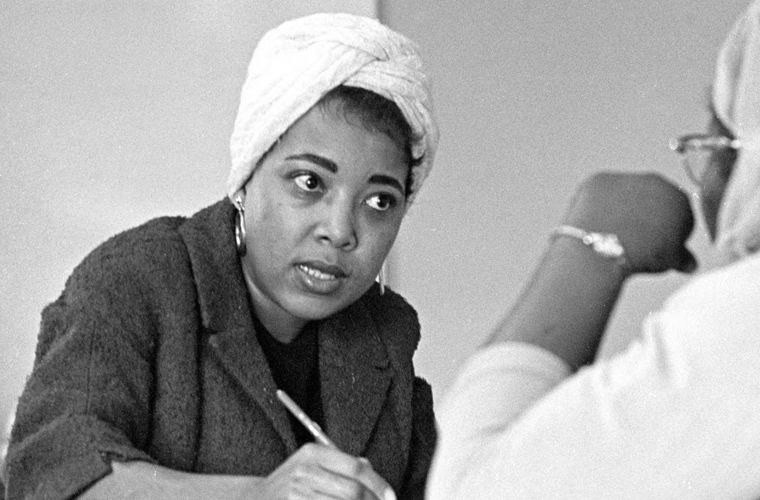 Dorothy Cotton was an American civil rights activist and leader, known for being the only woman in the Rev. Dr. Martin Luther King, Jr.’s inner circle. She was also the highest-ranking woman in King’s Southern Christian Leadership Conference (SCLC). As the organization’s Educational Director, Cotton ran SCLC’s Citizenship Education Program (CEP) for twelve years, which helped empower disenfranchised African Americans to register to vote. She also helped organize student involvement in the 1963 Children’s Crusade in Birmingham, Alabama.  Cotton traveled with King to Oslo, Norway in 1964 when he won the Nobel Peace Prize, and she was in the room next to King’s the night before his assassination in Memphis on April 4, 1968.

Born Dorothy Lee Foreman on June 9, 1930, in Goldsboro, North Carolina, Dorothy’s mother, Maggie Foreman, died when Dorothy was three, leaving her father, an angry and abusive man named Claude, to raise her and her three sisters during the Great Depression.

In 1948, Cotton enrolled in Shaw University, in Raleigh, before transferring to Virginia State, in Petersburg, and put herself through school working as the president’s housekeeper. She earned a B.A. in English and library studies in 1952 and later earned her master’s in speech therapy from Boston University in Massachusetts.

While attending Virginia State, she met George Cotton, who worked in the motor pool in Fort Lee, a nearby Army post. George and Dorothy were married after she graduated, but they later separated when she left Petersburg to work for the SCLC in Atlanta, Georgia; they never divorced.

Cotton’s life as an activist began at Gillfield Baptist Church in Petersburg where Rev. Dr. Wyatt Tee Walker was the pastor; he was also the leader of the Petersburg branch of the NAACP, and she became his secretary. In 1959, she organized protests against segregation in Petersburg’s public library and the whites-only lunch counter in the local Woolworth’s. In 1960, she met Dr. King for the first time, when he spoke at Gillfield. When King extended an invitation for Dr. Walker to become the new executive director of the SCLC, Cotton went along with her boss to Atlanta.

Cotton quickly moved up the ranks to become the Educational Director, overseeing the CEP, which functioned as a training program for voting-rights activism and non-violent protest. In 1963, she helped train children in demonstration techniques for the Children’s Crusade in Birmingham, Alabama. In 1964, she organized the SCLC’s night marches in Saint Augustine, Florida, and while there, she took a dozen local children for a “wade-in” to protest a segregated beach. This ended in a horrific beating by local police, and Cotton suffered permanent hearing damage in her left ear.

By 1966, Cotton’s relationship with Dr. King was very close, and the two traveled extensively together in his final years. Cotton was greatly shaken by King’s death and left the SCLC a few years later. She held a number of positions at various community organizations throughout the 1970s before moving to Ithaca, New York, to work as the Director of Student Activities at Cornell University in 1982. After her retirement in 1991, Cotton opened a consulting firm in Ithaca, focused on social change.