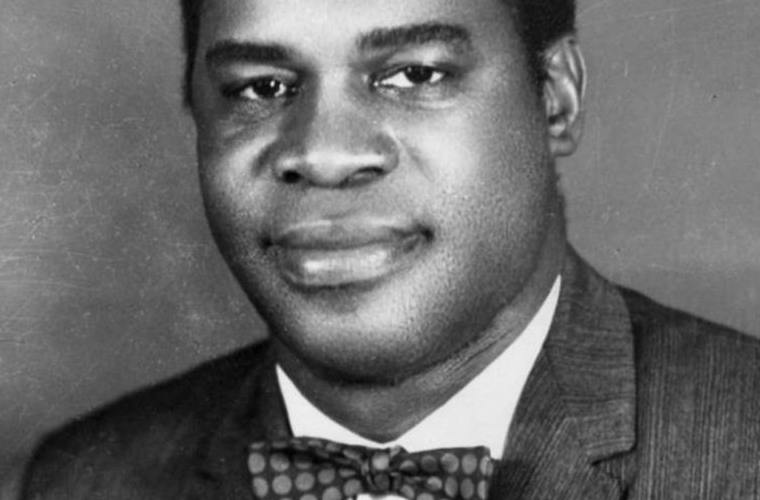 Eduardo Mondlane, educator, nationalist, and leader of the Mozambique independence movement, was born on June 20, 1920, in the Gaza District of Southern Mozambique, which at the time was under the colonial rule of the Portuguese. He was the child of a Tsonga chief, the fourth of sixteen sons, and the only one of his family to receive even a primary education.

Mondlane attended a number of mission primary schools and also worked as a shepherd for part of his youth before obtaining a scholarship to attend a Presbyterian secondary school in the Transvaal, South Africa. Mondlane was then admitted into Witwatersrand University in Johannesburg, but in 1949, only a year later, he was expelled from South Africa as his nationalistic views came into conflict with the government which had recently embraced apartheid.

Eduardo Mondlane continued his education.  In 1950 he was accepted into the University of Lisbon, Portugal but later transferred to Oberlin College, Ohio in the United States.   Mondlane obtained a degree in Sociology and Anthropology from Oberlin College and then completed a Ph.D. in Sociology from Northwestern University in Illinois. Later when he became the leader of Frente de Libertacao de Mocambique (FRELIMO), Mondlane always made education for young Africans one of his foremost priorities, creating scholarship opportunities for Mozambican children in education.

In June 1962 Mondlane left the United States for Dar es Salaam, Tanzania, where he helped form, and subsequently became president of FRELIMO, an organization made up of exiled Mozambiquican nationalists.  With the backing of the Soviet Union and many African nations, FRELIMO launched a guerrilla war in 1964 against the colonial Portuguese government in order to win Mozambique’s independence. With Mondlane as president of FRELIMO, the campaign for independence was also a campaign for a socialist state.

In 1969 Mondlane was killed by a bomb which had been disguised as a notebook and sent to him by unknown assassins. However, FRELIMO continued to fight for independence.  By the early 1970s, it controlled central and northern Mozambique despite being outnumbered by the Portuguese military 7,000 to 60,000. In 1974, following a military coup in Lisbon, Portuguese colonial policy dramatically changed.  On June 25, 1975, FRELIMO was given control of Mozambique and the country gained its independence.