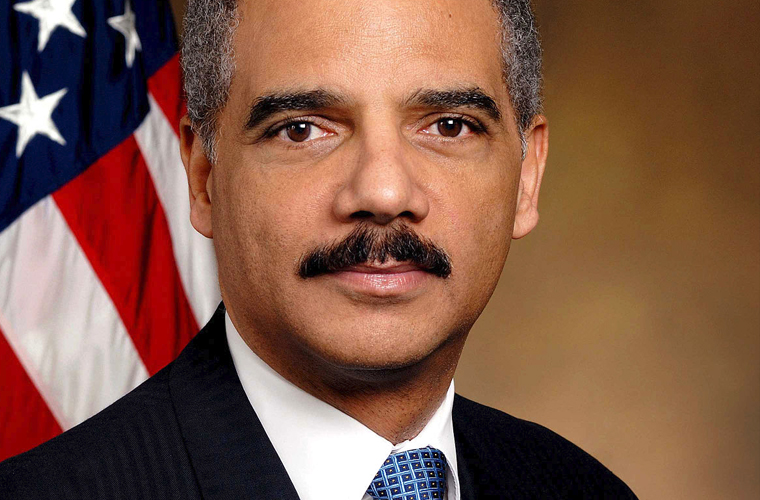 Holder grew up in Queens, New York, and attended the prestigious Stuyvesant High School before enrolling at Columbia University. After graduating with a degree in American history (1973), he remained at Columbia to complete a law degree (1976). In 1976 Holder joined the U.S. Justice Department’s public integrity office, where he prosecuted cases involving government corruption. U.S. Pres. Ronald Reagan nominated him to be a superior court judge for the District of Columbia in 1988, and during his tenure, he presided over civil and criminal cases in one of the country’s busiest court systems.

In 1993 Pres. Bill Clinton nominated Holder to serve as U.S. attorney for the District of Columbia. Confirmed by the Senate later that year, he became the first African American to head the country’s largest U.S. attorney’s office. Holder made community outreach a priority, establishing a domestic violence task force and forging partnerships with local law enforcement and civic groups. He also worked to reduce gun crime. In 1997 Holder was named deputy attorney general, the second highest official at the Justice Department. The post gave him the opportunity to expand on the initiatives that he had launched as U.S. attorney. He stressed the importance of citizen involvement in the legal process, and his Lawyers for One America project encouraged diversity within the legal profession. After leaving office in 2001, he joined a law firm in Washington, D.C. In November 2008 President-elect Barack Obama selected Holder to serve as attorney general, and he was confirmed (75–21) by the Senate in February 2009. 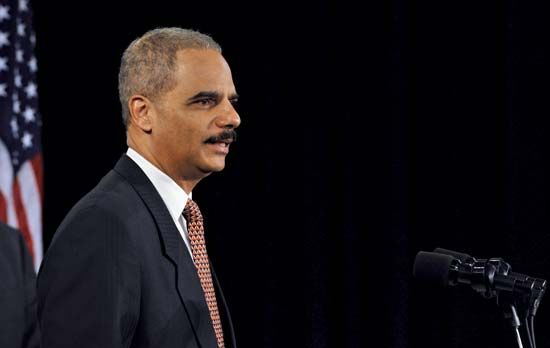 During his term in office, Holder broke with the precedent established by the administration of Pres. George W. Bush and advocated civilian, rather than military, trials for terrorism suspects. This recommendation met with resistance from Republican lawmakers, who introduced a measure that prohibited the transfer of prisoners from the Guantánamo Bay detention center to the United States for such trials. Holder’s Justice Department initiated an investigation of the New Orleans police department, spurred by accusations of police misconduct in the wake of Hurricane Katrina. The result was the preparation of a consent decree that would place the department under federal oversight. Holder once again clashed with Republican legislators in the wake of Operation Fast and Furious, a Bureau of Alcohol, Tobacco, Firearms and Explosives investigation of gun trafficking on the U.S.-Mexico border from late 2009 to early 2011. After Holder failed to respond to a congressional subpoena of documents relating to the operation, and in spite of an assertion of executive privilege by Obama, the Republican-led House voted in June 2012 to find Holder in contempt of Congress. The vote marked the first time that a sitting member of the cabinet had been cited for contempt.

In September 2014 it was announced that Holder would be stepping down as attorney general. He was succeeded by Loretta Lynch in April 2015. Holder subsequently returned to private practice, but he remained involved in politics and was especially noted for his opposition to gerrymandering. In 2017 he became chairman of the National Democratic Redistricting Committee.