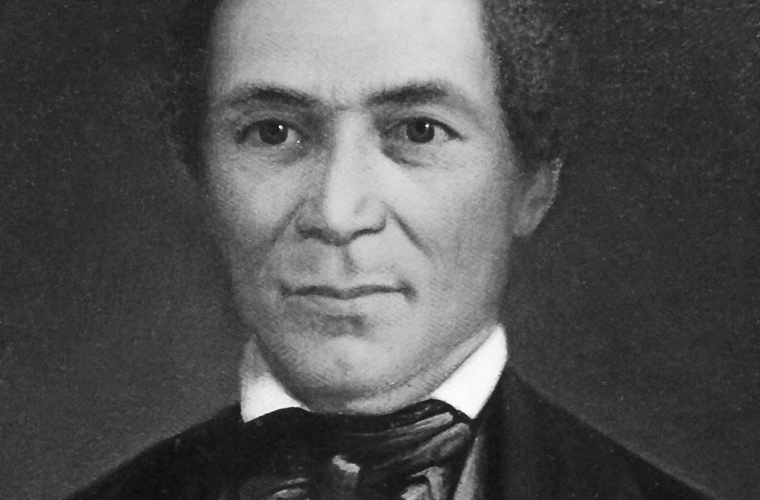 John Brown Russwurm (1799-1851), African American and Liberian journalist, educator, and governor, was co-editor of the first African American newspaper. After he emigrated to Africa, he became governor of Maryland-in-Liberia.

John Russwurm was born on Oct. 1, 1799, in Jamaica, British West Indies, of a Creole woman and a white American father. When his father returned to the United States in 1807, the boy was sent to Canada for schooling. His father’s new wife brought John to their Maine home and insisted that he be fully educated. He graduated from Bowdoin College in 1826, one of the first two blacks to graduate from any college.

Russwurm declined a position in Liberia and in 1827 joined Samuel Cornish, another free black, to edit Freedom’s Journal, the first newspaper published by and for blacks. At first, following Cornish’s lead and in line with the opinions of most articulate free blacks, the paper opposed the American Colonization Society (ACS), sponsor of Liberia as a home for blacks. When Cornish left, Russwurm began shifting editorial policy concerning emigration. In February 1829 he announced support for colonization; antagonistic black subscribers let the newspaper die and heaped verbal abuse on Russwurm. By the end of the year, he had settled in Liberia.

In 1830 Russwurm became superintendent of schools, and he also edited the Liberia Herald. Elected to office by the Liberian settlers, he served as secretary of the colony until ACS officials in the United States dismissed him in 1836. Angered by this refusal to let black men govern themselves, he left Monrovia and became governor of Maryland-in-Liberia, the African settlement sponsored by the Maryland Colonization Society.

Russwurm governed the colony from 1836 until 1851, ruling wisely although with a strong hand. He enabled the colony to survive by keeping peace with surrounding Africans. He found remedies for problems of finance, trade, agriculture, justice, representative government, and relations with American supporters of the colony. After Liberia became an independent republic in 1847, Russwurm worked to unite the two settlements, but differences between the settlers and between their two supporting societies in the United States prevented unification until after his death.

Russwurm was a man of administrative ability and intellectual accomplishment. He had a proud sense of destiny for the African race, maintaining that they were equals of all men and should govern themselves. He left a clear mark on African American history. Like other black nationalists, he despaired of gaining equality in the United States and rejected that nation for Africa. He died on June 17, 1851.