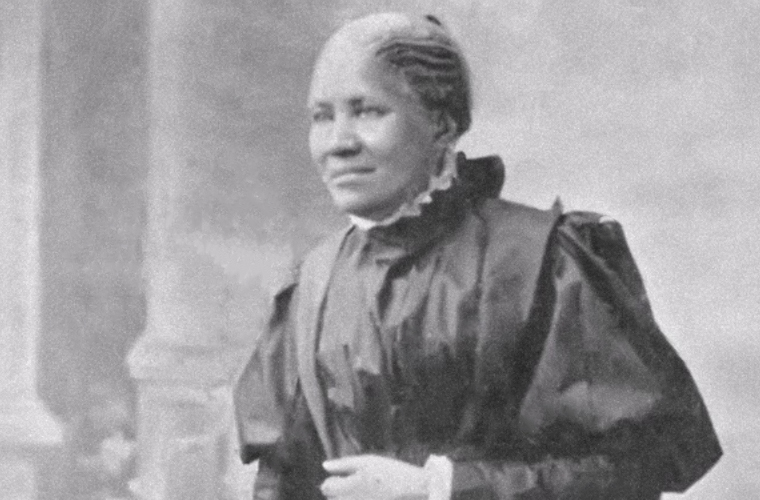 Frances Watkins was the daughter of free black parents. She grew up in the home of an uncle whose school for black children she attended. At age 13 she went to work as a domestic in a Baltimore, Maryland, household but continued her education on her own. About 1845 she published a collection of verses and prose writings under the title Forest Leaves. During 1850–52 she taught sewing at Union Seminary, a work-study school operated by the African Methodist Episcopal Church near Columbus, Ohio. Later she taught in Little York, Pennsylvania. The rising heat of the abolitionist controversy and the consequent increasing stringency of slave laws in Southern and border states at length drew her into the public arena.

In August 1854 in New Bedford, Massachusetts, Watkins delivered a public address on “Education and the Elevation of the Colored Race.” Her success there led to a two-year lecture tour in Maine for the State Anti-Slavery Society, and from 1856 to 1860 she spoke throughout the East and Midwest. In addition to her antislavery lecturing, she read frequently from her second book, Poems on Miscellaneous Subjects (1854), which was quite successful and was several times enlarged and reissued. It addressed the subjects of motherhood, separation, and death and contained the antislavery poem “Bury Me in a Free Land.” Generally written in conventional rhymed quatrains, her poetry was noted for its simple rhythm and biblical imagery. Its narrative voice reflected the storytelling style of the oral tradition. She also contributed to various periodicals; her story “The Two Offers” in the Anglo-African Magazine in September–October 1859 was said to be the first published by an African American author.

In 1860 Frances Watkins married Fenton Harper. When he died in 1864, she returned to the lecture platform. After the Civil War, Harper made several lecture tours of the South with addresses on education, temperance, and other topics, and in 1872 she published Sketches of Southern Life, a series of poems told in black vernacular. From 1883 to 1890 she was in charge of activities among blacks for the national Woman’s Christian Temperance Union. She became a director of the American Association of Education of Colored Youth in 1894, and in 1896 she helped organize the National Association of Colored Women, of which she was elected a vice president in 1897.

Her novel Iola Leroy; or, Shadows Uplifted was published in 1892. She also wrote three novels serialized in The Christian Recorder, a religious periodical: Minnie’s Sacrifice, Sowing and Reaping, and Trial and Triumph, all of which were published in book form in 1994. Harper’s works were collected in Complete Poems of Frances E.W. Harper (1988) and A Brighter Coming Day: A Frances Ellen Watkins Harper Reader (1990).