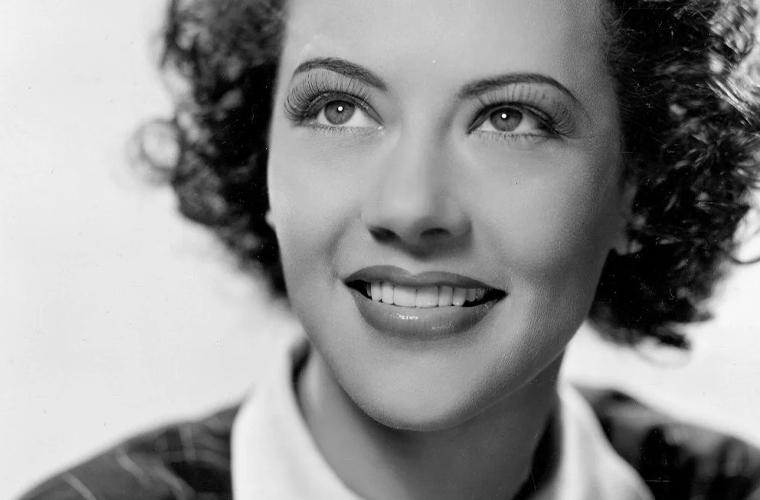 Fredericka Carolyn “Fredi” Washington was born in Savannah, Georgia, in 1903 and died in Stamford, Connecticut, in 1994. Fredi began her career as a dancer at the Cotton Club in Harlem during the 1920s. She appeared in Black and Tan, a short film featuring Duke Ellington and his orchestra, in 1929 and went on to a career in motion pictures. She is most famous for her portrayal of Peola in Imitation of Life (1934). Paola, a light-skinned young African American woman, chooses to pass as white in order to escape racial discrimination.

Like Peola, Fredi experienced limited opportunities because of her race, but unlike Peola, she never denied her African American heritage. She helped found the Negro Actors Guild of America in 1937 and served as Entertainment Editor of the People’s Voice, established in 1942 by Adam Clayton Powell Jr., who married Fredi’s sister. Fredi was also active in the National Association for the Advancement of Colored People (NAACP). She played opposite the great African American actor Paul Robeson on several occasions, most notably in the film version of The Emperor Jones in 1933, but also in a 1926 production of Black Boy at the Stamford Theater.

Fredi’s first husband was Lawrence Brown, a trombonist in Duke Ellington’s orchestra. After they divorced in 1951, she married a Stamford dentist, Hugh Anthony Bell, and moved to suburban Greenwich. Bell died in 1970. In 1975, Fredi was inducted into the Black Filmmakers Hall of Fame; in 1979, she received a CIRCA Award for lifetime achievement in the performing arts. She was 90 years old when she died of pneumonia in 1994.

The Fredi Washington Collection at The Connecticut Historical Society includes photographs of Fredi, her family, and her friends. Additional selections from the collection may be viewed in the CHS online catalog eMuseum.