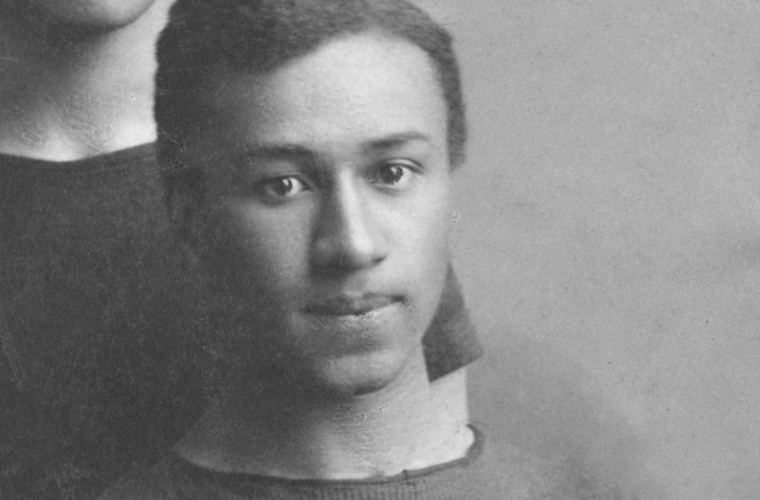 George Poage ran track in the 1904 Olympic games and was the first African American to ever win an Olympic medal. Poage was born in Hannibal, Missouri on November 6, 1880, but spent most of his childhood growing up in La Crosse, Wisconsin. As a teen, he excelled both in academics and athletics. Poage attended La Crosse High School, ranked second in his class, and was his commencement salutatorian. He also was the first African American to graduate from the school. Poage received his high school diploma in 1899 and decided to continue his education at the University of Wisconsin.

Poage was the first black athlete to run for the University of Wisconsin. Poage joined the school’s freshman track team and made the varsity team his sophomore year. He consistently won points for the Badgers in his specialized events, short sprints and hurdles, quickly gaining the respect of his teammates. After graduating in 1903 with a degree in history, Poage returned to UW to take graduate classes and continue running track. He continued to break barriers and set records as an athlete, becoming in 1903 the first African American Big Ten track champion (individually) by placing first in the 440-yard dash and the 220-yard hurdles.

In 1904, the third Olympic games were being held at the World’s Fair in St. Louis. However, separate facilities had been built for African American spectators, causing many people to boycott the Games in protest of racial segregation. Despite calls for black athletes to avoid the games, Poage decided to compete. Poage became the first African American to medal in the Olympics, placing third in the 220-yard hurdles and the 440-yard hurdles.

Following his short career as a runner, Poage moved to St. Louis to become a teacher at Charles Sumner High School. Spending just under 10 years there, in 1914 he purchased a farm in Minnesota. By 1920 he relocated to Chicago. He encountered few opportunities as an African American despite his athletic and academic successes, and after a series of jobs, he eventually found steady work as a postal clerk. Poage worked for the U.S. Post Office for nearly 30 years before retiring in 1950. George Coleman Poage spent the remainder of his life in Chicago until he passed at the age of 82, on April 11, 1962.