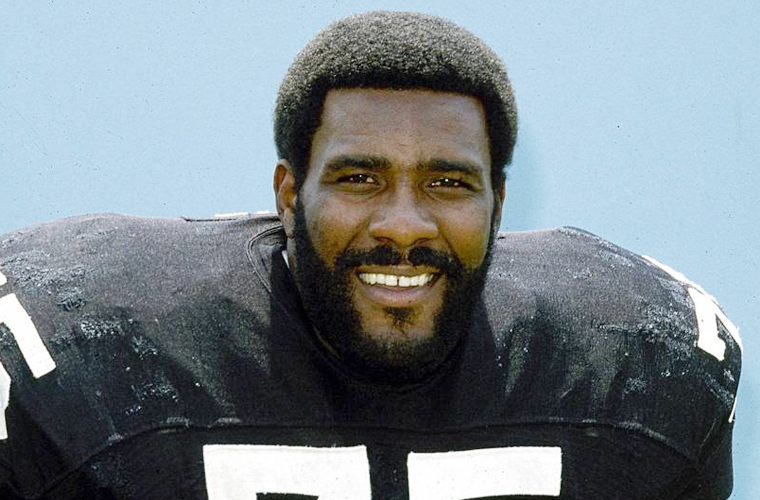 Greene was a consensus All-American defensive tackle at North Texas State University (now known as the University of North Texas) in 1968, and he was chosen by the Pittsburgh Steelers with the fourth overall selection of the 1969 NFL draft. Once he joined the Steelers after a contract holdout, Greene was an instant success on the field—he was named Defensive Rookie of the Year for 1969—but his frequent temperamental outbursts led to charges of immaturity. While Greene continued to play with an aggressive streak throughout his career, his ever-increasing dominance of opposing offensive linemen, buttressed by his thoughtful and gracious off-field demeanor, served to stem doubts about his ability to thrive in the NFL.

Throughout the 1970s Greene served as the anchor of Pittsburgh’s famed “Steel Curtain” defense and was a key player in four Steelers Super Bowl victories (1975, 1976, 1979, 1980). Over the course of his 13-year career, all of which was with the Steelers, he was voted to 10 Pro Bowls and was twice named the NFL’s Defensive Player of the Year (1972, 1974). After his retirement in 1982, Greene spent time as an assistant coach for a number of NFL teams, and he worked as a special assistant to the Steelers’ scouting department from 2004 until 2013.

Greene also acted in several television programs and films both during and after his playing days. He was especially noted for a 1979 television commercial for Coca-Cola that featured a battered postgame Greene being offered a bottle of the soft drink by a young fan who is in turn rewarded—in an oft-replayed and parodied moment—by Greene’s tossing him his jersey. In 1987 Greene was inducted into the Pro Football Hall of Fame.