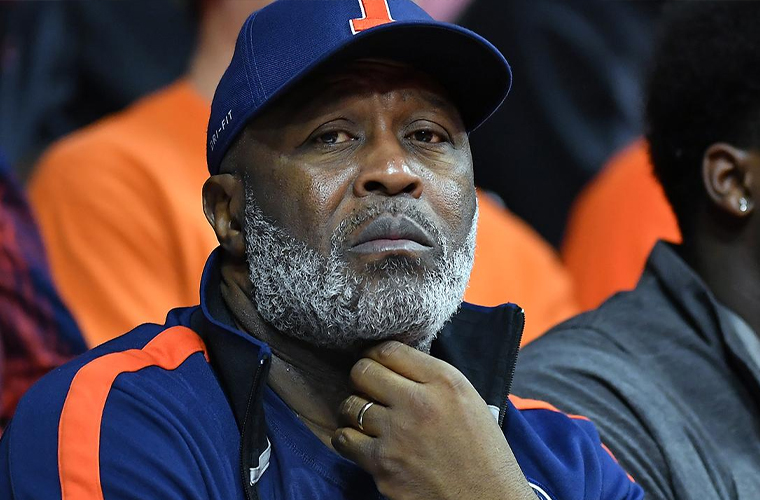 In 2004 Lovie Smith became the first African-American coach ever to lead the Chicago Bears of the National Football League (NFL). Three years later he made NFL history along with the coach of the Indianapolis Colts, Tony Dungy when their two teams competed at Super Bowl XLI. The showdown served as a historic turning point for the league in its efforts to diversify its management ranks, with the season’s two best franchises both coached by African Americans. “It’s not just African-American, it’s how you do it. Doing it with excellence, whether you are a minority, majority, whatever, anybody who gets the opportunity can do it well and do it with excellence,” Dungy—a longtime friend of Smith’s—said at the postgame press conference, according to Warren Richey of the Christian Science Monitor. “Lovie and I are just the results of people getting an opportunity.”

Smith’s parents were expecting a daughter when he arrived on May 8, 1958, and stuck to their original plan to name the third of their five children “Lovie” in honor of his great-aunt, Lavana. The family lived in Big Sandy, Texas, a small town in the eastern part of the state, and he attended a segregated school for the first few years of his elementary education. His father, Thurman, was a hospital laundry supervisor with a severe drinking problem for much of Smith’s early life, but father and son were always close. Smith’s mother, Mae, worked as a hospital cook and later in a factory. Despite the hardships of his early years, Smith recalled that his parents were always encouraging and supportive of their children’s aspirations, repeatedly telling them, “‘You’re special. Whatever you want to accomplish, you can,’” he recalled in an interview with New York Times journalist John Branch. “When you hear that over and over, there’s no hurdle that’s going to make you say, ‘Hey, I can’t do that.’”

Smith won praise for helping the Buccaneers improve their numbers during his five years with the team and was lured away in 2001 by the St. Louis Rams to take up its defensive coordinator position. The Rams had finished the 2000-01 season with an abysmal statistic: they allowed 471 points, which was the highest in the NFL that season for a team that had won a playoff berth. Smith worked with the defensive players to improve their performance, and the points-allowed number tumbled appreciatively. Smith credited the improvement to a simple strategy, telling New York Times journalist Mike Freeman, “If you hustle you’ll get turnovers,” using the term for when the offense loses the ball because of a fumble or interception, “and if you get turnovers, you win.”

Smith was standing at the side of a road waiting for a tow truck in 2004, just after an accident involving one of his three sons, when a call came in on his mobile phone offering him the head coaching job with the Chicago Bears. After a dismal 7-9 finish, the Bears’ owners had fired coach Dick Jauron; once on board, however, Smith struggled to improve the team’s performance during its 2004-05 season, when it was hampered by the loss of its starting quarterback, Rex Grossman, to injury. It finished that year 5-11, but by the end of the next season, Smith had managed to reverse that number, ending 11-5, despite another injury that sidelined Grossman for much of the year. The Bears even reached the National Football Conference (NFC) North conference title before losing to the Carolina Panthers 29-21 in their first postseason appearance in four years.

Smith’s Bears began the 2006 season with a bang, winning their first seven games, including a stunning season-opener upset against archrival Green Bay in which the Packers were trounced 26-0. Chicago ended the season 13-3 and with another first-place finish in the NFC North division. In the playoffs, they beat the Seattle Seahawks in overtime, then eliminated the New Orleans Saints the following weekend. Later that same Sunday, the Indianapolis Colts—now coached by Dungy—took the American Football Conference (AFC) division title, and newspaper headlines the next morning trumpeted the fact that for the first time in NFL history, the Super Bowl would be a match-up between two teams both led by African-American coaches.

The two longtime friends faced off in Super Bowl XLI on February 4, 2007, at Dolphin Stadium in Miami. Dungy’s Colts won 29-17, but he and Smith met afterward on the field and embraced as their teams shook hands with one another. There were far deeper similarities between the coaches than just race, however: Both were deeply religious men and open about their faith, and they seemed to embody a new, kinder breed of a coach in the NFL after years of ferociously tempered leaders. Both were famous for never even swearing, let alone letting loose a tirade to be captured by television cameras when a player made an error. As Smith told Kevin Chappell in Ebony, “Yelling and screaming, that’s one of the most overrated [coaching] ideas out there. Maybe in the old days, that’s what you had to do. Nowadays, what I’ve found is that if you tell guys what to do … they will do it. You don’t have to belittle them, threaten them.” He credited Dungy with serving as a role model once he entered the NFL coaches’ ranks. “When you’ve got this basic philosophy, sometimes you need to see somebody else do it that you really respect, too,” he explained to Branch, the New York Times writer. “When I came into the league, that’s what I saw.”