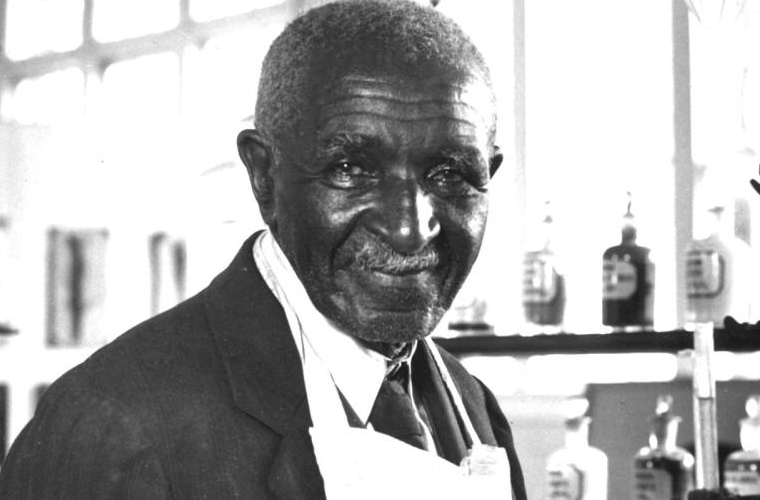 George Washington Carver, (born 1861?, near Diamond Grove, Missouri, U.S.—died January 5, 1943, Tuskegee, Alabama), American agricultural chemist, agronomist, and experimenter whose development of new products derived from peanuts (groundnuts), sweet potatoes, and soybeans helped revolutionize the agricultural economy of the South. For most of his career, he taught and conducted research at the Tuskegee Normal and Industrial Institute (now Tuskegee University) in Tuskegee, Alabama.

Carver was born into slavery, the son of a slave woman named Mary, owned by Moses Carver. During the American Civil War, the Carver farm was raided, and infant George and his mother were kidnapped and taken to Arkansas to be sold. Moses Carver was eventually able to track down young George but was unable to find Mary. Frail and sick, the motherless child was returned to his master’s home and nursed back to health. With the complete abolition of slavery in the United States in 1865, George was no longer a slave.

Nevertheless, he remained on the Carver plantation until he was about 10 or 12 years old when he left to acquire an education. He spent some time wandering about, working with his hands and developing his keen interest in plants and animals. He learned to draw, and later in life, he devoted considerable time to painting flowers, plants, and landscapes.

By both books and experience, George acquired a fragmentary education while doing whatever work came to hand in order to subsist. He supported himself by varied occupations that included general household worker, hotel cook, laundryman, farm laborer, and homesteader. In his late 20s, he managed to obtain a high school education in Minneapolis, Kansas while working as a farmhand. After a university in Kansas refused to admit him because he was black, Carver matriculated at Simpson College, Indianola, Iowa, where he studied piano and art, subsequently transferring to Iowa State Agricultural College (later Iowa State University), where he received a bachelor’s degree in agricultural science in 1894 and a master of science degree in 1896.

Carver left Iowa for Alabama in the fall of 1896 to direct the newly organized department of agriculture at the Tuskegee Normal and Industrial Institute, a school headed by noted African American educator booker T. Washington.

At Tuskegee, Washington was trying to improve a lot of African Americans through education and the acquisition of useful skills rather than through political agitation; he stressed conciliation, compromise, and economic development as the paths for black advancement in American society. Despite many offers elsewhere, Carver would remain at Tuskegee for the rest of his life.

After becoming the institute’s director of agricultural research in 1896, Carver devoted his time to research projects aimed at helping Southern agriculture, demonstrating ways in which farmers could improve their economic situation. He conducted experiments in soil management and crop production and directed an experimental farm. At this time agriculture in the Deep South was in steep decline because the unremitting single-crop cultivation of cotton had left the soil of many fields exhausted and worthless, and erosion had then taken its toll on areas that could no longer sustain any plant cover.

As a remedy, Carver urged Southern farmers to plant peanuts (Arachis hypogaea) and soybeans (Glycine max). As members of the legume family (Fabaceae), these plants could restore nitrogen to the soil while also providing the protein so badly needed in the diet of many Southerners. Carver found that Alabama’s soils were particularly well-suited to growing peanuts and sweet potatoes (Ipomoea batatas), but when the state’s farmers began cultivating these crops instead of cotton, they found little demand for them on the market. In response to this problem, Carver set about enlarging the commercial possibilities of the peanut and sweet potato through a long and ingenious program of laboratory research.

In 1914, at a time when the boll weevil had almost ruined cotton growers, Carver revealed his experiments to the public, and increasing numbers of the South’s farmers began to turn to peanuts, sweet potatoes, and their derivatives for income. The much-exhausted land was renewed, and the South became a major new supplier of agricultural products. When Carver arrived at Tuskegee in 1896, the peanut had not even been recognized as a crop, but within the next half century, it became one of the six leading crops throughout the United States and, in the South, the second cash crop (after cotton) by 1940. In 1942 the U.S. government allotted 2,023,428 hectares (5,000,000 acres) of peanuts to farmers. Carver’s efforts had finally helped liberate the South from its excessive dependence on cotton.

Among Carver’s many honors were his election to Britain’s Society for the Encouragement of Arts, Manufactures, and Commerce (London) in 1916 and his receipt of the Spingarn Medal in 1923. Late in his career, he declined an invitation to work for Thomas A. Edison at a salary of more than $100,000 a year. Presidents Calvin Coolidge and Franklin D. Roosevelt visited him, and his friends included Henry Ford and Mohandas K. Gandhi. Foreign governments requested his counsel on agricultural matters: Joseph Stalin, for example, 1931 invited him to superintend cotton plantations in southern Russia and to make a tour of the Soviet Union, but Carver refused.

In 1940 Carver donated his life savings to the establishment of the Carver Research Foundation at Tuskegee for continuing research in agriculture. During World War II he worked to replace the textile dyes formerly imported from Europe, and in all, he produced dyes of 500 different shades.

Many scientists thought of Carver more as a concoction than as a contributor to scientific knowledge. Many of his fellow African Americans were critical of what they regarded as his subservience. Certainly, this small, mild, soft-spoken, innately modest man, eccentric in dress and mannerism, seemed unbelievably heedless of the conventional pleasures and rewards of this life. But these qualities endeared Carver to many whites, who were almost invariably charmed by his humble demeanor and his quiet work in self-imposed segregation at Tuskegee. As a result of his accommodation to the mores of the South, whites came to regard him with a sort of patronizing adulation. Carver thus, for much of white America, increasingly came to stand as a kind of saintly and comfortable symbol of the intellectual achievements of African Americans.

Carver was evidently uninterested in the role his image played in the racial politics of the time. His great desire in later life was simply to serve humanity, and his work, which began for the sake of the poorest of the black sharecroppers, paved the way for a better life for the entire South. His efforts brought about a significant advance in agricultural training in an era when agriculture was the largest single occupation of Americans, and he extended Tuskegee’s influence throughout the South by encouraging improved farm methods, crop diversification, and soil conservation.