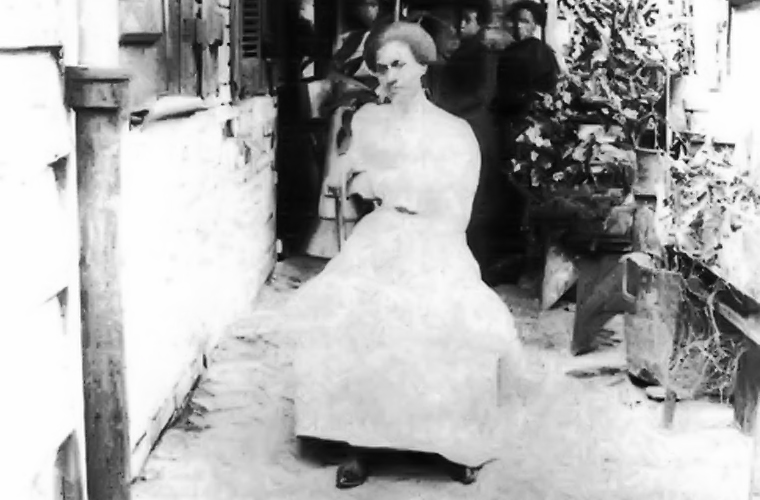 Teacher, civil rights activist, and author Barbara E. Pope were born free in January 1854, to former slaves Hannah and Alfred Pope, in the city of Georgetown, in the District of Columbia. Her parents were enslaved in New Jersey and her father, Alfred, became famous as one of a group of enslaved people who tried to escape in 1848 on the schooner Pearl. The couple and their children were freed when their owner died in 1850. After the Civil War Alfred Pope became a member of the Board of Trustees of Colored Schools of Washington and Georgetown and was responsible for his daughter becoming a schoolteacher at the age of 16 in 1873.

Barbara Pope began writing short stories, and four of her works were printed in 1881 in the weekly women’s publication, Waverly Magazine. Pope worked at the then 3-year-old Tuskegee Institute in Alabama for one year, 1884-1885, before she returned to teaching in Washington. Pope was assaulted by a student in 1888, and she refused to allow the student back into her class without an apology. When she didn’t find the student’s apology to be sufficient to match his actions, she resigned, ending her teaching career. By 1890, Pope was making a comfortable living publishing fiction.

In 1906, Pope boarded a train at Union Station in Washington, D.C., headed toward Paeonian Springs, Loudon County, Virginia, to vacation. She noticed that the “Colored Car” was small and uncomfortable, and the seats faced backward. Pope chose to sit in the main compartment of the train, despite her awareness of Virginia’s Jim Crow laws. As soon as the train crossed over the Potomac River into Virginia, the train conductor asked her to move to the “colored” car, and Pope refused. Her action took place 50 years before Rosa Parks did much the same on a Montgomery, Alabama, city bus. Although the conductor threatened her with arrest, Pope did not move from her seat in the main compartment. She was subsequently arrested at the Falls Church station and fined $10, equal to roughly $300 in 2021.

Members of the newly formed activist group the Niagara Movement, which was the forerunner of the National Association for the Advancement of Colored People (NAACP), convinced Pope to appeal her conviction in the Virginia Circuit Court. They argued that as an interstate traveler, Pope was not subject to Virginia’s Jim Crow laws. Pope lost the appeal but then filed the case with the Supreme Court of Virginia. In 1907, the Supreme Court overturned the verdict of guilty, exonerating Pope, and ordered the fine be refunded. The following year Pope sued the Southern Railway Co. for unethical treatment when it segregated her. She asked for damages of $20,000. The Supreme Court of the District of Columbia found in her favor in 1907 but awarded her $0.01.

Although Pope was a pioneer in challenging racial segregation on railroads, she paid a high personal price for her actions. She lost her income and suffered scrutiny and criticism from her family. This led her to months of depression and insomnia. On September 5, 1908, she pinned a note on her dress, identifying herself for the coroner, walked out to Lovers Lane beside Montrose Park in Georgetown, and hanged herself. She was 54 years old.