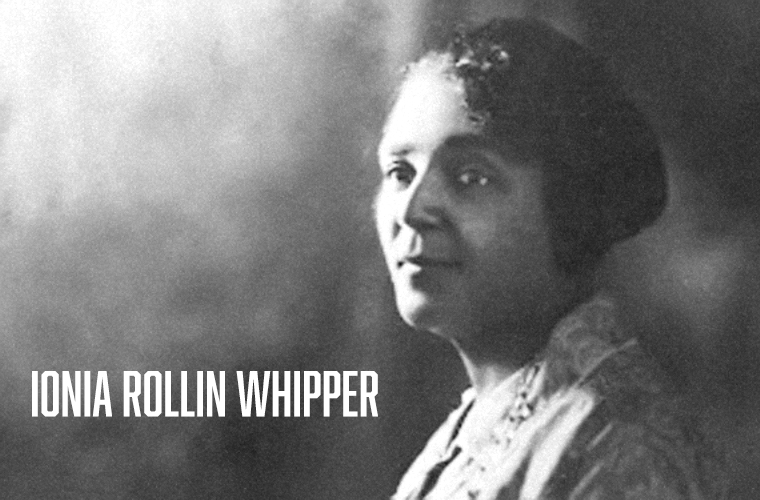 Ionia Rollin Whipper was born on this date in 1872. She was a Black obstetrician and public health outreach worker.

From Beaufort, South Carolina, both of Whipper’s parents were from Black families which had been free before the American Civil War. Her father, the lawyer William James Whipper, moved from Philadelphia to South Carolina after the war, becoming one of the first Black judges in the Reconstruction Era. He married Frances Anne Rollin; the couple had five children; Ionia was their third child.

As a result of marital discord, during the 1880s Frances moved with her children to Washington, D.C., where Ionia grew up. Ionia Rollin Whipper graduated from Howard University School of Medicine in 1903, as one of four women in her class. In 1911, she started her own private practice at 511 Florida Avenue NW, where she accepted only female patients. Between 1921 and 1929, Dr. Whipper worked for the United States Children’s Bureau, which employed her to travel through the rural South educating midwives. When she returned to Washington, she joined the staff of the maternity department at Freedmen’s Hospital.

After treating numerous unwed mothers, Dr. Whipper began to offer some of these young women room in her own home. In 1931, together with seven other women from St. Luke’s AME Church, she organized a charitable group, the Lend-A-Hand Club, which raised funds to support unwed Black mothers. That same year, with the club’s support, she purchased 3.5 acres of land where she opened the Ionia R. Whipper Home for Unwed Mothers, which served young women regardless of their race. Dr. Whipper continued to run the home until the early 1950s. Until the 1960s, when similar facilities for whites were desegregated, it was the city’s only maternity home that admitted young Black women.

It relocated in 1955 to a different location, and it is still operating today. In her later life, Dr. Whipper moved to New York, where she lived with relatives in Saratoga Springs and in New York City. She died at Harlem Hospital on April 13, 1953, and is interred in the columbarium at Fresh Pond Crematory.