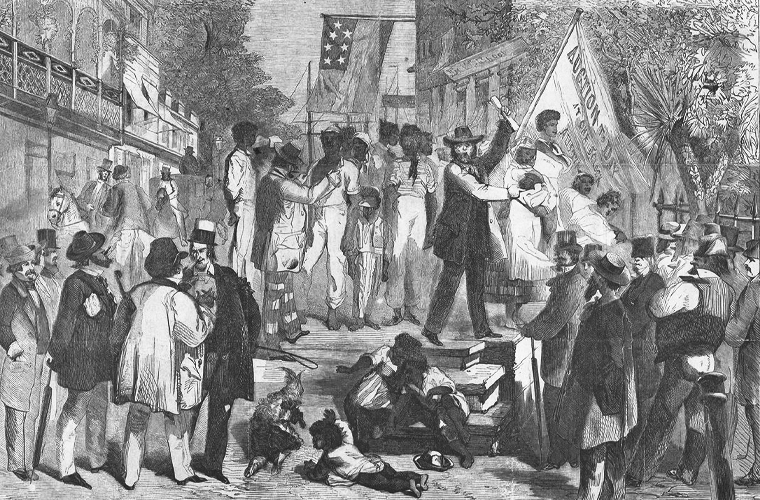 It poured rain at the Georgia racetrack that Wednesday and Thursday, and the wind blew water into the covered grandstand where the merchandise was gathered for auction.

Many of the offerings were “prime,” the catalog said. “London’s Kit” was for sale, and “Smith’s Bill,” and “Hector’s Bess.” Some were lame or unsound and might not fetch much. But the wealthy Philadelphia owner had squandered huge amounts of his money and needed cash.

So on March 2 and 3, 1859, Pierce Mease Butler, whose grandfather had signed the U.S. Constitution, sold off 429 human beings he “owned” in what historians say were the largest recorded auction of enslaved people in U.S. history. The incident became known as “the weeping time” or “the weeping days.”

Now, two prominent scholars, the award-winning Harvard historian Henry Louis Gates Jr., and the best-selling Washington author James Swanson, have embarked on a new study of the notorious event and an effort to find possible descendants of those sold.

“The auction … was horrible,” Gates, host of the popular PBS show “Finding Your Roots,” said in a recent interview at the National Book Festival in Washington. “They did filthy things to people. Women stripped them, poked them. Horrible.”

Families were broken up. Stricken loved ones were separated. And, often, those who had been sold were shipped to plantations far away from where they had been born.

When it was over, buyers and auctioneers celebrated with champagne. The sale had netted over $300,000 — roughly $9 million today, according to Internet inflation calculators.

Swanson, a collector, and author of top-selling books on the assassination of Abraham Lincoln said the project “is about not just the past. It’s about the present day, too.” 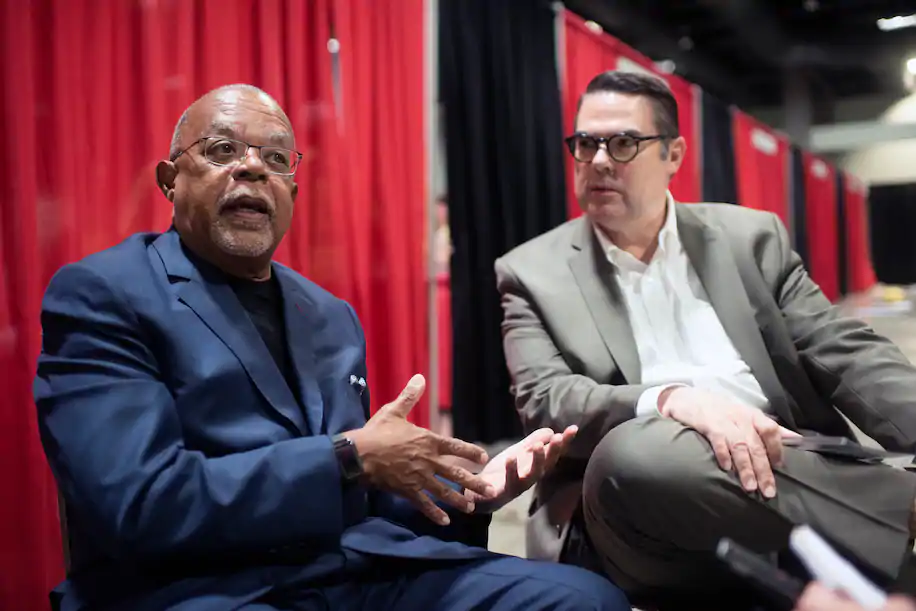 Historians Henry Louis Gates Jr. left, and James Swanson, shown here at the National Book Festival in August, is working on a book about “the weeping time.”

“Slavery and race are not at the periphery of the American experience,” Swanson said. “They’re at the very core of what America is.”

He said their researchers have already found some descendants and are seeking others. “Some of them won’t know that they’re part of this story,” he said. He said people who think they may be descendants can email TheWeepingDays@gmail.com.

The auction “marks the beginning of the end” of slavery, said Gates, author of this year’s “Stony the Road: Reconstruction, White Supremacy, and the Rise of Jim Crow.”

“The [Civil War] breaks out in April of ’61,” he said. “So it’s a huge transitional time. … You see the collapse of this wealthy plantation family … and the humiliation of having to sell these slaves. Unfortunately for them, it’s a year and a half” before the war that would end American slavery.

An earlier book, historian Anne C. Bailey’s 2017 work “The Weeping Time,” is also about the auction.”

The 1859 sale was the climax of the 150-year American tradition of buying and selling people at an auction.

This one was chronicled by an intrepid New York newspaper reporter who attended at great risk, pretending to be a buyer.

Butler, then about 49, was a fabulously rich Philadelphian who had only limited interaction with his family plantations near Darien, Ga., on the state’s coast. 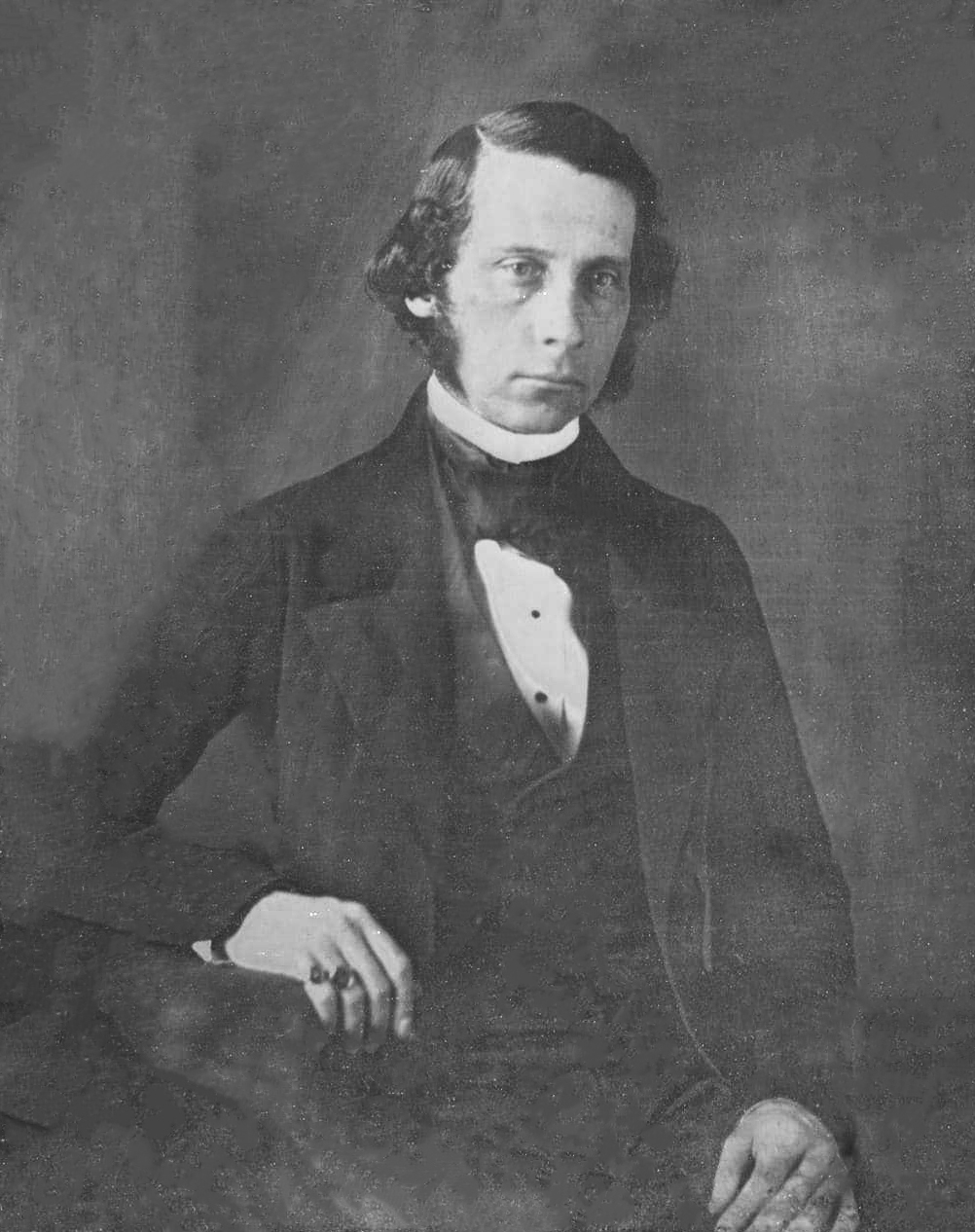 Pierce Mease Butler sold 429 enslaved men, women, and children at auction in 1859 to pay his debts.His grandfather, Pierce Butler, had been a delegate from South Carolina to the Constitutional Convention and had introduced its Fugitive Slave Clause, which required the return of captured runaways.

The younger Butler was divorced from a famous British actress. He had lost enormous sums of money in the financial crash of 1857-1858. And he had reputations for dueling, gambling, and infidelity, according to historian Malcolm Bell Jr.’s 1987 book about the Butlers.

Butler had wooed and married the superstar Shakespearean actress Fanny Kemble in 1834. But their marriage foundered, in part, over her hostility toward slavery and his dependence on it. 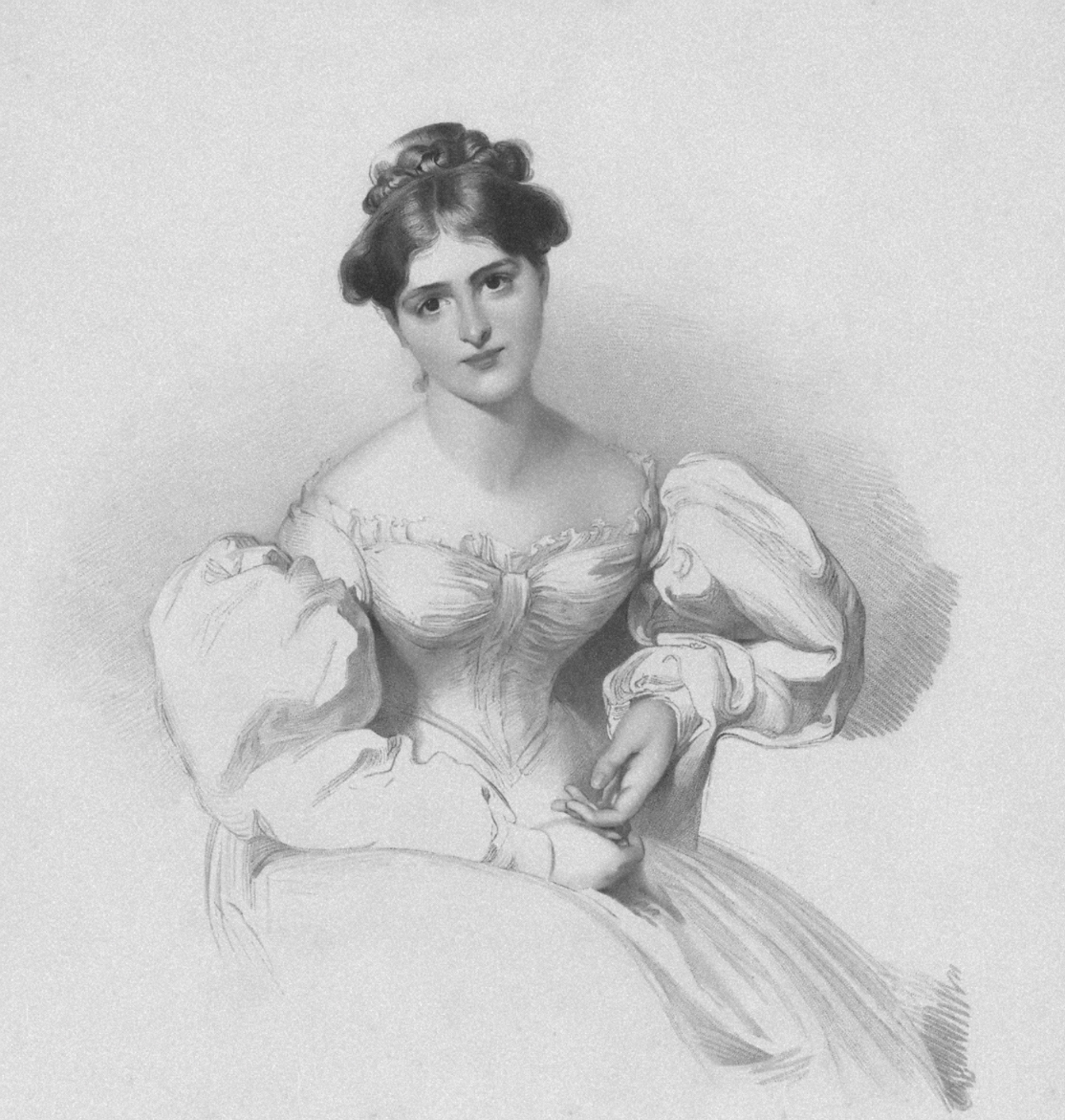 After they parted, she published in 1863 a graphic anti-slavery memoir based on a visit to her husband’s plantations.

“My heart is full almost to bursting as I walk among these poorest creatures,” she wrote. “Their nakedness clothes me, and their heavy toil maintains me in luxurious idleness.”

The auction was held at Savannah’s Ten Broeck racetrack, named for Richard Ten Broeck, the wealthy owner, breeder, and rider of thoroughbred racehorses.

The reporter was Mortimer Thomson, a popular newspaper satirist and later war correspondent who worked for the anti-slavery New York Tribune under the pen name “Doesticks.”

He had traveled to Savannah, mingled with the buyers, and even placed a low bid here and there to maintain his cover and avoid the “touching welcome” he would have received as a Yankee journalist. (A Savannah newspaper later called him a spy.)

His account in the Tribune six days later was a national sensation.

Five were named Sukey — one a 50-year-old cotton hand, another an 8-year-old.

There were three named Pompey. One was an 11-year-old boy. Another was a rice hand with a lame foot.

There were five Brams. One, age 47, was described in the auction catalog as a prime cotton driver of high character. Another Bram was 17. Another 9, another 7.

According to an original auction catalog, most of which survives in the Historical Society of Pennsylvania, in Philadelphia, four or five had what might be called last names. The rest, like most of the enslaved, did not. 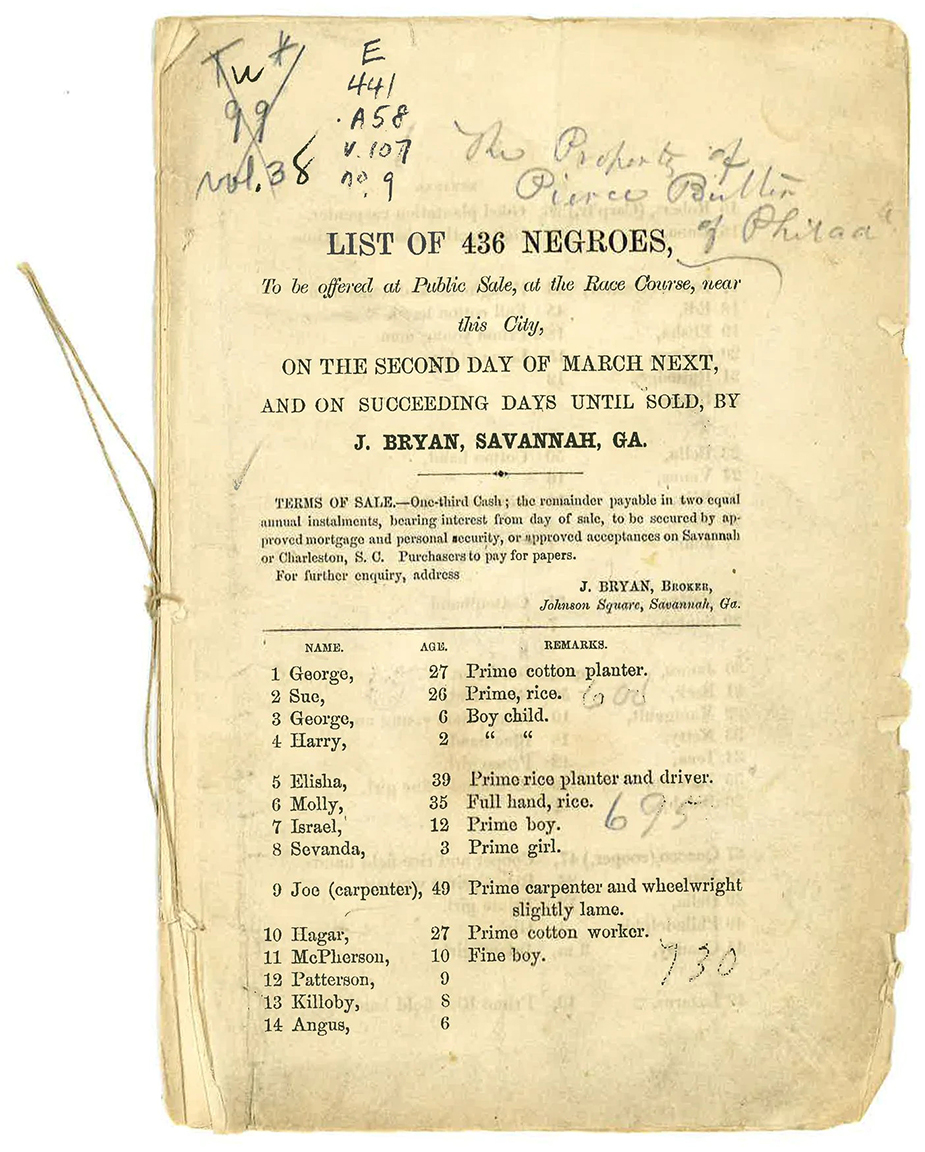 Auction catalog for the sale of enslaved people sold on March 2 and 3 in 1859 to settle the debts of Pierce Mease Butler. (Historical Society of Pennsylvania)

Carrying bundles, tin dishes, and drinking gourds, they had been transported during the prior week about 60 miles from the family’s plantations to the racetrack outside Savannah. There, for purposes of inspection, they were placed in sheds used for the horses and carriages of gentlemen race-goers, Thomson reported.

Many of the enslaved had lived their entire lives on the remote Butler land. “How many aching hearts have been divorced by this summary proceeding no man can ever know,” Thomson wrote.

“On the faces of all was an expression of heavy grief,” he recorded. “Some sat brooding moodily over their sorrows, their chins resting on their hands, their eyes staring vacantly … their bodies rocking to and fro with a restless motion that was never stilled.”

During the inspections, “the Negroes were examined with as little consideration as if they had been brutes,” he wrote. “The buyers pulling their mouths open to see their teeth, pinching their limbs to find how muscular they were.”

The auction had been heavily advertised, and the Savannah hotels were jammed with buyers and speculators. The event was handled by the local slave broker Joseph Bryan. One-third of the sale price was required upon purchase, the remainder to be paid in two equal annual installments that included interest. 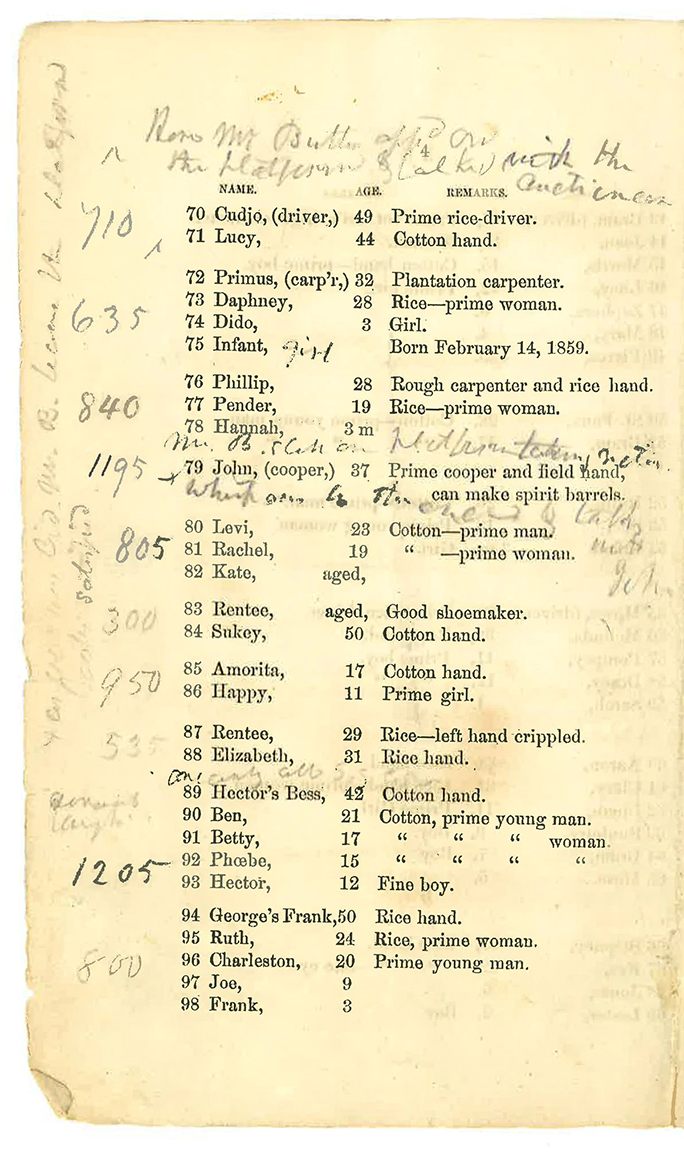 The catalog of those sold.

As the auction began, “the wind howled outside, and through the open side of the building the driving rain came pouring in,” Thomson wrote.

Thomson recounted how Elisha had spotted a “benevolent-looking” buyer and begged the man to purchase his family. Elisha said that he and his wife were good workers, that his wife was strong and had good teeth. She curtsied for the buyer.

Israel was “spry,” Elisha said. And Sevanda would make a good hand one day.

They were the first-rate bargain, Elisha pleaded.

But the buyer declined and bought someone else, Thomson noted. The family’s fate was not recorded.

At the conclusion, a crowd gathered around Butler, who had two canvas bags filled with coins.

“To every negro he had sold … he gave the munificent stipend of one whole dollar,” Thomson wrote. The coins were fresh from the mint, “to give an additional glitter to his generosity.” 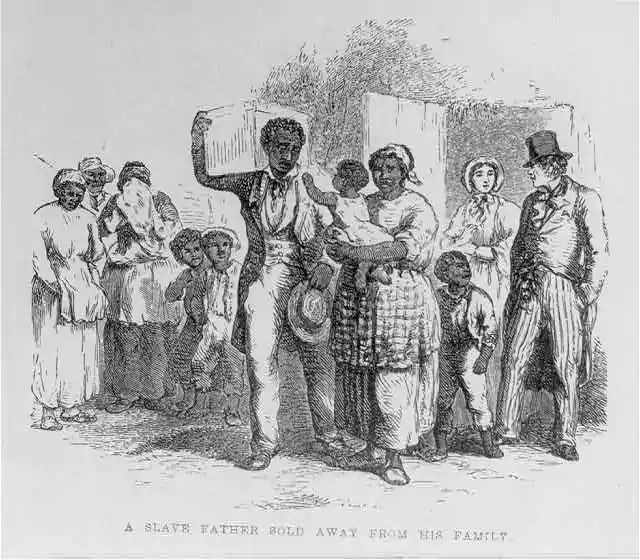 A sketch depicts an enslaved father being sold away from his family.